Myanmar seeks return of 8 cops who fled to Mizoram 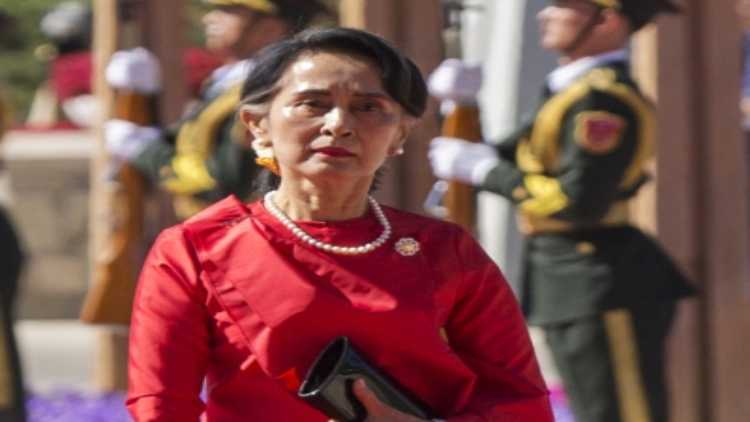 The Chin State of Myanmar has approached the Mizoram State in India to hand back 8 of its policemen who fled after they refused to follow order of the Military regime that took over the country recently, to open fire at the unarmed and peaceful protesters.

The Chin state has asked Mizoram to hand the cops to it as a ‘goodwill gesture.”

Human rights campaigners in India have opposed the move because they fear the eight may be executed.

Meanwhile in the continuing violence, at least seven people were killed in Myanmar after security forces opened fire on anti-coup protesters in two towns on Thursday.

Defying the global criticism and a UN call for restraint, the military junta stepped up the ante by formally leveling allegations of bribery against deposed leader Aung San Suu Kyi.

The violence on Thursday came within a day of the United Nations Security Council calling on the military to "exercise utmost restraint" in its response to peaceful demonstrators and rights group Amnesty International accusing the junta of adopting "battlefield tactics" against peaceful demonstrators.

Six people were killed in the central town of Myaing on Thursday when security forces fired on a protest rally.

Rescue workers confirmed at least six protestors had died and 20 others were injured, some seriously.

Doctors in a Myaing hospital said the death toll could rise as at least five of those injured were in serious condition.

A protest leader said that the demonstrations were peaceful and the firing "completely unprovoked".

One person was killed in the North Dagon district of Yangon, Myanmar's biggest city, journalists at Mizzima media said.

Mizzima is one of the four Myanmar media outlets whose license has been cancelled by the military and its TV broadcasts stopped.

But Mizzima editor Soe Myint, a folk hero of the 1988-90 student-youth uprising, said, in a statement, that his group will continue to "oppose and expose the illegal military junta".

Photographs posted on Facebook showed a man lying prone on the street, bleeding from a head wound.

Myanmar slipped into chaos after its military toppled the elected government of Aung San Suu Kyi on February 1 and huge protests erupted nationwide.

The Assistance Association for Political Prisoners advocacy group claims security forces have already killed more than 60 protesters and arrested more than 2,000 others in the ensuing crackdown.

The army has justified the coup on grounds that the November 2020 election, won by Suu Kyi's National League for Democracy, was marred by fraud. But Myanmar's Election Commission has refuted the charge.

On Thursday, military spokesman Brigadier General Zaw Min Tun, told a news conference in the capital, Naypyitaw, on Thursday that Suu Kyi had accepted illegal payments worth $600,000 as well as gold while in the government.

He claimed the information had been verified and many people were being questioned.

He said President Win Myint and several cabinet ministers had also engaged in corruption and that he had pressurised the Election Commission not to act on the military's reports of electoral fraud.

Zaw Min Tun, however, failed to provide any evidence of the new allegations.

A member of Suu Kyi's legal team said: "We assume that these will be part of new charges which will be used to extend (Suu Kyi's) detention".

Zaw Min Tun also reiterated on Thursday that the military would only be in charge for a certain period before holding an election. "We are on the road to authentic democracy," he said.

The military government has previously promised a new election within a year, but has not set a date.

Analysts say the apparent climbdown by the junta seemed a response to heavy global criticism, both in and outside the UN.

"The council calls for the military to exercise utmost restraint and emphasises that it is following the situation closely," it said in a statement.

Language that would have condemned the February 1 coup and threatened possible further action was removed from the UK-drafted text, due to opposition by China, Russia, India and Vietnam.

These countries want to give possible mediation a chance instead of driving the junta inwards.

The Civil Disobedience Movement, a campaign group, said the latest killings demonstrate the need for a "stronger message" from the international community.

"Right after the UNSC produces a condemnation statement, the terrorist junta again murdered people in broad daylight. What kind of message does it send to UNSC?" the group said in a post on Twitter.

In New York, UN Secretary-General Antonio Guterres said he hoped Wednesday's Security Council statement would push the military to realise it "is absolutely essential" that all prisoners are released and that the results of a November election are respected.