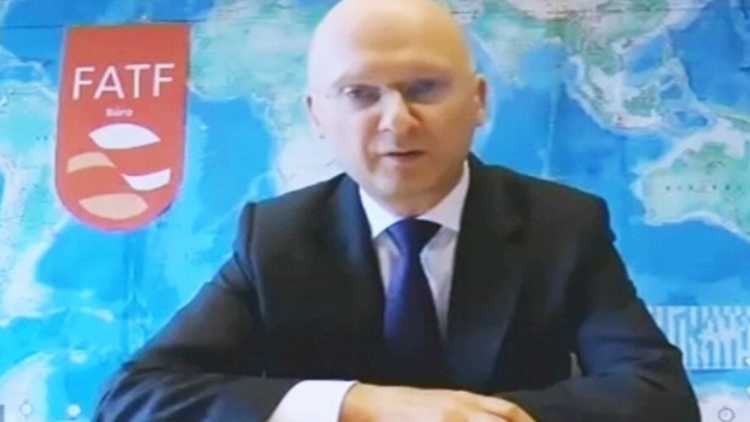 Pakistan will continue to remain on the increased monitoring of the global watchdog Financial Action Task Force (FATF) that is also known as the ‘grey list’ of countries that don’t follow global standards of checking money laundering and terror financing.

The decision to keep Pakistan on the list was announced at the end of FATF plenary in Paris that was held virtually.

Pakistan has to remain on the grey list till it addresses all items on the original action plan agreed to in June 2018 as well as all items on a parallel action plan handed out by the watchdog's regional partner – the Asia Pacific Group (APG) – in 2019.

Chairman of the FATF Dr Marcus Pleyer said, "Pakistan has made significant progress and it has largely addressed 26 out of 27 items on the action plan it first committed to in June 2018.”

However,  he said,  the item on financial terrorism still needed to be addressed which concerned the "investigation and prosecution of senior leaders and commanders of UN-designated terror groups."

Pakistan was still "failing to effectively implement the global FATF standards" across a number of areas.

"This means risks of money laundering remain high which in turn can fuel corruption and organised crime. That is why the FATF has worked with the Pakistan government to work on areas that need to be improved as part of the new action plan that largely focuses on money laundering risks. This includes increasing the number of investigations and prosecutions and making sure that law enforcement agencies cooperate internationally to trace, freeze and confiscate assets.

"This is about helping authorities stop corruption and prevent organised criminals from profiting from their crimes and undermining the financial system and legitimate economy in Pakistan," Pleyer said.

When asked about the new action plan after the APG evaluation, Pleyer said the plan had "six action items including enhancing international cooperation and demonstrating that assistance is being sought from foreign countries in implementing UN Security Council designations".

He said "this is about demonstrating that supervisors are conducting both onsite and offsite supervision commensurate with the specific risks associated with the non-financial sector."

"So the delisting will not occur before both action plans are completed and two onsite [assessments] have been granted and successfully completed and have shown that the improvements are sustainable before the FATF members decide on delisting," Pleyer said.

In clear terms Pakistan was told that unless it checks money laundering and leaves scope for terrorists to get funds through its institutions and demonstrates the implementation of the new system it will have to remain under the increased monitoring of the FATF.