We successfully avoided being blacklisted by FATF: Pak 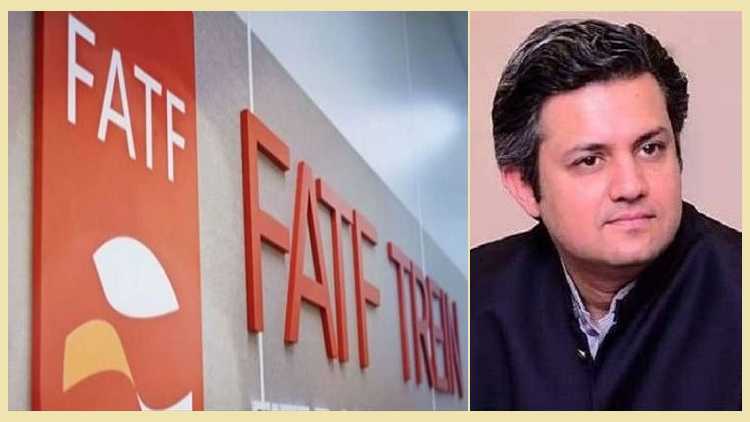 Pakistan has yet again managed to avoid being blacklisted by the global watchdog on money laundering and terror financing, claiming that the possibilities of the country being pushed from the grey list to the black list were zero.

The country's Federal Minister for Industries, Hammad Azhar, said that Pakistan's progress to comply with the action plan provided by the Financial Action Task Force (FATF) has been appreciated, even though full compliance may take more time.

"There is no possibility of Pakistan being blacklisted by the Financial Action Task Force anymore. I want to assure the nation that Pakistan has successfully avoided the blacklisting," Azhar said.

Azhar also said that Pakistan has been able to achieve major targets despite tough timelines put forward in the action plan.

"During the previous session, the FATF secretariat stated that blacklisting was not an option as the country has achieved significant progress," he said.

Azhar claimed the FATF has appreciated Pakistan's progress, stating that the country has achieved about 90 per cent of the targeted goals.

"Pakistan had the option to stop reporting when Covid-19 hit the country as many countries opted for it. But we took advantage of that time and continued with the reporting. And the result is in front of you," he said.

The Pakistan minster's statement came a day after the FATF announced to keep Pakistan in the grey list for the next four months.

Azhar highlighted that Pakistan has to comply majorly to the action plan with only three points remaining to be completed, which he said would be complied with soon.

Pakistan has been under a dual scrutiny of the FATF as the FATF and the Mutual Evaluation Report are assessing the country.

As FATF has retained Pakistan on its grey list till June 2021, Azhar expressed optimism that the remaining targets of completing the 27-point action plan will be achieved by June.

While Pakistan is celebrating avoiding being blacklisted, the FATF has highlighted that the country still needs to take steps that would "demonstrate that TF (terror financing) investigation and prosecutions target persons and entities acting on behalf or at the direction of the designated persons or entities; demonstrate that TF prosecutions result in effective, proportionate and dissuasive sanctions; and demonstrate effective implementation of targeted financial sanctions against all 1,267 and 1,373 designated terrorists, specifically those acting for or on their behalf".