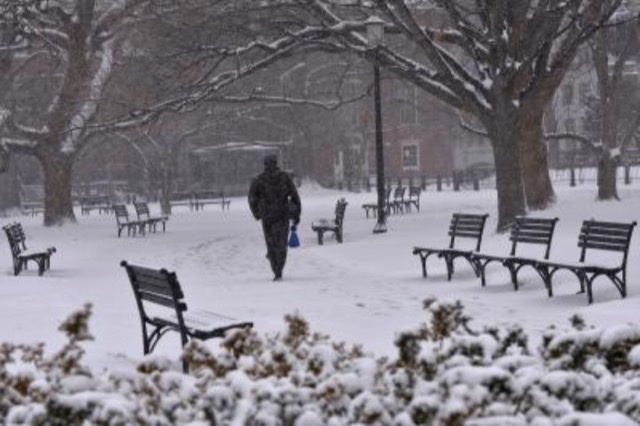 Texas, the second largest US state, is fighting "one of the most significant icing events ... in at least several decades" though statewide grid failure like the one that occurred in last year's freeze is not expected, Governor Greg Abbott has said. Temperatures plunged within 24 hours, power lines were downed by icing accumulation, tree breakage and high winds, leading to road closures and outages across the state.

About 70,000 Texan households lost power as of Thursday noon, Xinhua news agency the governor as saying. In northern Texas, widespread sleet began to transition to snow early Thursday. Dallas Fort Worth International Airport had to temporarily suspend operations in the day because of the weather impacts.

Cold temperatures and hazardous roads are possible into the weekend. A number of school districts and universities across the state were closed or under early dismissal as the Arctic cold front moved in early Thursday. Also in the day, the governor signed two proclamations covering 17 Texas counties to assist in the repair of downed power lines and provide support for local governments. The National Weather Service said on Thursday that "an ongoing significant winter storm is expected to impact much of the central and Northeastern US through Friday night," forecasting that a "corridor of heavy ice accumulation is likely from Texas through the Ohio River Valley."

However, grid failure like the one taking place during last year's freeze is not expected, said Abbott, noting that so far outages were caused by local issues. "The power grid is performing very well this time," said Abbott. "Anyone out of power at this time should call their local power provider." The governor said that more than 10,000 line workers were assisting local power providers across Texas to get electricity back up and running, with almost 2,000 more heading in from outside the state.

The state's grid, operated by ERCOT, currently shows a surplus of energy capacity, and that is expected to persist even as energy demand is forecasted to hit an all-time high on Friday morning, said a local media outlet report. According to ERCOT, the grid has been operating with 8,000 to 9,000 megawatts in operating reserves for most of the day. A CBS report said when that number drops below 2,300 megawatts, ERCOT is prepared to start controlled outages.

The state has been nowhere near that mark during this latest storm. Experts said the reason Texas is not experiencing the same grid issues as last year has a lot more to do with the severity of this storm, warning that the state is still vulnerable to extreme weather conditions. "The fact is, we've done a little bit to improve the grid but, if we get through this one, it'll be as much due to luck as anything else," Adrian Shelley, director of the Public Citizen, told CBS.

Roughly one year ago, massive power outages swept across Texas following a severe winter storm, resulting in more than 200 deaths.