The saying that ‘Necessity is the mother of invention’ is so much actualized by Assam’s long-distance runner Abdul Barek. In his case, the ‘necessity’ was the money he desperately needed to buy food and books after his family farmlands were washed away by the mighty Brahmaputra.
“It was not out of love for a particular sport... I was born and brought up in a self-sufficient family in a rural hamlet in the Kamrup district. However, when our farmlands were eroded by the Brahmaputra, we were left with nothing for sustenance. The little produce from our livestock was not enough for the family. I was in standard IX when for the first time I participated in a Rongali Bihu Marathon in a nearby locality and came first in it to win prize money of Rs 1,000. Well, that was a lot of money for me! I could buy my school uniform and books with it.
“Now that I’ve discovered a way of earning and my family was in a very bad financial shape, I have started looking to every marathon event as a means to earn. I participated in every known event and would look for all the prize money up for grabs. Gradually, I developed a yearning for winning all possible cash prizes in marathons in Assam and the Northeast. And, for that, I started practicing regularly and improving my performance with each run,” Barek told Awaz-the Voice.

Abdul Barek (second from left) with fellow sportspersons from Railways

Barek craved newer heights in the no-cost sport. Having bagged scores of medals and trophies at state and national levels, his campaign culminated in the World Railways Athletics Meet at Denmark in 2005 where he emerged 10th in the individual event and third in the team event of the marathon championship. He is the first-ever sprinter from NF Railway to participate and win a medal in World Railways Meet.

“My success lies in my perseverance. I’ve never compromised with my practice. My job with NF Railway has helped me a lot because I don’t have to forgo practice due to household work as I did in the past ... I would like to thank former international athlete Tayabun Nisha for suggesting my name to the Indian Railways which promotes sports. I had also appeared in interviews with Central Excise and Indian Army,” Barek explained.

On his success, Barek said: “Practice, rest, and nutrition are the key to performance. There was hardly any infrastructure during our times. But, after the 2007 National Games, we’ve got a whole lot of infrastructure and necessary facilities including coaches. However, the problem now is that our young players have lost interest in sports. The smartphone and fast food have spoiled a generation. Most of the youngsters nowadays munch on fast food, and keep themselves glued to their mobile phones when they should be at the playground.” 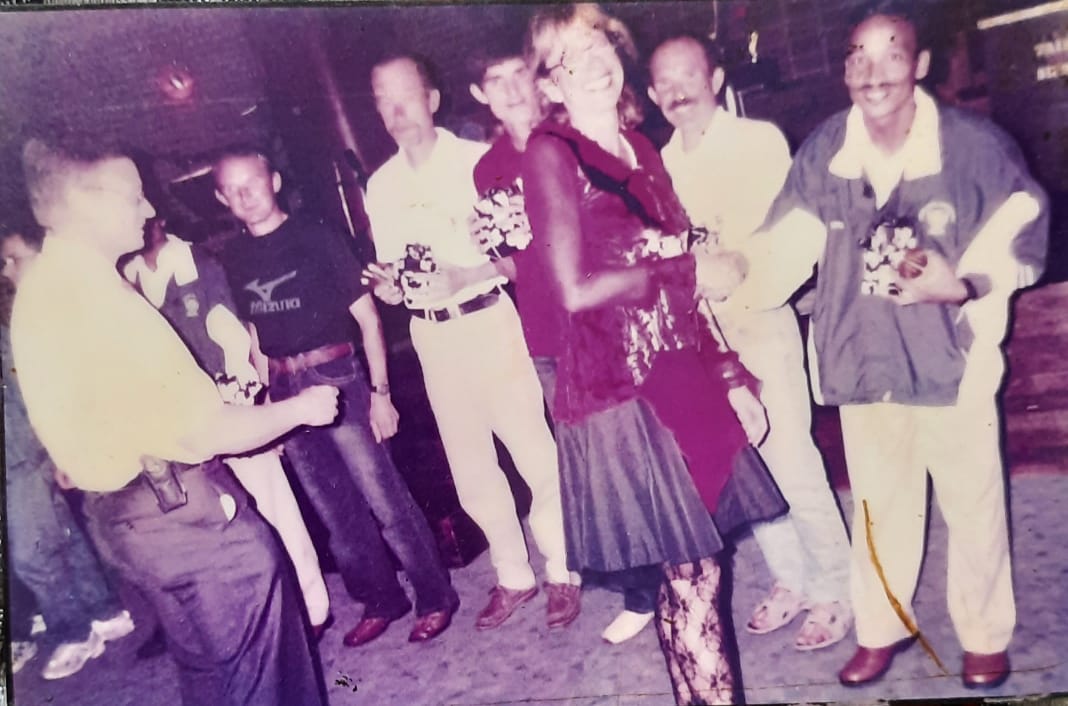 Regarding his food habits, Barek is a follower of cricketer MS Dhoni; both love to drink milk as an energy booster. “I used to drink a lot of milk. My father used to tell us to drink milk instead of water and that I used to do. I don’t like fast food and I’ve always preferred vegetables with our staple rice.”
Barek also lamented that the urban youth were reluctant to do hard work. “Since I am based out of Guwahati and I am associated with an athletic academy, I always wanted to groom some good athletes. But, what pains me is that the rural youths can’t sustain long-term coaching and urban youths are reluctant to do hard work. A few very talented youngsters from Baihata Chariali and Morigaon were training under me for some time. But, they could not sustain the tough regime and left. One basic requirement of a marathon runner to be successful is to run at least 200 km a week which is divided into a scientifically designed schedule.”

Marathon is mostly confined to a few pockets, such as Chhaygaon, Darrang, and Barpeta in Assam.
He also said he was working for the welfare and grooming of the young talents by suggesting measures on social media as well as prescribing them practice schedules etc.