Bride shot dead by jilted lover in UP 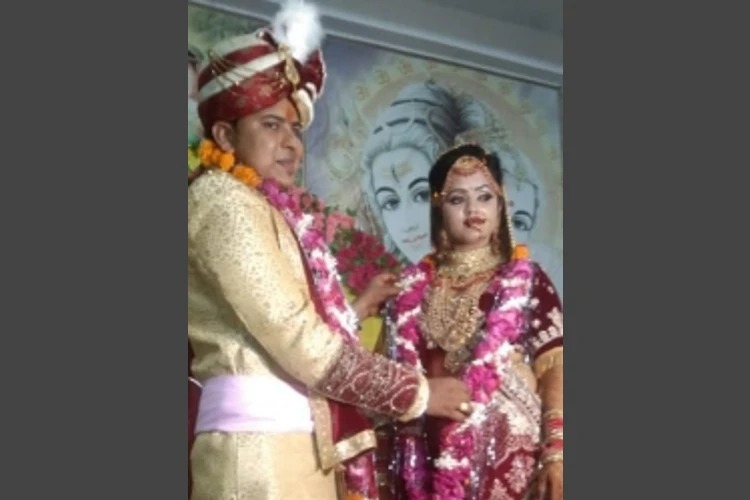 Bride who was shot dead

In a shocking incident, a young bride was shot dead allegedly by a jilted lover during her wedding ceremony, police said on Friday.

The victim, identified as Kajal, died on the spot.

According to police, the accused had been in a relationship with the woman and was upset with her wedding to another man. In a police complaint, the victim's father, Khubi Ram Prajapati, alleged that his daughter had gone inside her house after the garland ritual around 1.30 a.m. Friday when the suspect, Aneesh, shot her dead with a country-made pistol.

She died on the spot as the bullet had hit close to her left eye.

The accused somehow managed to flee from the spot and a manhunt has been launched to trace him.