On the occassion of Mother's Day, Anand Mahindra, the business tycoon and philanthropist fullfilled his promise and gifted a revamped house to the famous Idli Amma of Tamilnadu.He took to his twitter handle to inform his fanfam and also congratulate his diligent team.

Almost two years after this Tamil Nadu woman fondly called Idli Amma won over the internet for serving idlis at low cost to daily wage workers, Anand Mahindra fulfilled his promise to support and “invest” in her venture. 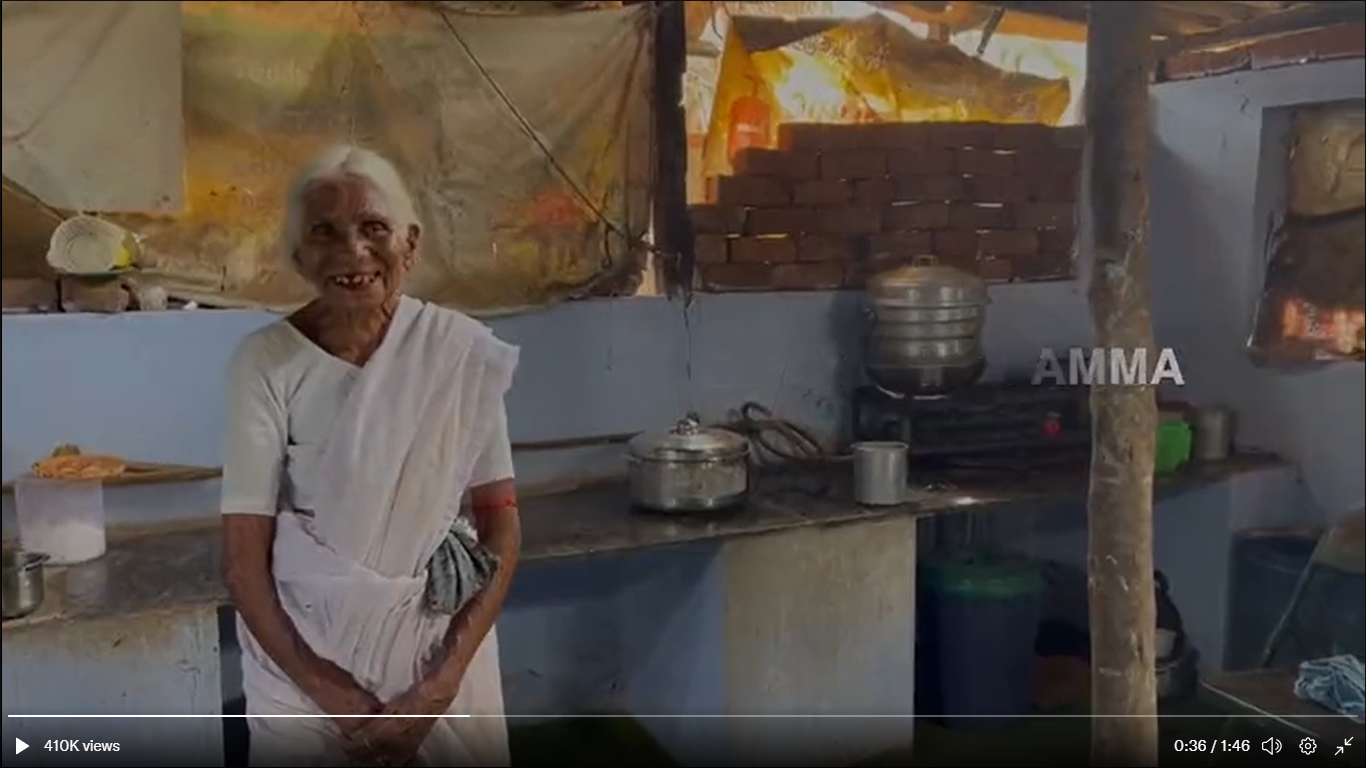 Kamalathal hails from Coimbatore and went viral in 2019 for cooking and selling idlis for just Re 1. She's been doing this from last three decades. However, she wasn’t concerned about making profits and extended her services keeping in mind those in need.

“Grateful to the Registration Office at Thondamuthur for helping us achieve our 1st milestone by speedily registering the land,” the businessman wrote on Twitter while sharing images of the elderly woman along with officials.

🙏🏽 to the @MahindraRise team for understanding from Kamalathal how we can ‘invest’ in her business. She said her priority was a new home/workspace. Grateful to the Registration Office at Thondamuthur for helping us achieve our 1st milestone by speedily registering the land (2/3) pic.twitter.com/F6qKdHHD4w

He also informed that the company’s real estate and infrastructure wing would build the customised home-cum-shop “as per Kamalathal’s requirement”. He thanked local LPG provider for their constant supply of gas to the woman to run her business.

The Mahindra @life_spaces team will soon start the construction as per Kamalathal’s requirement. Once again thanks to BharatGas Coimbatore for providing her a continued supply of LPG. (3/3) pic.twitter.com/NO6YtWr9b5

Twitterati has went gala over the gesture of the philanthropist. Many went and shared their thoughts via memes and some even with words.

This is the kind of results-oriented #leadership that inspires all, dear Anand! Hearty good wishes for continuing to make a wholesome difference to the lives of people, in India & globally! 👏👏🙏💐 @MahindraRise pic.twitter.com/mitwjhIcb7

Good on you Mr Mahindra ! Your sensibilities and sensitivity to the deserving is indeed admirable🙏

For the unversed, back in 2019, when the woman’s story first went viral, Mahindra had stepped forward to arrange a LPG connection for her to run her idli shop. She had been using a wood-burning stove. People on social media loved Mahindra’s gesture and lauded him for keeping his promise even though a long time had passed. 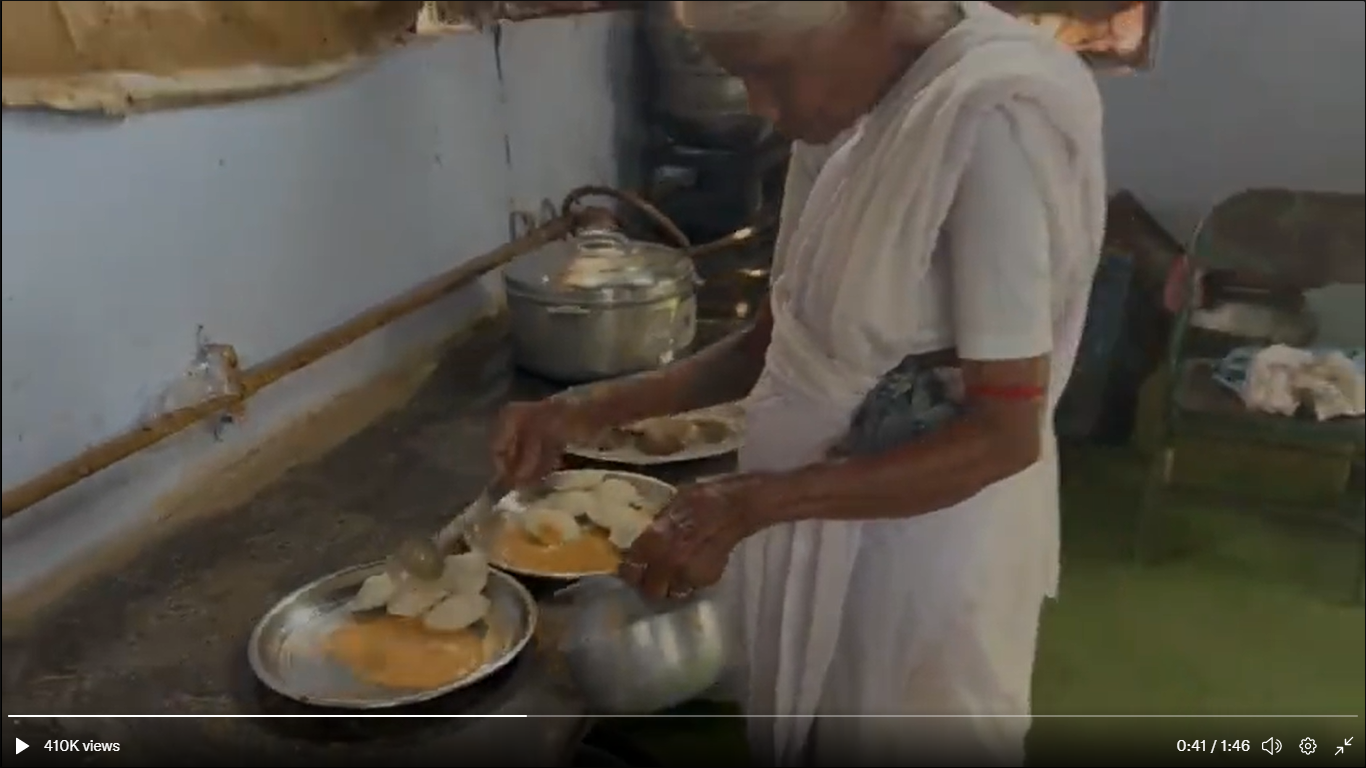 On learning about her story, Anand Mahindra posted a clip of The News Minute‘s coverage of the woman’s story on Twitter in September 2019. He had tweeted, “One of those humbling stories that make you wonder if everything you do is even a fraction as impactful as the work of people like Kamalathal. I notice she still uses a wood-burning stove. If anyone knows her I’d be happy to ‘invest’ in her business & buy her an LPG fuelled stove.”

One of those humbling stories that make you wonder if everything you do is even a fraction as impactful as the work of people like Kamalathal. I notice she still uses a wood-burning stove.If anyone knows her I’d be happy to ‘invest’ in her business & buy her an LPG fueled stove. pic.twitter.com/Yve21nJg47

In the video shared by Anand Mahindra, a man named Senthil could be heard as saying, “If you go to the neighbouring village, one dosa is ₹20 and Idli is ₹6. But here people eat it for just ₹1. They come from 2 km away and if they buy idlis worth ₹30, three people can eat. Lot of people come here, eat well and wish her the best.” “And whether they give money or not, she accepts it. There are people who eat for ₹10 and there are others who eat 10 idlis but give ₹5. But as long as she is alive, a lot of people will eat well. “ M Kamalathal had informed that she earlier used to sell idlis for 50 paise but had to increase the price to ₹1 due to an increase in the price of ingredients. Also known as Idli Amma, the elderly woman had expressed her desire to expand her kitchen.

“Mr Pugal from Mahindra came to my hut. It was too congested. I requested him for a new house for me. He promised to check and get back to me,” M Kamalathal had informed.

ALSO READ: Union Ministry of Minority Affairs is changing the destiny of Muslims