Why Chandra Singh Garhwali did not fire on Pathans? Chandra Singh Gharwali with his wife

Students of history do read about the war of independence in 1857 when Indian soldiers of the English East India company revolted against British rule, or the formation of Azad Hind Fauj when thousands of Indian soldiers of the British Indian Army revolted and heeded Netaji Subhas Chandra Bose. However, not many know about Chandra Singh Garhwali of the Royal Garhwal Rifles, who are an inspirational figure that saw the formation of Azad Hind Fauj.

Chandra Singh Garhwali joined the British Indian Army during the First World War as a sepoy and soon got promoted to the rank of Hawaldar. In 1930, when Mahatma Gandhi called for the Civil Disobedience Movement, he as a member of the Royal Garhwal Rifles was posted at Peshawar, where Khan Abdul Ghaffar Khan led the movement.

Garhwali was highly impressed with the patriotic zeal of Khan and his followers. The British had arrested Ghaffar Khan and other prominent leaders of Peshawar by 22 April 1930. However, his followers were planning to picket foreign goods. Like always, the foreign rulers tried to pitch Indians against the Indians. On the night of April 22, an English officer addressed the Garhwali soldiers and told them that people in Peshawar were Muslim Pathans, who might attack the shops of Hindus therefore they should be ready to fire on this Pathan crowd in the morning.


After the officer left, Chandra Singh held a secret meeting of the Garhwali soldiers and asked, them, “Is any Garhwali ready to do this?” To this, all the soldiers unanimously replied that they did not want to fire on their countrymen. He made a speech asking them to not repeat the mistakes of Gurkha soldiers at Jallianwala Bagh, Punjab, and Garhwali soldiers in Mopala, Kerala. 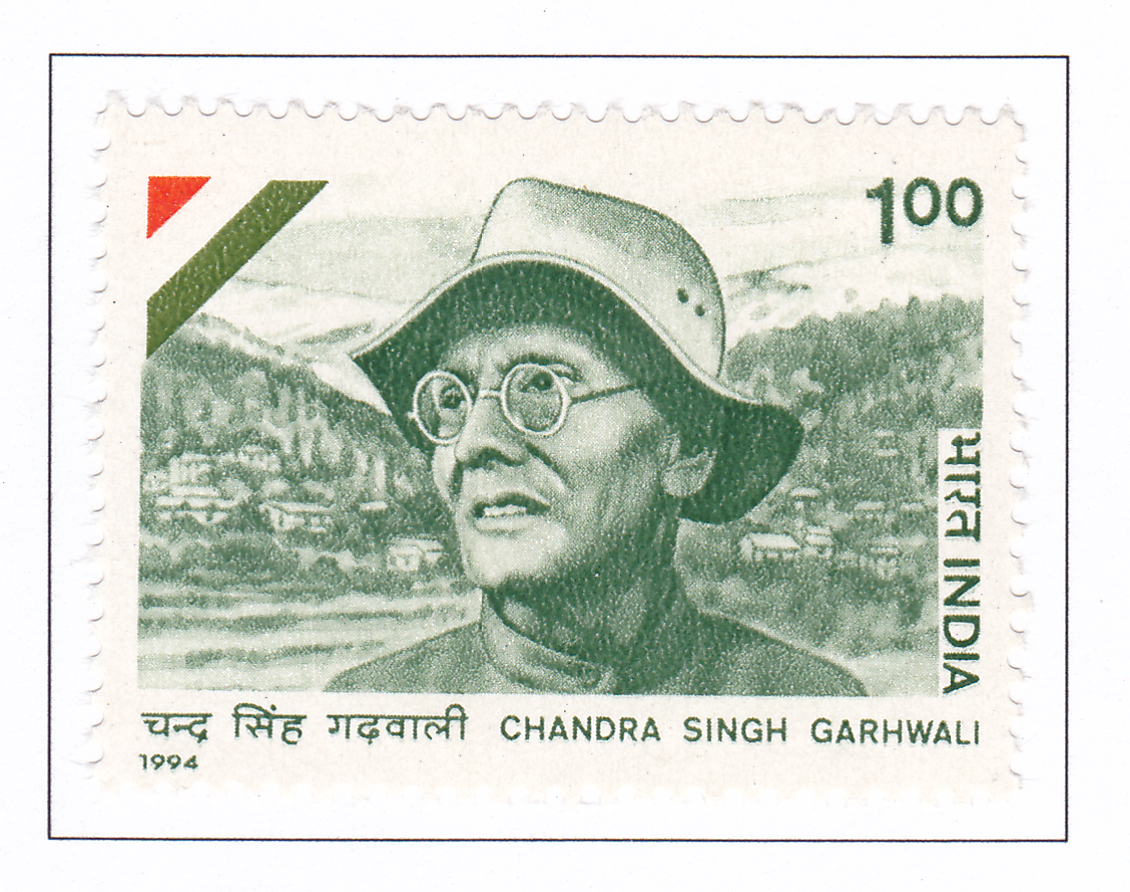 The next day, Captain Rickett took 72 soldiers of Royal Garhwal Rifles with him to Qissa Khwani Bazar, Peshawar where the Indians had gathered to protest against the arrest of their leaders, especially Ghaffar Khan. Rickett ordered the troops, “Garhwalis, three rounds of fire”, immediately Chandra Singh, Sergeant Major, shouted, “Garhwalis, don’t fire”. The Garhwali soldiers laid down their weapons on the ground. Udai Singh, one of the soldiers, handed over his rifle to a Pathan and said, “Brother! Here, kill us all”. Another platoon of British soldiers on the scene opened fire upon the Indians and killed hundreds of people. This is one of the bloodiest massacres in the history of the Indian freedom struggle.

Meanwhile, the next day the whole Garhwali battalion was put under trial in Court Martial. During the trial, Garhwalis told the court, “we will not shoot our unarmed brethren … you may blow us from the guns if you like”. Chandra Singh Garhwali was sentenced to death while others were sentenced with different degrees of imprisonment or transportation. The sentence was later reduced to life and Chandra Singh was released 11 years later.


After his release, Chandra Singh remained active in the freedom struggle with Mahatma Gandhi and won his praise. Netaji Subhas Chandra Bose considered him an inspiration for Azad Hind Fauj. Khan Abdul Ghaffar Khan, after the independence and death of Chandra Singh, visited Dehradun to pay tribute to him, where Khan called him ‘a saviour of his people. In 1994, the Government of India issued a postal stamp in his honour. The Uttarakhand Government also established a Medical College in his name, Veer Chandra Singh Garhwali Institute of Medical Sciences and Research, in 2008.

Today, people do not remember the great man and his comrades who would not discriminate among Indians based on religion or language. They would not fire upon Indian Muslim Pathans who spoke Pashto. The idea of India, for them, was more important than any narrow identity. It is important to recall him, his sacrifices, and his ideals in these times.