Riyaz Ahmed Jafar Shah is a teacher at the Iqra Urdu High School in Jalgaon, Maharashtra. However, he is not just another salaried employee but a real Guru who is devoted to his pupil’s development. Ahmed not only realized the loss of learning the children suffered during the Covid-19; he worked out a plan. If children can’t come to school, the school can reach children!

He packed his tractor trolley with two blackboards, a science laboratory, models of mathematics, geography, and science, small library of Marathi, English, and Urdu language books. To crate an ambiance, he pasted the pictures of world-famous scientists on it, and lo and behold his school on wheels was ready. 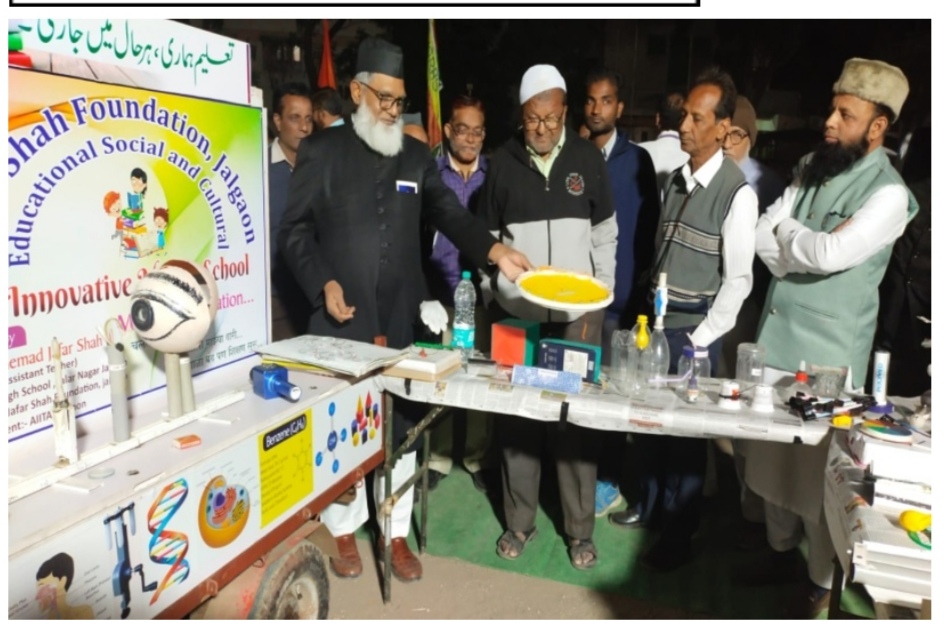 Riyaz Ahmed attached the trolley of a tractor to his motorbike and moved it around. Housing his school inside the trolley, he moved around the places where his students lived and made them learn. People were awed by this simple yet painstakingly cobbled idea of a school. With the slogan "Taleem must continue under all circumstances," children were drawn to him. The people living in the slums welcomed this "Innovative Mobile School" with enthusiasm.


Riyaz Ahmed says that the lockdown was no less a challenge for the teachers. “Everyone took this challenge in his way and looked for a solution. I also tried my bit.”

Riyaz Ahmed would prepare scientific models in front of the children and that in turn prompted the young girls and boys to replicate what they saw. 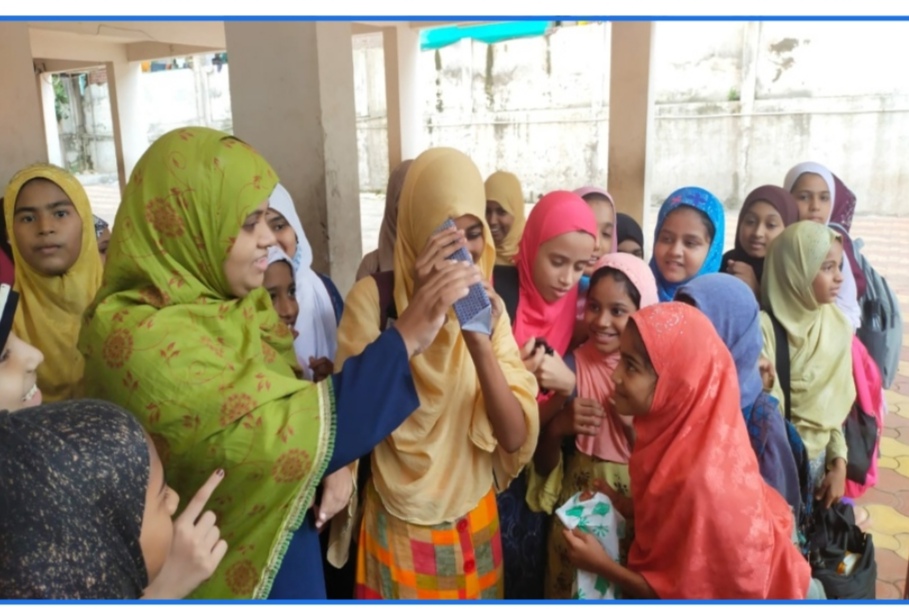 Girl students learning the secrets and dynamics of light

Each one started making models out of the materials around him. As a result, children prepared mini labs in their own homes. The children delighted their teacher by finding the formulas of salt, turmeric, baking soda, and many such common things present in the kitchen.


Riyaz Ahmed says: “I make every effort to invoke interest in science and inculcate scientific attitude in children. This was my effort inside the school and I took it out as well when the need came. The idea was that learning should not stop under any circumstances.” 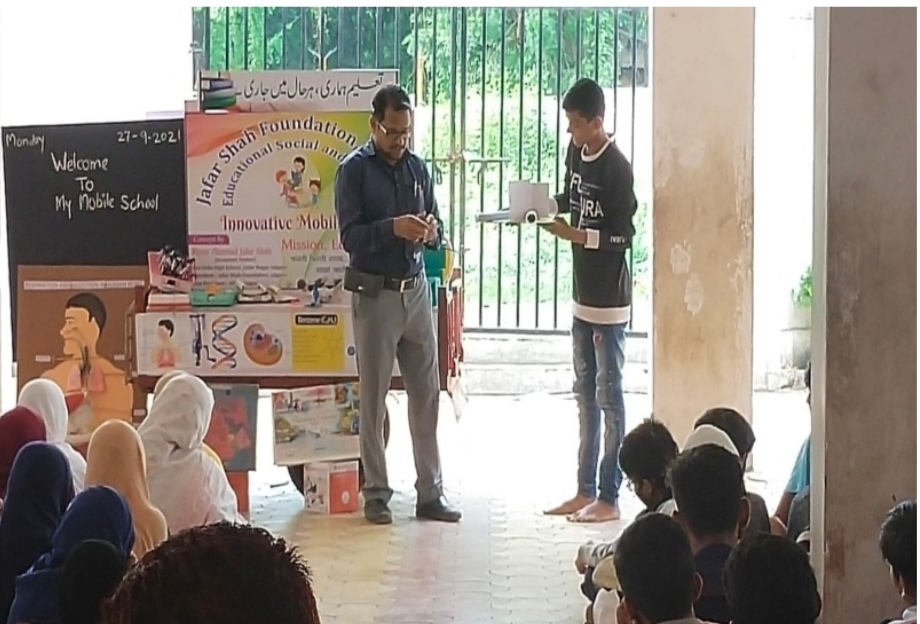 He says that when children use these models, the joy on their faces and the brightness of their eyes is no less than a reward for him.

Now the schools have re-opened and the c Children are back to school, but Riyaz Ahmed's caravan of education is still on the roads.

His mobile school has found its way to the localities of poor people and other areas. He along with his innovative school is also invited by many institutions.

The journey of Riyaz Ahmed's innovative mobile school continues as he believes “Taleem must continue in all circumstances.”