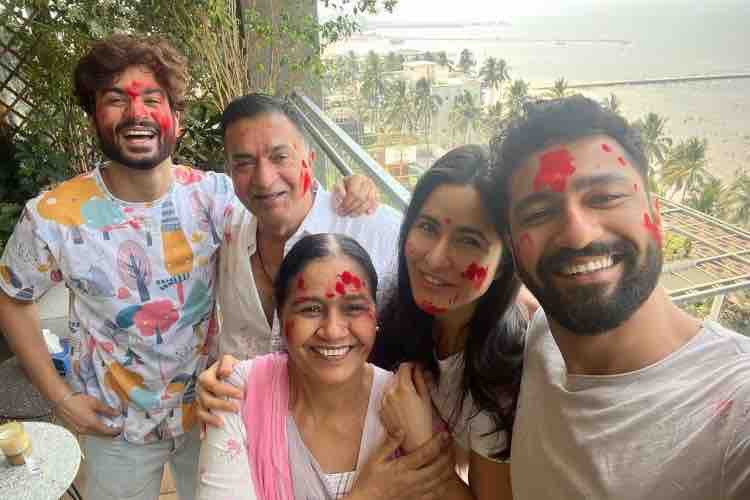 Katrina Kaif, Vicky Kaushal celebrating their 1st Holi as a couple with their family

Bollywood's most loved couple Katrina Kaif and Vicky Kaushal celebrated their first Holi as a married couple with their family.

Katrina shared pictures of herself celebrating Holi with her husband Vicky Kaushal and his family members. In the photos, Katrina is seen posing with Vicky's parents and his brother Sunny Kaushal. The couple tied the knot last year in December. 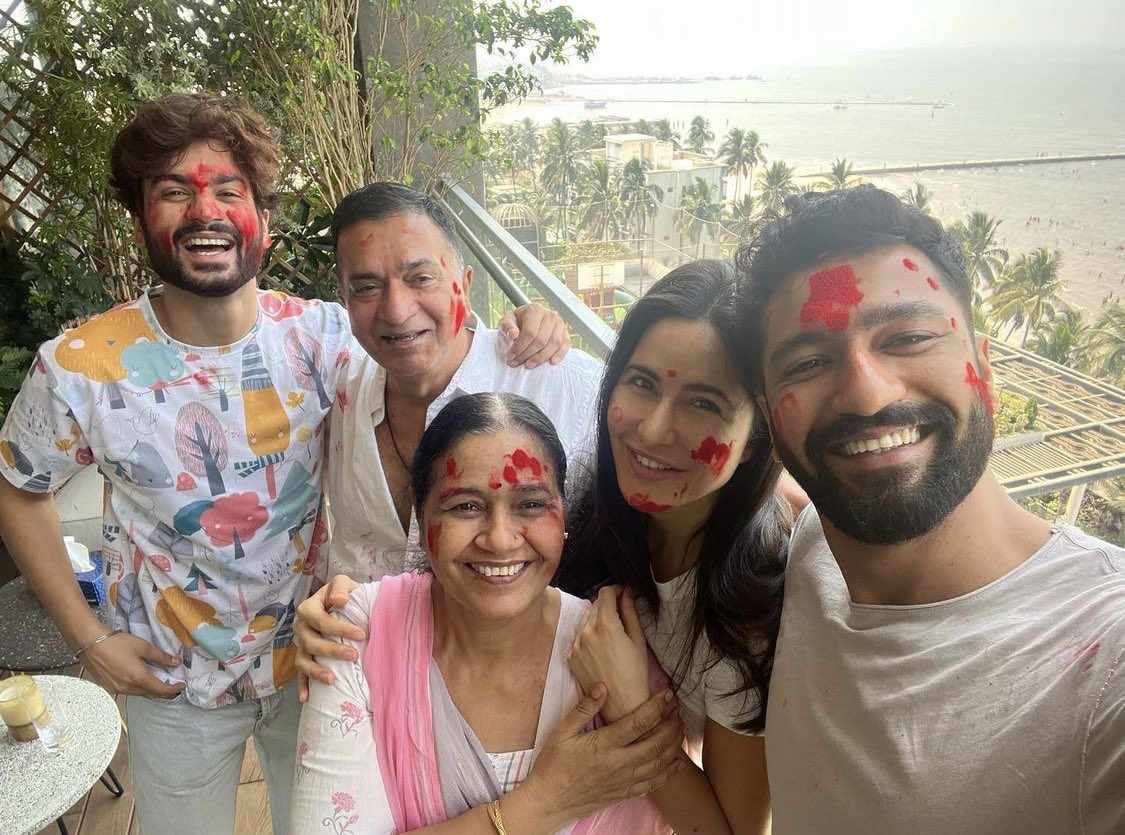 Katrina wrote, “Happy Holi.” Red gulal is smeared over the smiling faces of the family.

The fanfam went gala over the pictures and wrote, “Aww. Stay happy and blessed always.” Another one said, “What a family.” While one person called them “a happy family,” another one commented, “nazar na lage.” Many fans dropped, “Happy Holi” wishes in the comments section.

Vicky and Katrina got married in December in Sawai Madhopur, Rajasthan. The very intimate wedding ceremony was attended only by their closest friends and family members. After the ceremony, they headed to the Maldives for a honeymoon and returned to Mumbai in just a few days.

Vicky was last seen in Sardar Udham. He will be seen next in Govinda Naam Mera, which will also star actors Kiara Advani and Bhumi Pednekar. He also has Sam Bahadur in the pipeline. Vicky will also feature in director Laxman Utekar's untitled film with Sara Ali Khan. Meanwhile, Katrina has several projects in the pipeline including Tiger 3, Merry Christmas and Farhan Akhtar's Jee Le Zaraa co-starring Priyanka Chopra and Alia Bhatt. Apart from this, Katrina will also be seen in Phone Bhoot alongside Siddhant Chaturvedi and Ishaan Khatter.