Veteran actor Annu Kapoor, who is on a Europe tour was looted in France. He took to Instagram to share the startling news of this mishap. He captioned his video as, "I am on a tour to Europe , sadly my bag with my gadgets and valubles has been stolen here..."

He can be saying in the video, "I was uploading my luggage in Dijon, a place near Paris. That is when a few men came on the pretext of being a helping hand and took away my Prada bag that had Swiss cash, Franc cash, ipad, dairy even my credit cards..."

He further said, "I hereby request all of you who'd be travelling to France to be extra carefull of these thieves and hooligans. I'll be filing a report at the Paris police station, the railway staff has offered to help me in filing the same.."

Annu Kapoor looks put off and the same can be reflected from his tonality in the video.

It is worth noting that last month the actor performed the famous play " Jis Lahore Nai Dekhya O Jamiya Nai" at the Sheikh Rashid Auditorium, Dubai. He featured in various Dastangoi's as well. 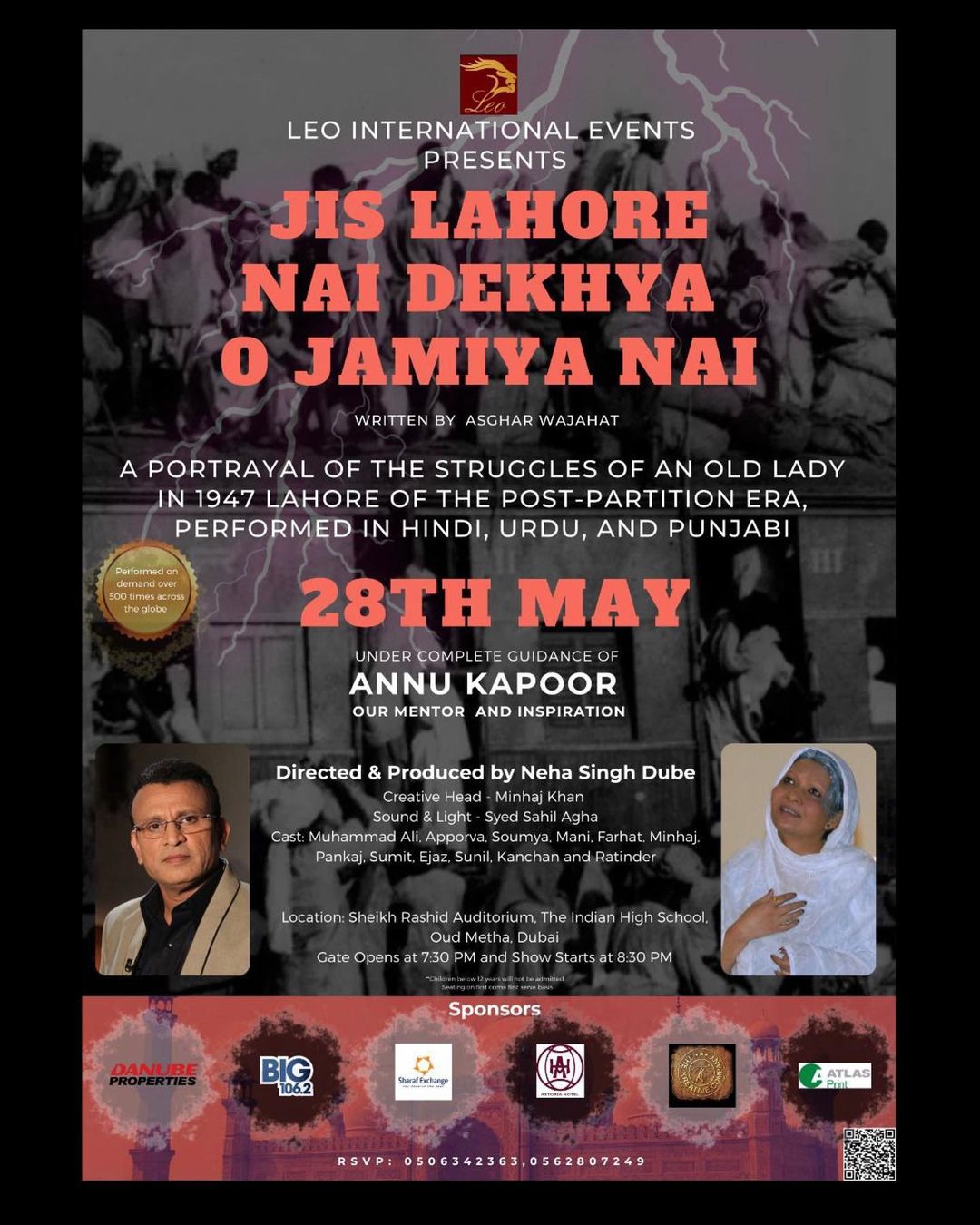 The poster of the play

For the unversed Annu Kapoor is an Indian actor, singer, director, radio disc jockey, and television presenter who has to his credit over a hundred films, as well as television series.

His career span of over four decades has established him as actor, producer, director and singer.

Besides acting, he also presents a Radio show, named Suhaana Safar With Annu Kapoor which airs on 92.7 big FM.

He has won numerous awards including two National Film Awards, one Filmfare Award and two Indian Television Academy Awards in various categories. He was last seen in the popular OTT series Khuda Hafiz as Usman hamid Ali Murad alongside Vidyut Jammwal. He portrayed the role of the loyal aid to an Indian husband who was on quest to find his lost wife on a foreign land.