14 April 1944: India was liberated and tricolour was hoisted 14 April 1944 is a memorable day for Indians. On this day, for the first time since British domination started in the 18th century, a territory of British-ruled India was liberated by the nationalist Indian forces and the national flag was hoisted.

Indian revolutionaries had formed the Indian National Army, Azad Hind Fauj, led by Netaji Subhas Chandra Bose during the Second World War to win freedom for their motherland through an armed struggle. Netaji led Indian soldiers to fight against the British Army in Burma and eventually took the war to mainland India. 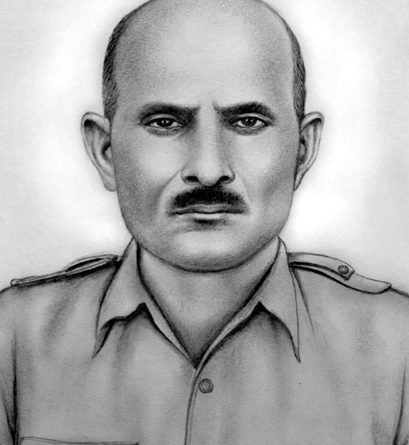 Colonel Shaukat Ali Malik, commander of the Bahadur Group of the INA, led his troops into Manipur. After heavy fighting, the Indians forced the 17th British Division to desert the war front on 13 April 1944. The next day, at 5 pm Col Shaukat declared the formation of Azad Hind Sarkar Administration at Moirang and hoisted the national flag. In this way, approximately 18,000 sq. miles of Indian territory were liberated and for the first time, the national flag was hoisted on liberated Indian land. The liberated area was the size of present-day Kuwait.


Shaukat looked after the functioning of a civilian government till 15 July. During this period he organized intelligence units to raid inside the British governed territories. Shaukat's speech aroused the nationalist feelings among the locals and thousands of them joined Netaji’s Army.

Shaukat said, “We have now reached Moirang, the ancient citadel of Manipur. Our commitment is the march to Delhi and unfurling the Tricolour Flag then at Lal Qilla. Many had died on our way to reach near (Moirang) and many would die on our way to Delhi. However, the expulsion of the enemy from the sacred soil of India is a compulsion for us. We shall fight and the people of Manipur will provide supplies to us. Nothing about us shall be passed on to the enemy, everything about the enemy should be passed on to us. Freedom of India is very near and near at hand. We shall win it and we shall have progress and prosperity for the people of India after it. So, give us your hand, our collective efforts should cause India free from slavery.” 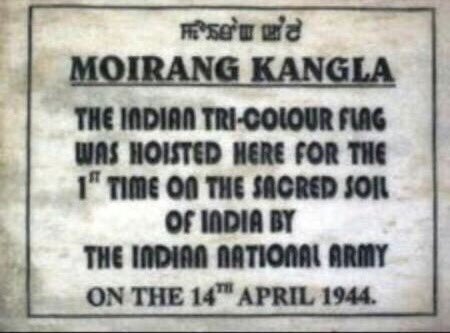 The memorial stone in Moirang

Soon after this speech and it made people like Mairembam Koireng Singh, the first Chief Minister of Manipur, join the Azad Hind Fauj.

Today, we salute Shaukat and his brave comrades for bringing glory to our nation. The nation will never forget their sacrifices.