The family of Assaduddin Owaisi

Lok Sabha Member of Parliament Assadudin Owaisi is a well-known politician of India. However, not many outside his home city of Hyderabad may know about his illustrious family. His grandfather Maulvi Abdul Wahid Owaisi was a known jurist of Hyderabad. His one son Sultan Salahuddin Owaisi was also a member of parliament and, President of the All India Majlis-e-Ittihad-e-Muslimeen party. This party has been in existence for 60 years and is led by Assaduddin Owaisi with its headquarters located in an iconic building called Dar-e-Salaam in the Agapura locality of Hyderabad.

The people of Hyderabad remember the Owaisi family for many reasons: Maulvi Abdul Wahid Owaisi for giving voice to the Muslims of Deccan and Sultan Salahuddin for uniting them under the banner of a political party. Both struggled in achieving the political aim of empowering the Muslim community and safeguarding their interests.

Today, this mission is being carried on by three sons of Sultan Salahuddin Owaisi. the most famous of them is Barrister Asaduddin Owaisi, who is given the title of Naqaib Millat (spokesperson of the community), President of All India Majlis-e-Ittihad-e-Muslimeen, and Member of Parliament from Hyderabad. The other son is Akbaruddin Owaisi, a member of the Telangana Legislative Assembly, and the third one Burhanuddin Owaisi is the editor owner of the Urdu daily Etemad. The members of Owaisi family

Asaduddin Owaisi is known all over the country as a fearless and popular leader. Under his leadership, the political power and popularity of Majlis-e-Itihad-e-Muslimeen have increased tremendously. The party has elected members in the Legislative Assemblies of Maharashtra and Bihar. It also has one member in the Lok Sabha from Aurangabad, Maharashtra. The Telangana Assembly has seven members of the Majlis while the Legislative Council has two members.

Maulvi Abdul Wahid Owaisi was a courageous person. He was a jurist and, having graduated from Jamia Nizamiya; he was well versed in Islamic teachings. He formed the Majlis-e-Ittihad-e-Muslimeen in 1958 at a very critical and trying time. After the partition of the country, and the fall of Hyderabad, the condition of the Muslims was pretty bad. They suffered from fear and inferiority complex. Maulvi Abdul Wahid Owaisi is credited with providing leadership and a sense of unity to the fear-stricken community.

He infused a sense of determination and enthusiasm among the Muslims with his speeches. The Muslims are indebted to Maulvi Abdul Wahid Owaisi for helping them grow as a political force.

Old-timers of Hyderabad still remember the fiery speeches of the young Maulvi Abdul Wahid Owaisi sahib that filled their hearts with hope and strength. The Partition was a big setback to Muslims; immediately, people felt everything was over. In such a disturbing and difficult time, he took the reins of leadership. He call a call for unity and asked people not to have fear and pulled the Muslims out of a state of despair. It was a daunting task in those times. He faced conspirators and opposition and yet he never lost his spirit of fighting against all odds. On the contrary, he continued to work day and night with courage and enthusiasm. He spent 11 months behind bars. But his determination and enthusiasm did not diminish in any way.

Retrieving Dar e Salaam from the then government through legal battle was a difficult mission for Maulvi Abdul Wahid Owaisi. In fact, in 1969, the movement for a separate Telangana was in full swing. Dar es Salaam, the headquarters of the Majlis, was in the custody of the government. A case was pending in the City Court in this regard. He followed suit. After a long legal battle, Dar es Salaam was handed over to the Majlis.

In 1975, Maulvi Abdul Wahid Owaisi was all set to perform Hajj, when tragedy struck the family. All the relatives and friends had gathered to bid a farewell to him. As luck would have it, as soon as he left his residence in Hamida Nagar, he suffered a heart attack and passed away.

After his death, his son Sultan Salahuddin Owaisi took over the charge of the party Majlis-e-Ittihad-e-Muslimeen and he worked hard to get Majlis representatives from being elected to the corporation-level to the Assemblies and the parliament.

Sultan Salahuddin Owaisi is considered one of the prominent politicians of India. As a harbinger of the educational revolution in the city of Hyderabad, Owaisi also established Deccan Medical College.

Sultan Salahuddin Owaisi was a humane person who was always concerned about the unity and harmony of the nation. That expanded his political party and established its branches even up to districts.

Hyderabadis say the Owaisi family’s interaction with people was heartfelt; they were not manipulative hence called Salar-e-Millat.

Sultan Owaisi believed in carrying everyone along. He picked Prakash Rao, Satya Narayan, and Alam Pali Pochia for the coveted seat of Mayor of Hyderabad. His work manifested the hopes and dreams of the people and it made him a popular leader.

Sultan Salahuddin Owaisi wanted to unite and educate the Muslims and for this, he worked out a plan. His strategy involved the establishment of educational institutions in the city of Hyderabad. The well-known Owaisi Group of Hospitals working under Darussalam Educational Trust needs no introduction. Owaisi Hospital and Research Centre, Kanchan Bagh, Santosh Nagar, Hyderabad and Rajkumari Isra Hospital, Shah Ali Banda are the harbingers of revolution in the medical field. Owaisi Hospital is one of the largest pharmacies in Asia.

Sultan Salahuddin Owaisi was first elected to the Municipal Corporation and then to the state assembly five times.

Sultan Salahuddin Owaisi was first elected to the Lok Sabha in 1984 and served all terms till 1999. He represented the Hyderabad Lok Sabha constituency for six consecutive terms.

During his political career, he defeated many prominent political leaders in the elections. He was the beloved and beloved leader of the people, the public loved him very much.

Sultan Salahuddin Owaisi passed away at the age of 77 in 2008. On the 30th day of Ramzan, his funeral prayer was attended by lakhs of people in the huge square of Dar es Salaam. Apart from prominent political, social, and religious leaders, thousands of people participated.

After the death of her father, Sultan Salahuddin Owaisi, barrister Asaduddin Owaisi became the president of the Union of Muslims of India. Asaduddin Owaisi started his political career in 1994. He was first elected from the Charminar constituency. In 1999, he again won from the same constituency with a huge majority. In 2004, Barrister Owaisi contested from Hyderabad's Lok Sabha constituency and won a landslide victory.

Since then he has been representing Hyderabad constituency in the Lok Sabha constituency. Barrister Owaisi, who has been active for Dalit-Muslim unity, is the first to raise his voice in favor of Dalits wherever there are atrocities in the country.

Asad Owaisi expanded the activities of the Majlis in other states of the country. The presence of Majlis representatives in the Maharashtra and Bihar assemblies is in the link of Barrister Owaisi. Pratik Gandhi's 'Raavan Leela' to release in cinemas on Oct 1 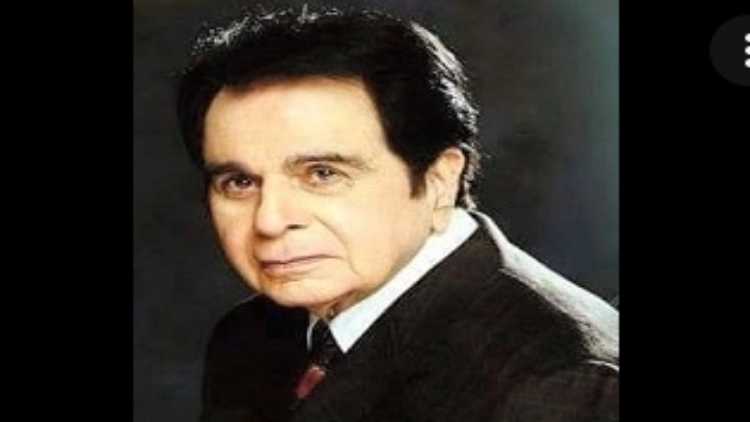