The all girls Zikir troupe of Nazira who sang in Bornamgarh

It was a confluence of cultures, religions, and a coming together of communities at the 533rd birth anniversary celebrations of Mahapurush Madhavdev at the Dhekhiakhowa Bornamghar here recently.

For the first time in the history of the namghar (neo-Vaishnavite monastery), cultural troupes representing the seven sister states of the Northeast and the diverse communities of Assam as well as a zikir zari team from Nazira performed on the stage of the celebrated namghar dedicated to Madhavdev, the most revered disciple of neo Vaishnavite saint and social reformer Srimanta Sankardeva.

The spruced up Bornamghar exuded a spirit of bonhomie as people of all faiths -- Christians, Shankaris, Hindus, Muslims, Sikhs, and different communities -- Mizos, Nagas, Khasis, Manipuris, Khamtis, Tripuris, and Assam's Misings, Bodos, Tiwas, Rabhas, Kacharis and the tea tribes to name a few, took out a colourful procession decked in traditional attire. 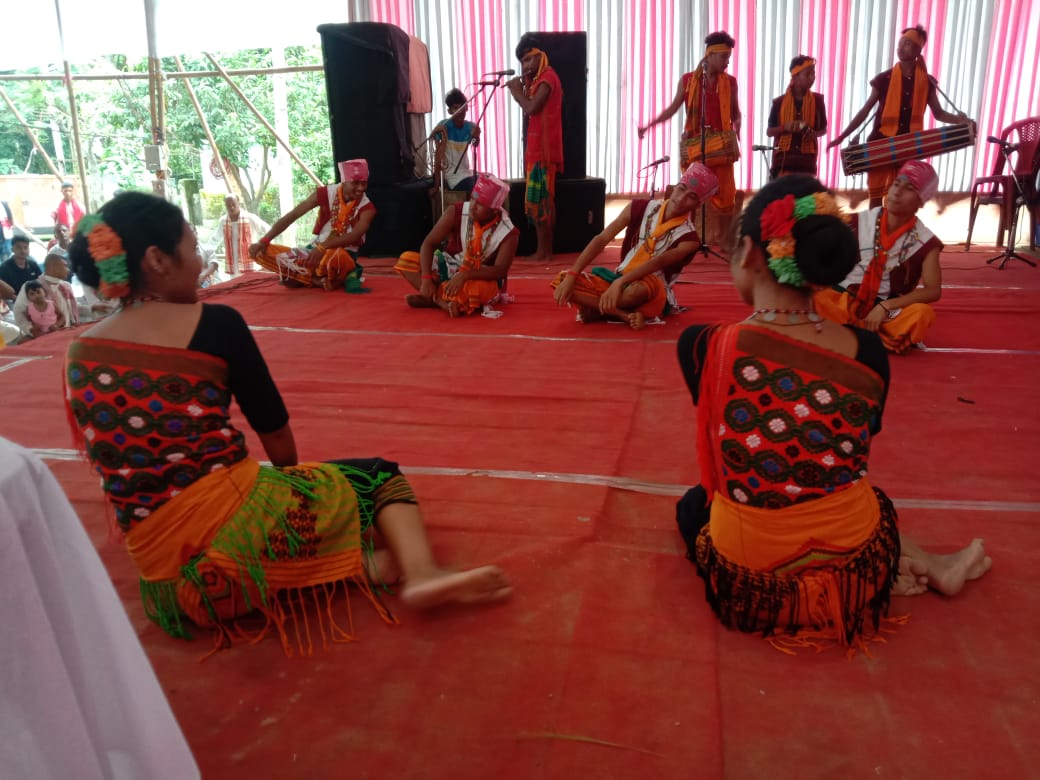 Cultural groups from different states performing on the occasion

President of the Dhekiakhowa Bornamghar Prabin Kalita said this time every community was invited.

"The performance of the Zikir Zari representing Muslim religion in a Namghar may raise eyebrows, but we live by the precepts laid down by Mahapurush Madhavdev and his guru Srimanta Sankardeva who worked for an egalitarian society where there was no discrimination among people based on caste or religion," Kalita said.


"The doors of Dhekiakhowa Bornamghar are open to all," he added.

The Sankar-Azan Zikir troupe from Nazira, led by Alhaz Syed Moinur Rahman and their mentor Nasiruddin Ahmed, who also plays the dhotura (musical instrument) were overwhelmed by the hospitality of the Bonamghar.

"Every time the Dhekiakhowa Bornamghar authorities invite us they treat us with so much love and respect that it touches our hearts," said Rahman.

He said that the troupe comprised mostly girls studying in Classes V, VI, and VII, including his daughter Nabiha studying in class V who is a winner of several Zikir competitions since a tender age.

"We, that is the girls, their mothers, and some others, who accompanied us first took out a procession. Then we sang a couple of Zikirs including the famous, 'Mur monot bhed bhab nai, O Allah ...'. We were allowed to perform first because we had small girls with us and had to return to Nazira. We had made dresses from gamochas and also made caps from gamochas to cover their heads as is our tradition while singing Zikir," Rahman added.


He further said the authorities were "so hospitable that they asked us over and over again as to whether we had had tea." 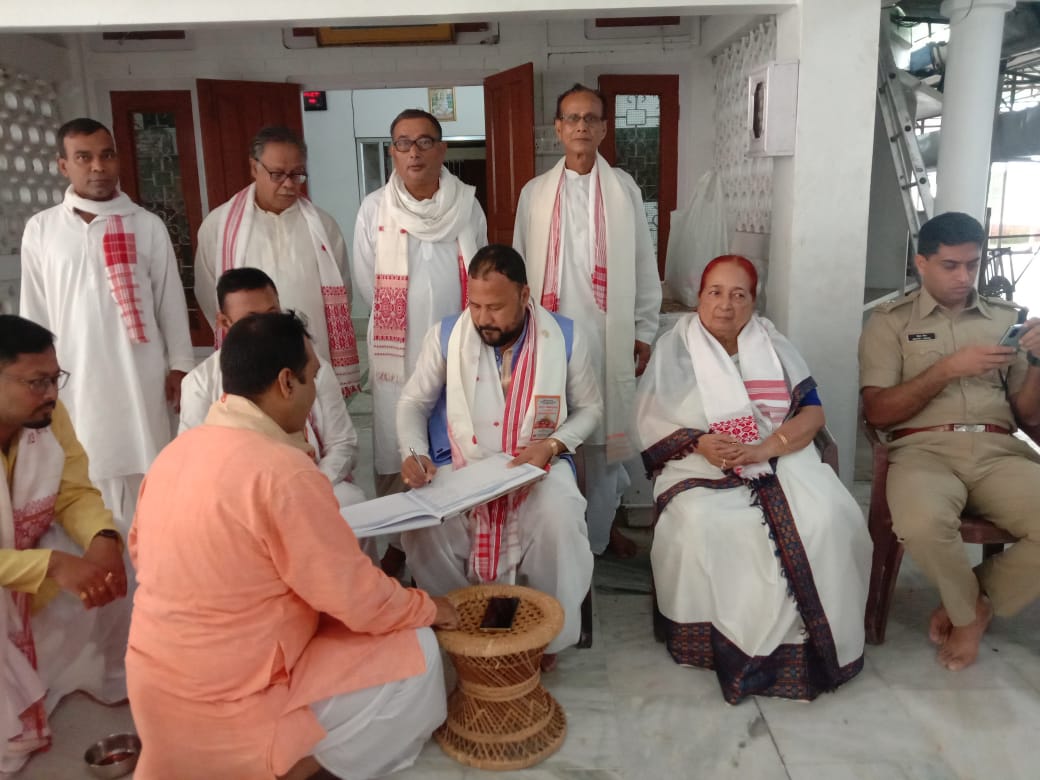 "We sat together with all the others and had a sumptuous lunch later. The atmosphere that prevailed was truly that of the vision that Sankar and Azan had for Assam," Rahman elucidated.

Mahapurush Madhavdeva is one of Assam's most prominent neo-Vaishnavaite saints who was a poet and author. He wrote the Namghosa and Bhakti Ratnavali, two of Assam's most famous spiritual manuscripts.

About Dhekiakhowa Bornamghar, the legend has it that Madhavdeva had taken shelter in the house of an old couple there while on the run from the Army of the then Ahom king. He shared the humble repast of dhekia (a fern) and rice offered by the poor couple. He also reportedly lit an earthen lamp in the hut of the couple and asked them to keep the flame burning. It is believed that this flame (now the lamp has been changed) is still burning in the precincts of the Bornamghar.


Also Read: One of the largest Qurans on display in Hyderabad show

The namghar gets its name from dhekia offered to Madhavdeva, a fern that grows wild and is widely consumed and relished by the people of Assam and other parts of the Northeast.