A teacher and a pupil remember Danish Siddqui The dust on the grave of the Indian photojournalist Danish Siddiqui is yet to settle; his family, friends and professional associates are struggling to come to terms with the loss of a man who inspired them.

Danish Siddiqui, photojournalist of Reuters, and an an alumnus of Jamia Millia Islamia was shot by Taliban fighters in Kandahar where he was covering the conflict.

Danish leaves his memorable works on the situations like the Syrian crisis, Rohingya crisis in Myanmar, Hong Kong protests, CAA-NRC protests in Delhi, the Delhi Riots, Covid-19 Pandemic, Migrant Workers Crisis in India etc for the larger world and some precious memories for others who knew him personally. 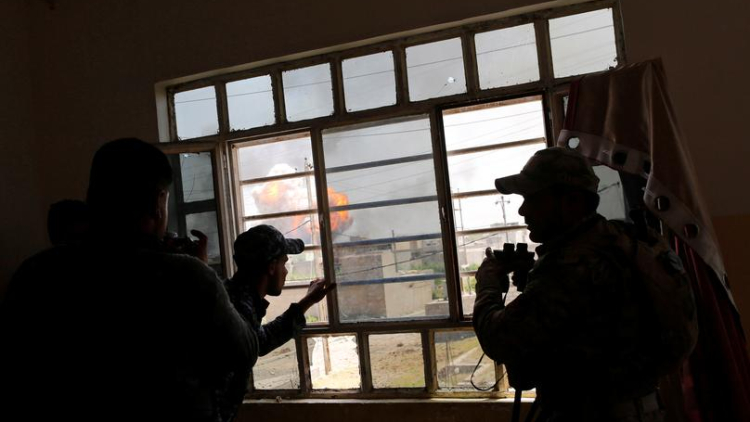 A still from Iraq as clicked by Danish (Courtesy: Danish Twitter)

Danish Siddiqui turned out to be the brightest star of the AJKMCRC when he won the coveted Pulitzer Prize in the year 2018 for his outstanding work during the humanitarian crisis of the Rohingya exodus from Myanmar in 2017.

Prof FB Khan (HOD-Department of photography, MCRC) was so worried when Danish started the war photography. “The moment he started doing the war photography I was a little upset, I saw his photographs from Iran, Iraq, Nepal, Myanmar, and other places, I remember telling him that he was exposing himself way too much and it is very dangerous.”

However, Danish told him not to worry. He assured him that he was well-trained by Reuters, an international news agency, to work in a conflict zone and knows how to take care of himself.

He was also a visiting guest faculty to his alma mater. 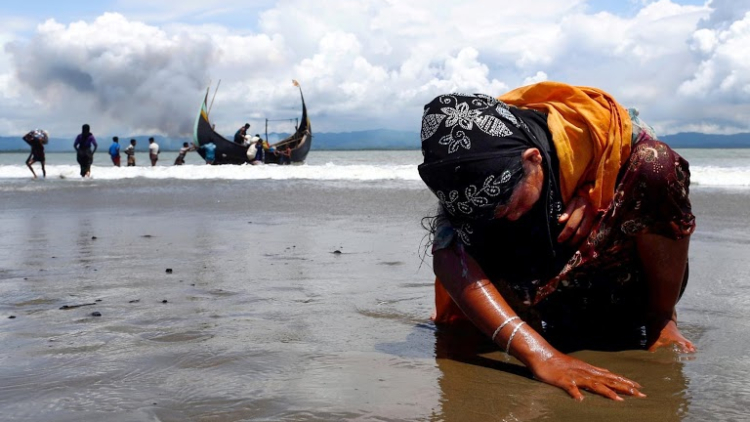 A still by Danish on Rohingya crisis (picture story) that won the Pulitzer (Courtesy: Danish: Twitter)

Prof FB Khan who taught Danish Photography in the year 2005-07 and had remained in touch with him thereafter said his passing away is a “personal loss” to him.

Khan remembers Danish as a student who attended a masters’ class of Mass communication yet had his heart always in photography.

“That was a big challenge. While most of his classmates went to pursue careers in production houses he chose photojournalism.” Khan who became a mentor to his former student said.

In fact, Danish was shot dead from a close range while he was talking to local shopkeepers in the marketplace in Kandahar on July 16. His body had to be retrieved from the zone under the control of the Taliban by the International Red Cross. A senior officer of the Afghan Army also died in the shooting by the Taliban.

Khan remembers Danish covering events in Myanmar. “When he was shooting the Rohingyas exodus in Myanmar, he donned the full gear and was looking like an army decoy, the boats used to turn back taking him as a government official...”

Danish told his mentor that in order to click good pictures, he had to use camouflage, let the boats carrying Rohingyas, who were fleeing from Myanmar where they were persecuted, pass and then click photographs secretly without the authorities knowing about it.

“A kind soul, down-to-earth human being, he came back to college whenever called, he was always eager to share knowledge and experience with his juniors, inspired them to follow their hearts...”

Prof Khan says Danish was an average student and a keen learner. “He used to sit after college for hours to learn more about photography.”

It was during these extra hours that Danish put into learning about the art of photography when Prof Khan noticed him and the two had conversations. After the course, Danish left for Mumbai to look for work and remained in constant touch with his mentor.

Danish became extended family to Prof. Khan and when ‘rumours’ of his passing away started circulating, he disbelieved them all.

“I kept looking at the Twitter feeds for an update, checked my phone for his message… but...when confirmation came in from Reuters….”

Prof Khan is hopeful of putting up an exhibition of all the works of Danish at his alma mater “As his photographs are copyrighted so it will take time but we’ll try to have his memory etched on the walls of AJKMCRC,” he told Awaz-the voice.

Prof Khan says, “Unfortunately, his work now will be more valued, as he was exposing the truth in a candour manner, putting his life at stake and was trying to leave a niche, his life was larger than the canvas, greater than the line of duty, the main motif of his heart according to me was to mend the wrongs, tell the masses as to what the ground reality was...”

Danish was known for mentoring aspiring photojournalists and many considered him as their role model. Mohammad Meharban, another alumnus of the Jamia Milia Islamia was an understudy. 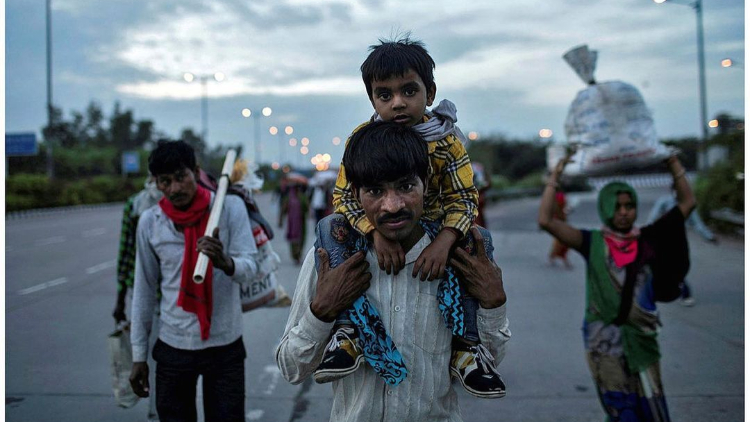 A still as clicked by Danish during the migrant crisis (Courtesy:Danish:Instagram)

It was 2018 when Meherban came to know of Danish's work and in 2019, Meharban was selected for a fellowship where he chose Danish as his mentor.

The two struck a bond that remains intact even after the former’s passing away.

Like Prof Khan, Meharbaan is also at the loss of words to explain how Danish Siddiqui’s untimely demise has affected him

Meharban says, “He is the reason as to why I became a photojournalist, he gave me a new life, changed the perspective of looking at the world, the subjects and the art of photography, he taught me all...”

By the end of the year 2019 Meharban was covering protests in Delhi, “....Danish Sir was in Hong Kong and in India the NRC-CAA protests were going on. I started clicking photographs  and when Danish sir saw those, he rang me up and asked me about my whereabouts...”

Meharban was highly touched by Danish’s caring and benign nature, he says that his mentor told him to be careful as he was covering a conflict for the first time. “Take care of yourself, don’t hurt yourself to capture a good image, you are still young, you need to have proper training before covering a conflict,” he remembers the irony of Danish telling him this back then. 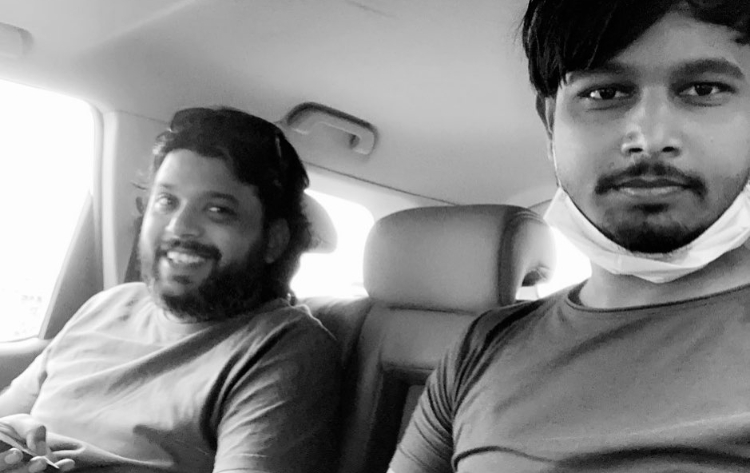 Meherban remembers how he visited the graveyard to take pictures of the Covid victims’ burials from a close distance and soon after rushing to upload the photographs, “Danish Sir gave me a call and told me to be careful, as nothing was more worthy than a life...he used to say that pictures would linger on but one must live too to see them...he was a careful fellow….” Meharban goes on to add.

Danish and Meherban captured pictures in Bihar, and Covid-19 second wave together.

Back at Danish’s home everyone knows Meherban as a mentee and someone who is bound to follow his mentor’s footsteps.

Two days before Danish was killed, Meharban had a conversation with him. Danish was looking forward to returning home on Bakr-Eid and invited him over for the festival.

“People generally thought him to be from a privileged background since his father was a professor at Jamia. However, Danish Sir told me his story of struggle. He did his internship with Reuters in Mumbai in a small house. The room had a leaking roof. He never cooked and only  survived in street food like vada pao, he called his room joota, as it had the shape of a shoe”

Meharban says his mentor was a very warm and loving human, a romantic at heart. He further tells Danish's wife hails from Germany.

Meharban once had asked him in his sheer naivety, “How to do guys communicate, how do you guys live, isn’t there a lag of communication.”, to which he fondly replied, “just like everyone else does, we understand each other, love has its own language.”

The couple has a daughter and a son named Sarah and Yusuf respectively.

Danish was a dotting husband and a father who would sit with his daughter for hours listening to the Sufi Music of Nusrat Fateh Ali Khan, he even dedicated his esteemed Pulitzer to his kids captioning for Sarah and Yunus. Lots of love, Abbu. #pulitzer

He valued family time a lot and often took breaks as long as a month in order to spend time with his near and dear ones.

Meherban and others had arranged a candlelight vigil on 17th at gate number 17 of Jamia Millia Islamia, for their late mentor which was attented by a moving crowd of over 200 plus people. 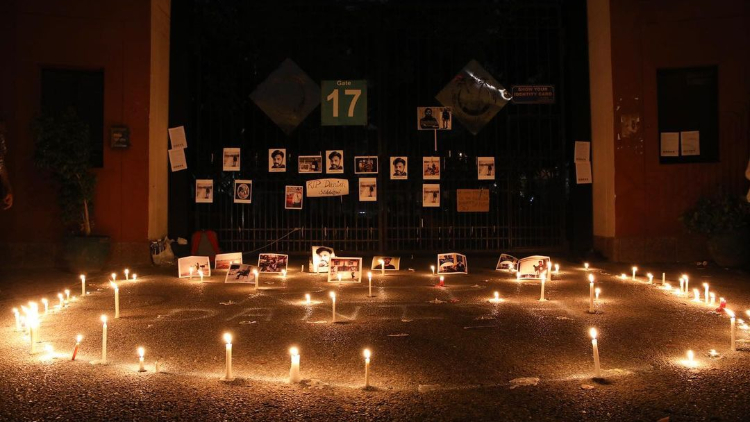 A homage was followed by Danish's alma mater (AJKMCRC) for their bright star on 20th at MA Ansari Auditorium, attended by HOD's, faculties, staff, alumni and students alike.

An exhibition on the late photojournalist's work is to be held soon.