After Prime Minister Narendra Modi showered praises on IAS officer Inayat Khan for her phenomenal work as the District Magistrate of Sheikhpura, one of the backward districts of Bihar covered under the Aspirational Districts Programme for development, she has been posted to Araria in the Seemanchal region of Bihar.
During the video conferencing on 24 January, the Prime Minister praised the young DM for her work related to women's health, malnutrition and education.
The Prime Minister acknowledged Inayat’s efforts and said that the change in the Sheikhpura district of Bihar was only because of her constant efforts. 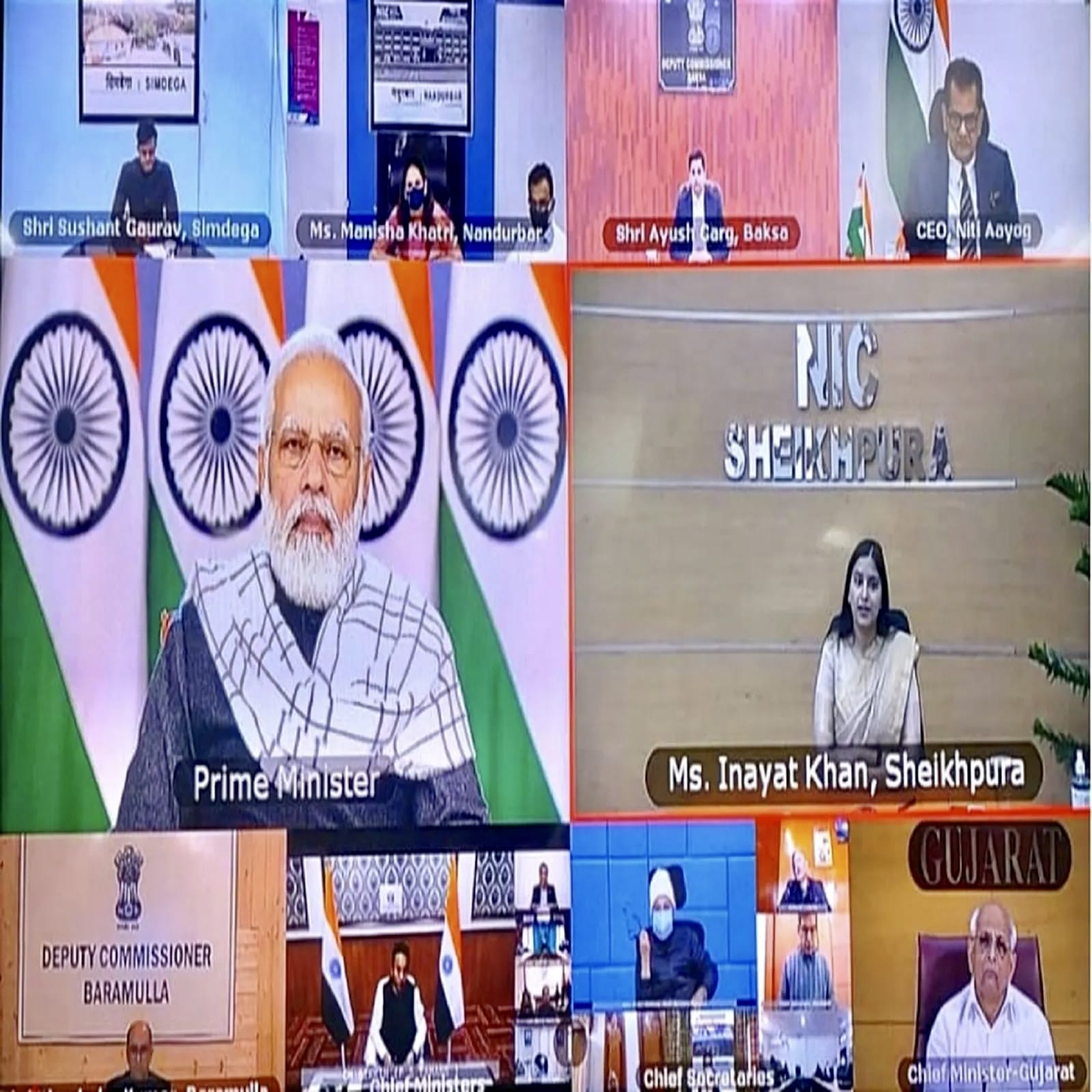 Inayat Khan interacting with Pm Narendra Modi in a virtual conference
Inayat Khan, 35, was born in Agra and did her B.Tech from Anand Engineering College. She cleared her UPSC in 2011 with an All-India rank of 176 and was allotted Bihar cadre.
After working for India's leading IT firm for one year before writing her UPSC examination to become a civil servant. job to serve the country. She cleared the exam in 2011.
Inayat Khan's first posting was as an assistant collector in the Patna district and the second one as the SDO in Rajgir.
It was in Bhojpur where she was posted as District Development Commissioner (DM) that Inayat Khan was nicknamed a 'tough officer' as she got officer CCTV cameras and biometric attendance installed in offices in every block.
She was a stickler for discipline and work culture. From surprise inspections to visiting the station premises personally to taking walks on foot in the district, Inayat did her best to improve the governance and service of the public at the hands of the government machinery. 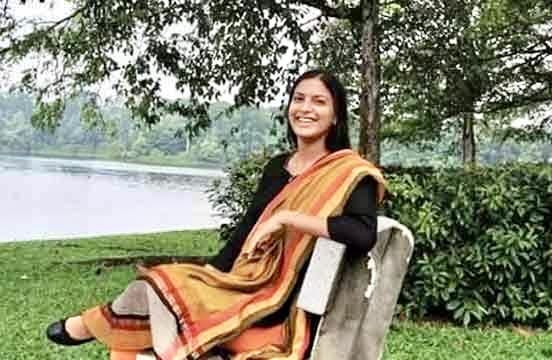 Inayat Khan
Besides making news with her strict demeanor and work ethic, Inayat has also adopted the children of the martyrs.
The Aspirational Districts Programme is an initiative by the Government of India implemented by NITI Aayog with the help of various stakeholders to improve the living standards of people in aspirational districts. There are 112 Aspirational districts identified throughout the nation covering a minimum of one from each state in India.
Recently, the state of Bihar was appointed with new DMs in 13 districts. Inayat Khan was allotted Araria district
The district is a Muslim majority area and people are socially and economically backward. Her posting has given hope to the locals that Inayat Khan would work out a solution to the problems of the area.
Inayat Khan made headlines when she adopted the kids of the martyr soldiers. 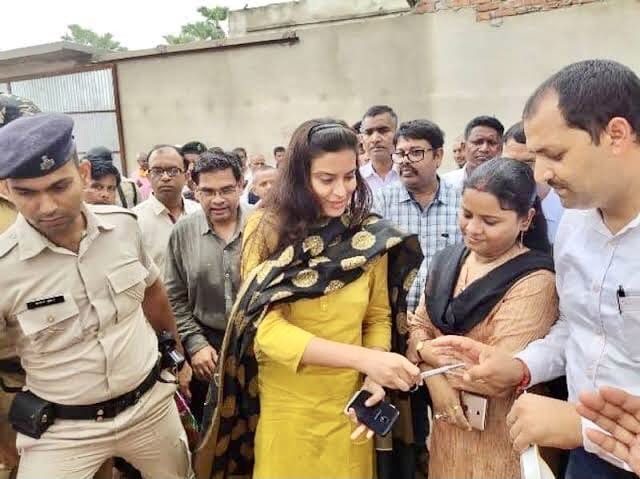 Inayat Khan during her inspection tour
After the Pulwama attack, Inayat Khan remained in the headlines for her duty. She never announced the adoption of the daughters of Ratan Thakur and Sanjay Kumar of Bihar, who were martyred in the Pulwama attack.
She not only donated her two-day salary but also made officers posted in Sheikhpura district donate their one-day salary to the fund for the families of the Pulwama martyrs.
On a personal front, Inayat lives a simple life. She even has a housing loan from LIC to pay off for the financial year 2021-22. This came to the fore when she declared her movable and immovable property at the end of the fiscal year.
According to the details as recorded on the website, the DM has about one kg of gold and Rs 3.50 lakh deposit in the bank.