Jaibeer Ahmed is an advertisement professional who has been living and working in Gurugram, Haryana, for the past 20 years. Creator of many famous media campaigns Jaibeer is famous among the Kashmiris living across the world for another reason. This 47-year old Kashmiri has brought smiles to many faces, revived human bonds that were broken due to terrorism and religious extremism in the Valley in the late eighties. He has played a role in restoring a semblance of love and human bond between the two religious communities of the Valley who became estranged due to tragic events 32 years ago through his social media endeavor Raabta (The connection) launched in 2018. Both the communities had been spewing venom on each other – Hindus for having been evicted from their land and Muslims for abandoning them in a complex terrorism-security situation. Jaibeer turned the tide by bringing the two communities together. His social enterprise has since turned into an offline campaign where friends, neighbours, relatives, teacher-students living far away  are getting connected; it has since become a regular offline organic campaign. Aasha Khosa of Awaz-the Voice spoke with Jaibeer Ahmed about his experiences of life and Raabta. Excerpts from the Conversation:

How did the idea of Raabta come to you?

I was very disturbed to see the hateful interactions between Kashmiri Hindus and Muslims online. There was negativity, acrimony, and conflict between the two. It disturbed me. Both spoke a lot of bad things about each other. To a person like me who was brought up in Kashmir’s composite culture, it was like a relationship turned sour that too very badly. However, I also noticed that whenever a Kashmiri Pandit and a Muslim met, they were very warm and cordial to each other. They connected at an emotional level. I realized they had a very different behavior between the two online and offline. In-person, they still cared for each other, maybe for old times’ sake or out of genuine love. 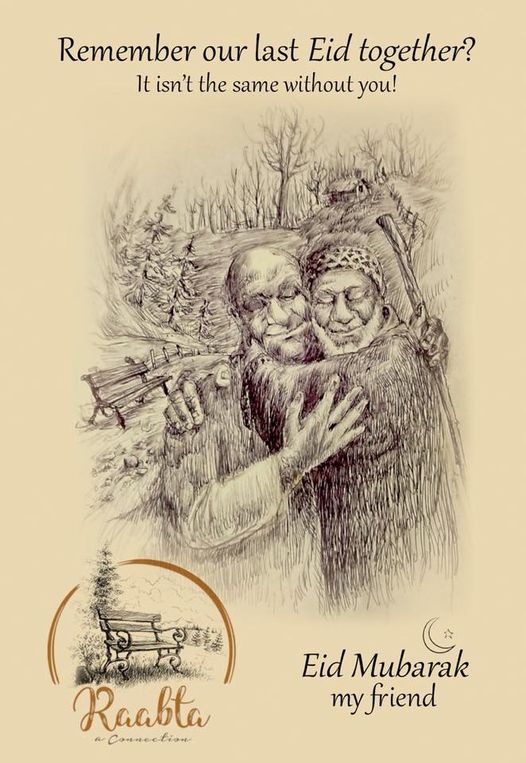 On Eid Raabta greeting all Kashmiris and its members

At what point did you decide to work on bringing them together through Raabta?

I realized that outside Kashmir, the pundits and Muslims shared an even stronger bond. Their food and culture brought them closer, and the religion or political ideology didn’t come in between them. This seemed to be more pronounced in case the two happened to be old friends or from the same area in the Valley. I thought why not bring them together; I thought of becoming a facilitator in their yearning and search for each other and the Raabta was started first as a WhatsApp group in 2018.

What was the initial response?

The Idea resonated with many people as they realized they can post a message for their friends, teacher, brother, any fellow Kashmir they have got disconnected due to the situation in Kashmir. Neighbours old friends, Friends of one’s father, teachers, classmates…people started asking about those whom they wanted to connect with or were missing. This led to a lot of positive conversations on social media platforms. There was an emotional outpouring from all sides. Kashmiri Muslims were looking for their Hindu friends and once connected they wanted them to come back. 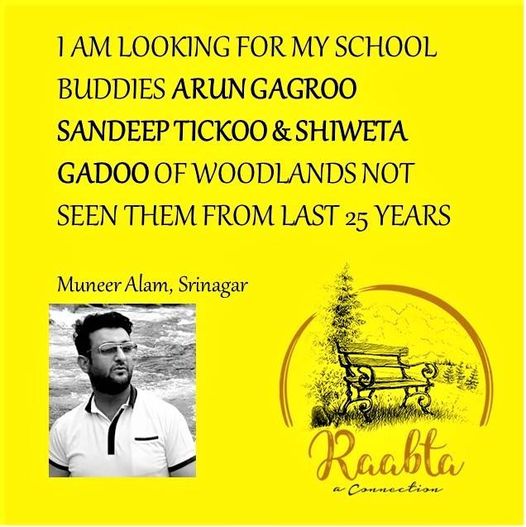 Looking for friends and old connections

Then I converted it into a Facebook page for further reach. I chose the day of Hairath called (Mahashivratri) when generally a lot of Muslims greet Kashmiri Pandits on their biggest festival. It created a groundswell of positive sentiment. The traffic on the page was organic and I never spent a penny for promoting it, Organically, within days the reach of the page had increased to 23,000 people. In flowed the conversations of love, yearning, and human bondage with Muslims looking for their Pandits links and vice versa.

Tell me about some of the connections that happened on Raabta and that you remember!

I remember a person named Smeer living in Dubai connected with his childhood Hindu friend who was living in Chandigarh. Theirs’ was the most emotional conversation on the page and the reactions were amazing. An ailing teacher connected his lost Muslim mother who was in the last phase of her life. They spoke on phone and broke down. Two friends – Hindu and Muslims – who had got disconnected under bitter circumstances – met. The Hindu has lost his business and faced threats to his life. Both poured their hearts out and yet kept the conversations on. Despite the gilla-shikva, they reconnected and became friends again. 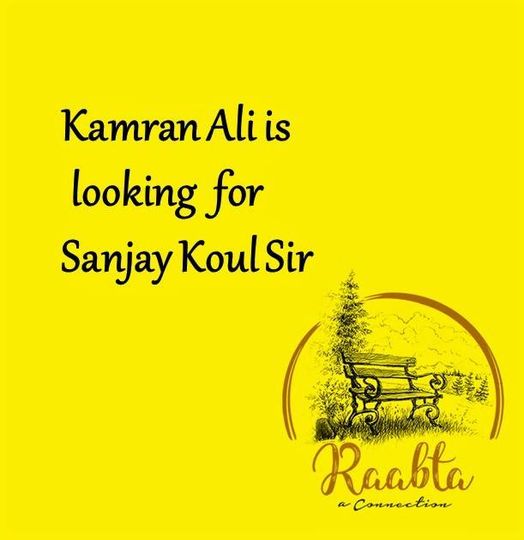 People seeking out their connections on Raabta

One such connection that I remember was about two childhood friends from Anantnag. The Kashmiri Pandit friend living in Delhi was into business. When they got connected the Muslim invited him to his daughter’s coming wedding. During the conversation, it turned out that the bride-to-be was working somewhere in NCR Delhi. The Kashmiri Pandit then invited her to his home and told his friend that all leather goods she would need as gifts and for her need will be given by him (He owned a leather business). The connections were no longer happening on social media; after initially meeting through Raabta, people would speak and connect directly. The best part was there was not a single negative comment on the page. The only one was from a non-Kashmir who was hooted out. 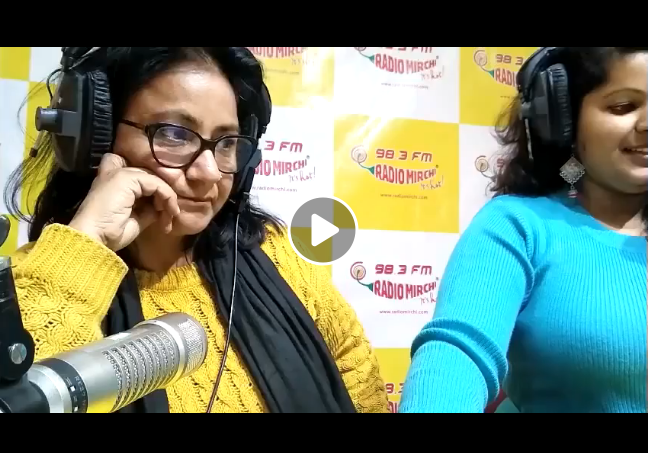 Ashima Koul speaking to her childhood friend on Radio Mirchi

How did the idea become even bigger? Tell me about your association with Radio.

Yes, Radio Mirchi took up the project beyond the page of social media. It collaborated with us and created a platform where Hindus and Muslims connected through their programme. One of the videos that went viral and created a lot of buzzes was an interaction between Ashima Koul, (a Delhi-based peace activist who works in Kashmir) and her childhood neighbour-friend Abbas Hamid, a lawyer in Anantnag. The two spoke through Radio Mirchi. Ashima remembered their childhood days in Baramulla and the two decided to meet. I have a record of 60-70 Hindu-Muslim connecting through Raabta. However, it is many times more.

Tell me about your connections: did you also find someone through Raabta or otherwise.

My grandmother who was lovingly called Brega Apa was in her eighties and she had been yearning to meet her ‘son’ Dina Nath, whom I called Uncle Dina Nath. My grandparents always consulted him on important issues. After I launched Raabta, I came to know that he lives somewhere in Jammu. My grandmother was very keen to meet her Dina Nath whom she always called her eldest son. Much earlier, when my grandfather was in hospital in Delhi he would ask me to go and look for Dina Nath, as he believed Dina Nath should be around. He passed away without seeing Dina Nath. But I worked on the leads for six months and reached Dina Nath’s home in Jammu. He was not keeping good health. The Mother-Son connected on the telephone and broke down incessantly. They were hearing each other’s voices after 30 years and trust me they cried for half an hour. Visiting him in Jammu was a source of satisfaction to me. Both Uncle Dina Math and my Granny had passed away but they spoke often in their lifetime. 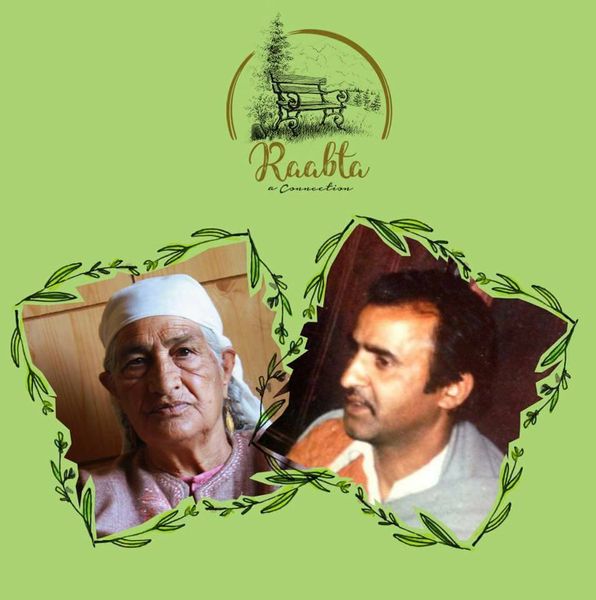 Brega Appa with her 'son' Dinanath and author's 'Uncle'

How was the reaction among people in Kashmir – mostly Muslims?

Our initiative was lapped by many institutions and individuals. I remember an internet radio launching a program on the same lines. Our page made Naseem Shifai, Sahitya academy awardee and Kashmiri poet a video of her poem about the good old days when Hindus and Muslims lived amicably and as one in Kashmir. Her video went viral and is still shared by people across the world.

Any moments of anger, frustration…

Yes, indeed. All the requests for contacts would not materialize. I took it as a challenge while those who had posted it blamed me for not helping them. This was kind of a mixed feeling; it showed their expectations of me and also their strong desire to connect. But I was very disturbed if it took more than a month to find someone. 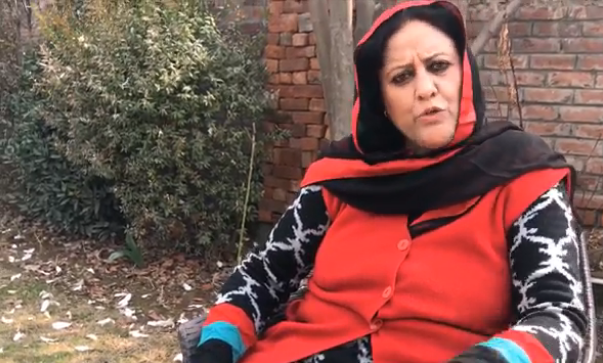 How was your childhood?

I am from Mattan, Anantnag, the place of Martand Sun temple and a sacred naag (Spring). Hindus and Muslims lived together. I took all townsfolk as my people. Our interactions were deep and heartfelt; I played cricket and my seniors – mostly Pandits – encouraged me to do well. A wedding in a Pandit home was like one in my own family: I knew all about the rituals and style of Pandits be it a wedding or a festival. I remember my Uncle’s many best friends were Kashmiri Pandits and also hairath (Shivratri). I could buy books from the local shop on credit. He was a Pandit and he gave me stuff the way he would give to a member of his family. I would similarly got tobacco fo chilum of my grandfather from a shop.

Where did you do your colleges and picked this profession?

I have been out of Kashmir for 30 years. Went to AMU for studies and then shifted to Delhi for work. I would go home during vacations and see the broken and burnt houses of Pandits. I would take pictures and remember this was Razdan sahib’s house and that the one belonging to my Hindi teacher. I missed all of them. The place wasn’t the same; no longer a vivid and happy town. Each time I visit home, I miss the composite culture that I was brought up with.

You have traveled widely across India and abroad. How is your experience of life as an Indian?

The most endearing thing about India is its diversity; it appeals to me. Once you travel outside the country you realize most of the countries are monochromatic and only traveling will get you to meet people of other cultures and nationalities. In India, I can meet people of different cultures, speaking different languages in my (Housing) society, office, or anywhere. Our diversity is huge and culture is tolerant; there is a sense of accommodation. Most of us do underestimate the richness of our country. 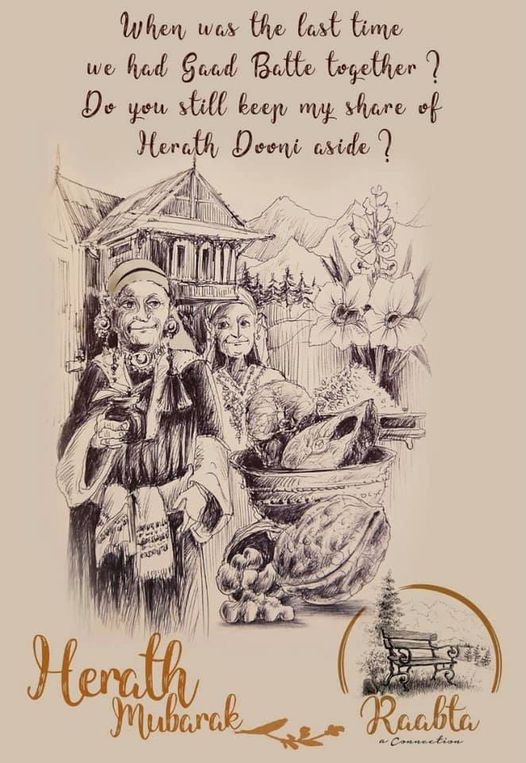 Before closing, I want to tell you that I went home three months ago and was happy to see a lot of Kashmiri Pandits back. Some are living in rented accommodation. I visited the temple of Martand (Sun Temple), the Naag that has always given me peace. I was happy this time. I believe now connections gave gone offline. People have formed their systems of collaboration or remaining connected. Once out of curiosity I ventured into a village where I could see a lot of abandoned houses of KPs. I was taken to the village head who explained that he was in charge of cultivating the land of all those who had left and was giving them returns. After Gujarat, Karnataka mulling to introduce Gita in syllabus At least 26 killed in earthquake in Afghanistan 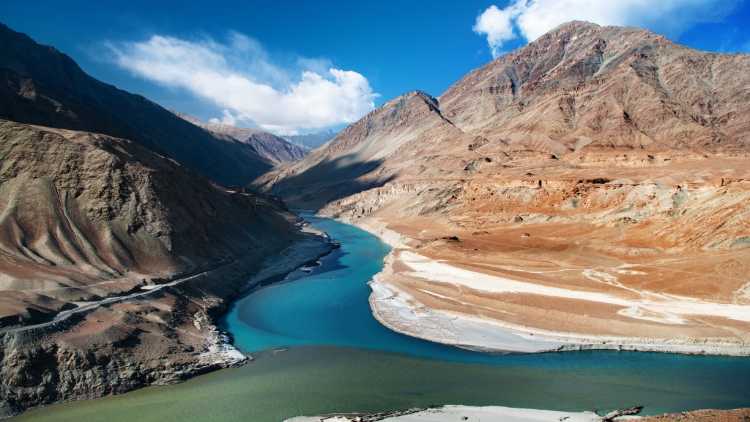