Dr. Asif Iqbal of Araria district of Seemanchal region of Bihar has set a new example. After doing MSc in Biotech from Aligarh Muslim University and Ph.D. from Kolkata University, he has taken to farming as his main source of income.

Posted as an Assistant Professor in Araria College, Dr Asif Iqbal is not only raising his income from farming, he has also created employment for others in the village. He says, “I have a job to run a house, but I create employment for others by farming.” He has launched the cultivation of Makhana or Fox Nut on 50 acres of land that he took on the lease.

Makhana has been suddenly discovered by the developed world as a superfood rich in minerals and fiber and is much in demand globally.

Dr. Asif Iqbal’s father Abdus Salam was a farmer in village Gaira of Araria. He lived well with his income from farming. Dr. Asif has learned farming techniques from his father. After the father passed away while he was doing his M.Sc, the responsibility of managing the family fell on Dr Iqbal.

He was keen to return home but his family insisted he complete his studies. He returned home after his master's giving up the opportunity to complete his research for which he had been selected in AMU. Much later he did his Ph.D.

Dr. Asif owns about 7.5 acres of low-lying land. The crop grown there has been getting damaged due to rain and recurring floods for the last 25 years. 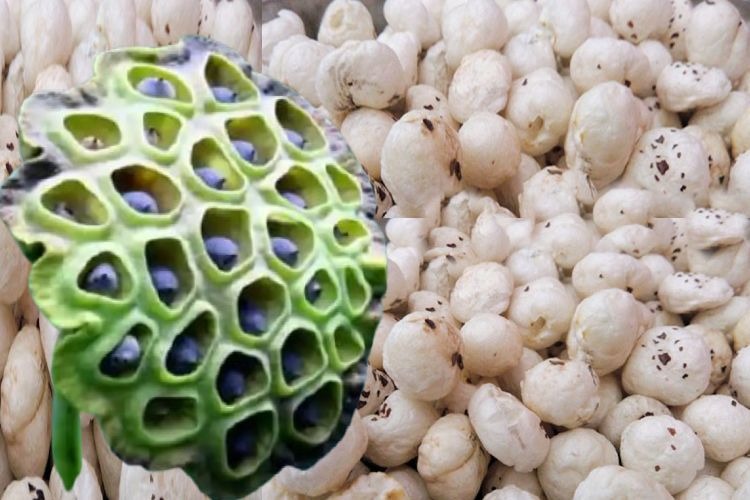 Seemanchal’s rivers Kosi, Mahananda, Kankani, and Bakra are visited by floods each year and it plays havoc with the crops and property. This is one of the key reasons for this region’s backwardness.

"Even the crops on our low-lying land get ruined every year in floods and rains," he says.

Using innovation, Dr Iqbal used the floodwaters as a medium of his super crop of Makhana. Dr. Asif says, “I have seen that people are earning well by cultivating Makhana.” This crop grows in slushy areas and therefore low-lying and flood-prone fields are appropriate for it.

Four years ago he first cultivated Makhana in the 2.5 acres as an experiment. He made a good profit. From the next year, he started cultivating Makhana on 7.5 acres. He made a profit of about two lakhs in the first crop. Last year, he took 50 acres of land on lease for extending Fozx Nut cultivation.Dr. Asif employed locals in cultivating his field. Last year he earned Rs 23 lakh from Makhana cultivation.

A large part of it was distributed among those people who are helping in their work. Dr. Asif says, "I decided to grow Makhana on a large scale for the purpose of generating employment."

Asif Iqbal says that he cultivates paddy on ten acres of land. After harvesting paddy, he cultivated maize, wheat, yellow mustard, and pulses in the Rabi season. He says that no farmer of Seemanchal gives up the temptation to grow maize. Maize has become the cash crop of this area.