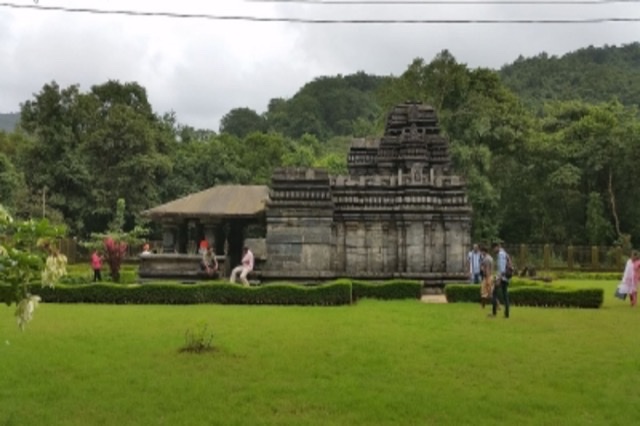 No, bulldozers aren't hogging the limelight in Goa, but old communal scars left behind by early Portuguese colonists appear to be resurfacing in the peaceful holiday state.

A proposal by Chief Minister Pramod Sawant in his budget speech this year, proposing to earmark Rs 20 crore for restoration of temples destroyed during the Portuguese colonial regime has triggered a debate in the state about a subject, which its residents had more often than not shrugged aside as an unfortunate savagery of a past age.

Catholics, most of whom are descendents of Hindus converted centuries ago, account for nearly 26 per cent of the state's population, but both communities have been living in relative harmony over the years. While the state government is yet to formulate a clear policy for identification of the temples damaged during the early and especially brutal part of Portuguese occupation of Goa, the first major Portuguese conquest in Goa was the 1510 defeat of the Adil Shah of Bijapur who ruled the region, according to Goa's Archives and Archaeology Minister Subhash Phaldesai, only sites which are not disputed would be considered by his Ministry for restoration.

"What is the objection in carrying out such restoration in areas where there is no controversy, where there is no disputed area. If there is a dispute it can be addressed, there is the judiciary, there are mechanisms to maintain law and order," Phaldesai said. Temples in Goa came under a series of assaults, which date back to an era before the Portuguese, when the region which was once a prosperous port town known for its flourishing trade, was under the reign of the Adil Shah kingdom of Bijapur.

"During the 14th and 15th centuries C.E., Goa's earliest mosques were built, sometimes on the sites of demolished Hindu temples in and around Old Goa, as a consequence of Muslim occupations of this key trade port. Thus, when the Portuguese arrived in Goa, they came to a land long used to conflict and the fluctuation of religious power," says scholar Timothy Walker in his research paper 'Contesting Sacred Space in the Estado da India: Asserting Cultural Dominance over Religious Sites in Goa'.

"With each new oscillation, the victors would assert their religious ascendance by supplanting religious edifices. Of course, temple destruction is nothing new in the Indian context; as a tool of conquest and dominance it began long before European arrival to South Asia, and such acts continue to be politically charged and culturally relevant in modern India.

"Because of their prior experiences with sacred site destruction by invaders for political ends, the local Goan population may have immediately understood the Portuguese destruction of mosques and temples as constituting just another example of a 'legible grammar' of cultural/political domination as practiced in South Asia," he added.

More than nearly 300 temples were destroyed by the Portuguese during their early forays into Goa, forcing the relocation of temples away from the reach of the Portuguese colonists in present day Maharashtra and Karnataka. The drumming of the temple restoration rhetoric has however been criticised by the Opposition, at a time when the state also witnessed a clash between two religious groups on the occasion of Ram Navami this month.

"There is a systemic pattern in which communal hate and venom is being spread amongst communities. Goa is no exception, the recent statements of Goa Chief Minister are only indicative of the direction given by the party high command," Rahul Mhambre, former state convenor of the Aam Aadmi Party, said.