Illu is being trained to protect the Kuno Cheetahs from poachers

A five-year-old German Shepherd dog Illu is currently being trained at the Indo-Tibetan Border Police’ National Training Centre for Dogs and Animals in Panchkula to protect the eight Cheetahs brought from Namibia.

The female dog will join other sniffer dogs already deployed at various National Parks to secure India’s wildlife from poachers.

‘Illu’ is one of the six dogs which were brought to the Institute by TRAFFIC India (NGO working for the protection of animals) and given to the World Wild Life Fund – India Chapter for training before being deployed at Kuno.

“Since the Cheetahs have come to India after seven decades, we are training the dog in sniffing and identifying Tiger skin and bones. The cat family smell is the same,” says Inspector General (ITBP) IS Dulhan. 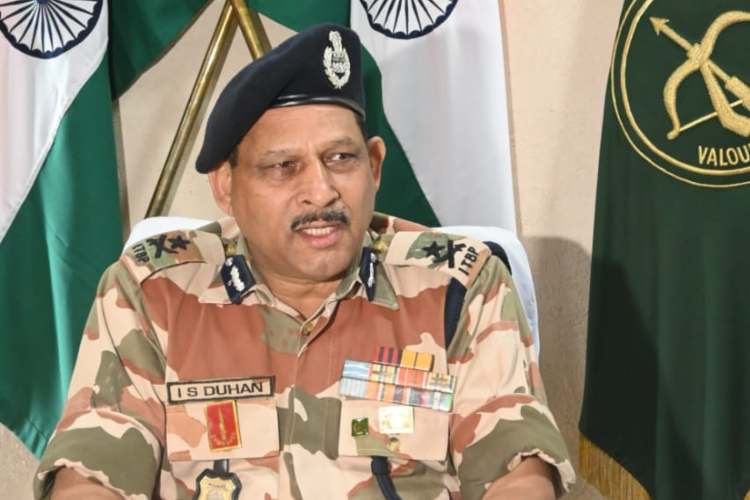 The 1986 batch ITBP officer who is heading the Institute of Basic Training Center elaborates on the training being given here.

“We specialize in training the canine breed for narcotics and trafficking. In 2008 the Wild Life people got in touch with us to train them for protecting our national parks. Since ITBP was an expert in this, we did the needful,” he says.

“And when need to secure the special guests (Cheetahs) came, we were the only option. It’s like sending children to a good school. We are privileged to train ‘Illu’ for this job,” he adds with a sense of pride.

Illu will receive basic training for three months that involves obedience and creating a general bonhomie with her two handlers. Once the handler-dog relationship is sealed, she will be given another four months of advanced training that requires getting adept at sniffing to prevent forest crimes.

Her day starts at 5 am and continues till late evening with enough rest in between. The training is all about creating a good relationship between the handler and the dog. 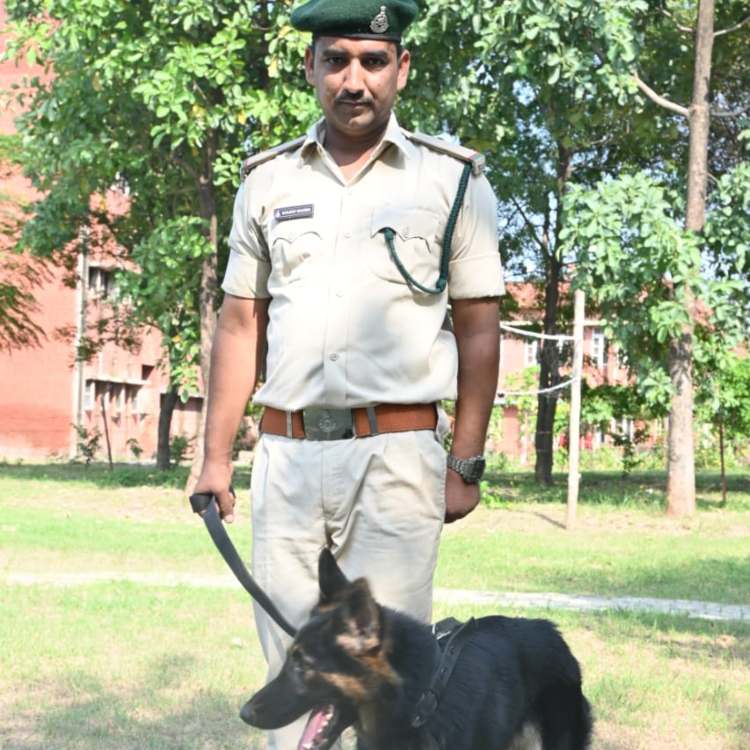 Sounds simple, but it is not that easy.

“The dog must win in all situations. That is what we train them for. She cannot be too docile,” says Duhan.

“We keep amending our techniques depending upon the way the enemy is reacting. Earlier we trained them to bark, but that alerted the enemy. Now they react by gestures,” adds Duhan.

The German Shepherd won over other breeds for this prestigious project because of its behaviour and calmness.

“Moreover, their trainability is good. They can be easily trained for the job. They can be cool when required and aggressive if the situation demands,” says Duhan.

‘Illu’s’ training started on September 7 and she will be deployed at the periphery of Kuno National Park in April 2023 to protect the eight Namibian Cheetahs from poachers.

“We are honoured to be part of this project. This is Prime Minister Modi’s pet project. It is of great importance,” says Duhan.

The Cheetahs are here. But the real job begins now.

“The entire world’s eyes are on Kuno. The world is watching us. Transporting the animals from one continent to the other, making them adapt to our conditions, and then protecting them from poachers. We have a job in hand and ITBP is proud to be part of it,” adds Duhan.

Prime Minister Narendra Modi released eight Cheetahs into the Kuno National Park in Madhya Pradesh on August 17. They were brought in from Namibia, the first time this specie was brought into India after being declared extinct in 1952.