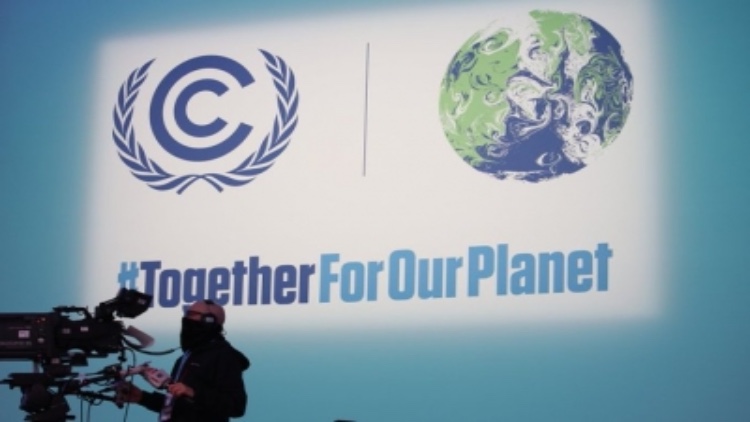 At the 2021 UN Climate Change Conference (COP26) on Wednesday, India, the fourth-largest auto market in the world, has committed to accelerate the transition to zero emission vehicles (ZEVs) in its markets along with Rwanda, Kenya.

Besides, 30 countries, including Canada, the UK, and Mexico, and six major automakers -- among them Ford, Mercedes-Benz, General Motors and Volvo -- pledged to work together to make zero emission vehicles the new normal by making them accessible, affordable, and sustainable in all regions by 2030 or sooner.
This marks a significant boost for vehicles that do not emit emissions harming the climate and public health.
Also at COP26, 20 airline members of the World Economic Forum's Target True Zero initiative committed to utilizing new technologies, such as electric, hydrogen and hybrid aircraft, to address the challenge of climate change.
And the launch of a new World Bank trust fund that will mobilise $200 million over the next 10 years to decarbonise road transport in emerging markets and developing economies.
This goal is guiding the Zero Emission Vehicle Transition Council (ZEVTC), which met with distinguished representatives, including experts on the transition in Emerging Markets and Developing Economies (EMDEs), discussed how international collaboration can support a global transition.
The ZEVTC will launch its first annual Action Plan, which sets out areas for sustained international cooperation to accelerate the transition during 2022. The US on Wednesday joined the UK as a co-chair of the ZEVTC.
Responding to commitment to clean vehicles' surges, Jake Schmidt, senior strategic director for international climate at NRDC (Natural Resources Defense Council), said: "This welcome move signals that a growing number of countries, auto makers and transportation providers are joining the global push for 100 per cent zero-emissions electric vehicles.
"Now, more key players, notably other countries with large numbers of vehicles on the road, should sign on. By transitioning to all-electric vehicles, we can create jobs and sharply reduce the pollution adding to the climate crisis, turning the corner to a cleaner future."
As per the Glasgow Accord on Zero Emissions Vehicles, signed by more than 100 entities, including countries, global automakers, cities, regions and fleet owners, this is the beginning of the end of the road for petrol and diesel-powered vehicles, which will be phased out and replaced by zero-emissions vehicles by 2035 in key markets.
The consequences of announcement are significant. These commitments mean signatories of the Accord account for almost 15 per cent of the global car market, or 11.5 million vehicles. Added to other countries and regions that have also announced ICE phase out dates, most notably the EU, this share climbs to more than almost one in three of global car sales.
Mayors of some of the world's leading cities, union leaders, transport workers, transport authorities and civil society have united at COP26 to call on the world's governments to prioritise sustainable long-term investment in public transport or risk climate breakdown.