In Frame: Visuals as shared by students stranded in Ukraine

On Thursday, an Air India flight sent to evacuate stranded Indian students, returned from mid air as Ukraine closed its airspace, leaving students to fend for themselves as Russia invaded the country.

Speaking to Awaz the Voice, Ravi Koul an education consultant said that around two weeks ago the Indian Embassy had put out a notice on its website stating the friction between the two countries and had requested the students to fill out the forms in order to get a total estimate of students struck on the foreign land.

According to some estimates there are around 20,000 students in Ukraine to whom the Indian Embassy suggested evacuating the conflict zone as soon as possible. But many could not book their tickets as airfares rose to Rs 60000 from Rs 25000.

“I have been reaching out to the government, MEA and the PM of India via tweets and emails requesting them to help the students as the notice to evacuate on their own makes no sense…”, Ravi added.

Very Sad
Russia has started attack on Ukraine
Our Government did nothing to save Approx 20000 Indians
Use Lviv to evacuate as many you can via Poland or Romania. Save Indians@PMOIndia @DrSJaishankar @IndiainUkraine @TimesNow @the_hindu @indiatvnews @ndtv @DainikBhaskar @republic

Air India had announced three flights to bring back the stranded students, out of the 20,000 students who registered only 240 have been brought back in the first evacuation flight before Ukraine closed its airspace, “Parents have been reaching out to me, students are crying, the war has broken out, the situation is dire…”, Ravi said.

According to one more education consultant who did not want to be named told Awaz the Voice that apart from the Martial Law and Emergency, President Zelensky has allowed the common man to use arms and ammunitions, “this further endangers the students as the common man also includes mafia and miscreants..,” the consultant said.

Kharkiv is the second largest city in Ukraine, home to universities like Kharkiv Medical College, Kharkiv International University and Kharkiv National University and is 40 kms away from the border where according to the latest reports has been subjected to bombardment. Around 5000 Indian students are reported to be studying there.

Indian students in these universities shared some alarming visuals from the site of the explosions, “We woke up to the sound of bombings, infact just 15 minutes ago (in refrence to the conversation they had with Awaz the Voice) we heard another blast, the situation is getting worse, Indian Embassy just provided us with some help line numbers, but no one from the Government has reached out to us,” one of them said. 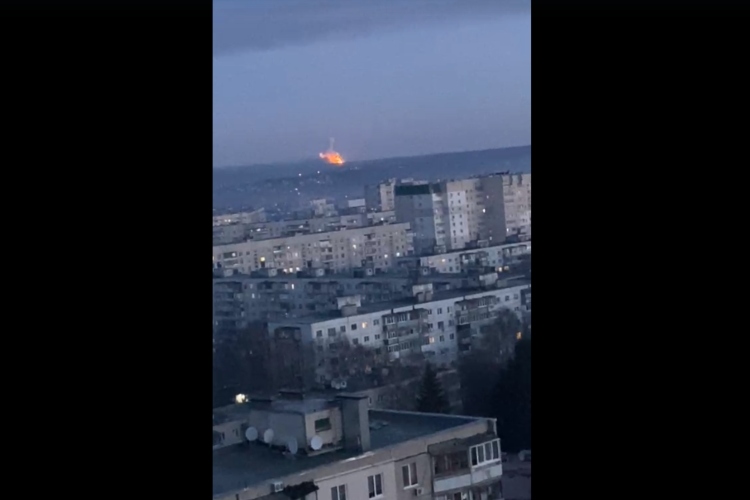 Visuals of bomardment from Kharkiv, a city 40kms from the border

Ravi praised former aviation minister Hardeep Singh Puri who had helped the Indians during the coronavirus pandemic by sending evacuation flights, “the operation of similar scale has not been forthcoming this time….the students may die there…” 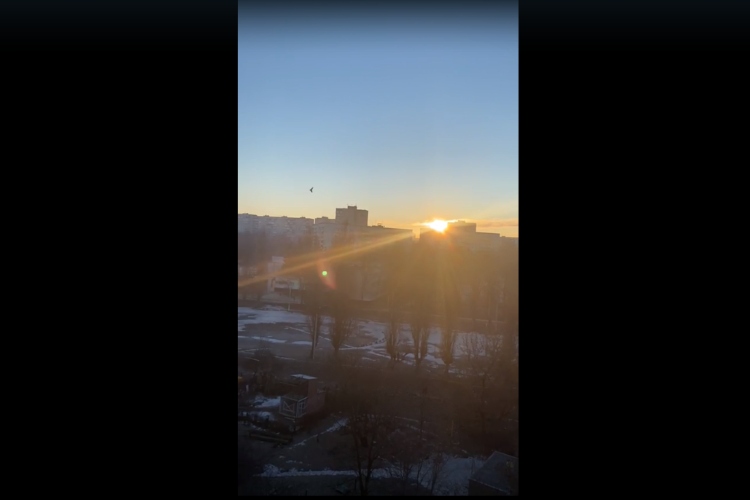 Visuals from Ukraine as shared by students stranded in Kharkiv

He said that since the airspace is closed now, the students must be evacuated via road to Bukovinian and Lviv regions that are bordering Romania and Poland respectively.

On Thursday morning the whole world woke up to the news of the Russian invasion of Ukraine. Putin has warned Ukraine that opposition to Russian forces will draw “severe consequences”.