"It's ok to be mediocre," Group Captain Varun Singh Group Captain Varun Singh, the lone survivor of the Coonoor Copter crash tragedy, in which chief of defence Staff (CDS) Gen Bipin Rawat, his wifer Madhulika Rawat and 11 other personnel were killed, had written a letter to the principal of his school in Chandimandir, Chandigarh, that is going viral on social media for its message.

Varun Singh is battling for his life in the Command Hospital of the Army, Bengaluru and his condition is quite critical.

In September, Group Captain Varun Singh had written the letter to the principal of Army Public School in Chandi Mandir Cantonment, Haryana, in which the theme of his letter was that students must give their best in whatever they do and not lose hope. 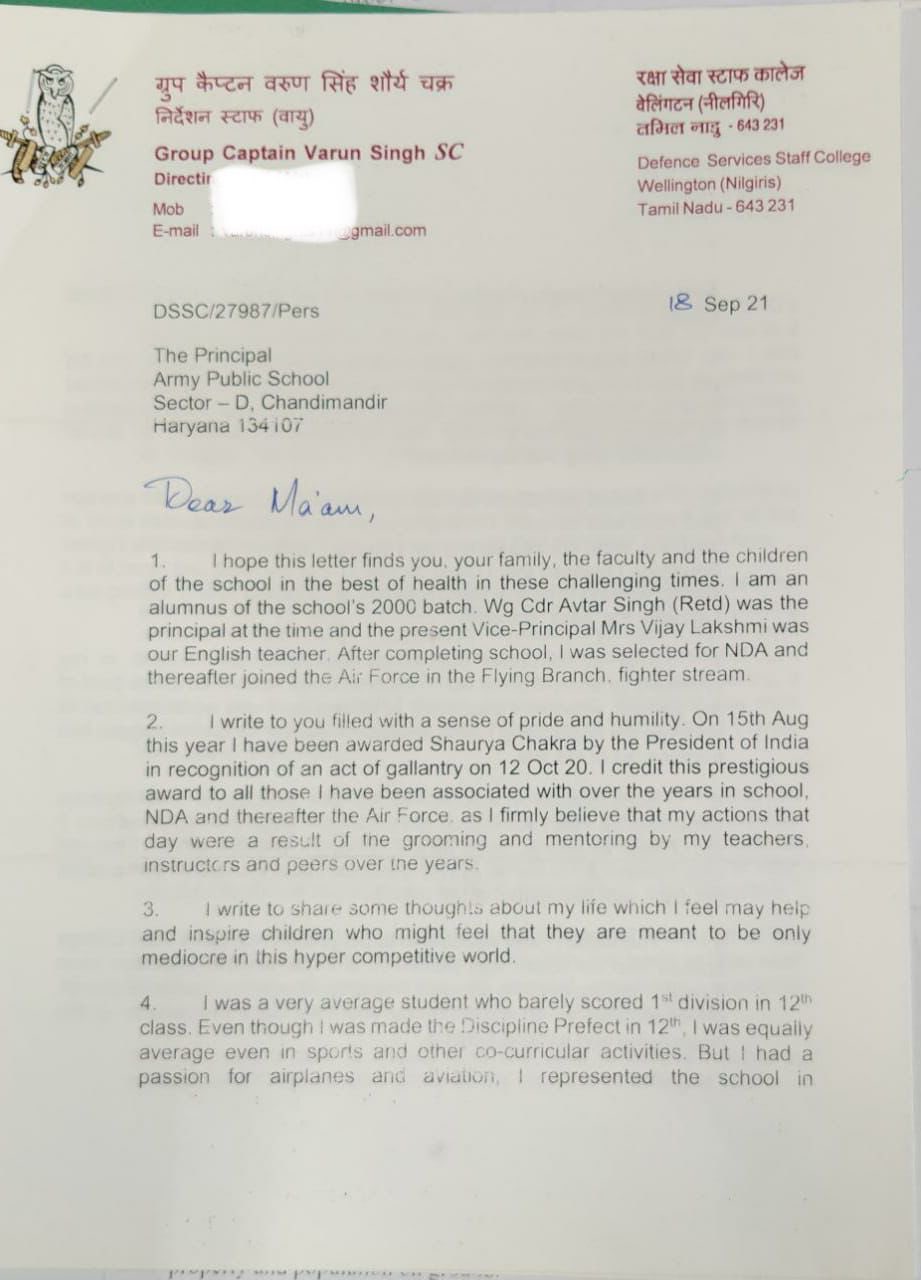 "Find your calling, it could be art, music, graphic design. literature etc. Whatever you work towards, be dedicated, do your best. Never go to bed thinking I could have put in more effort," he added.

The air warrior said he was an average student and barely scored first division in 12th standard, but had a passion for airplanes and aviation. I "I write to you filled with a sense of pride and humility. On August 15 this year, I have been awarded Shaurya Chakra by the President of India in recognition of an act of gallantry on October 12, 2020," he said.

"It is ok to be mediocre. Not everyone will excel at school and not everyone will be able to score in the 90s. If you do, it's an amazing achievement and must be applauded," Group Captain Singh wrote. 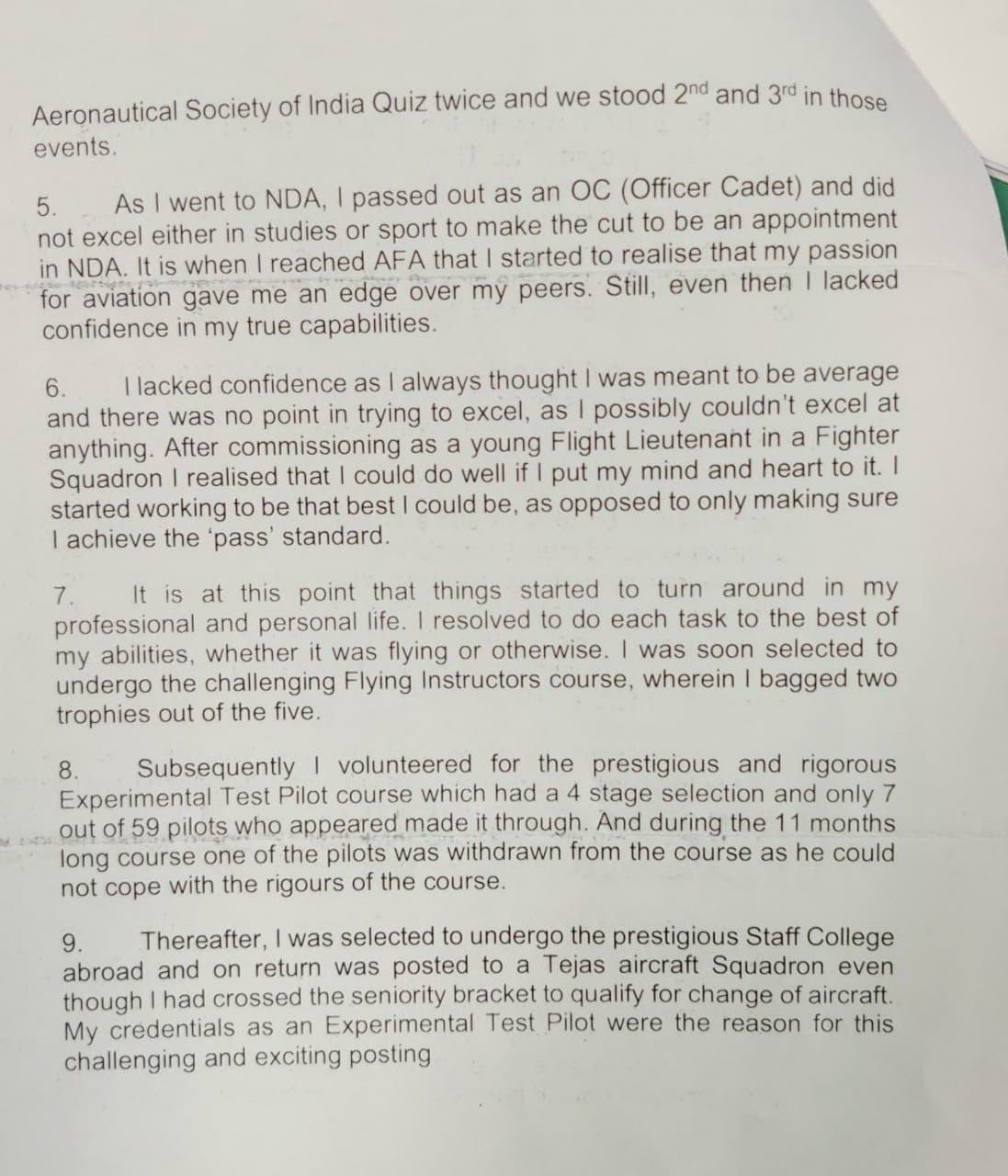 "However, if you don't, do not think that you are meant to be mediocre. You may be mediocre in school but it is by no means a measure of things to come in life," he said.

The Group Captain was an average student. He has reached this position through his passion and dedication.

He had earlier saved himself in August after a technical fault in his Tejas aircraft, after which he was awarded the Shuraya Chakra for bravery.

The Group Captain said he was not trying to blow his own trumpet or writing with a desire to seek a pat on the back, but that he wanted to let the children know a few of his life's experiences that may help them in future. 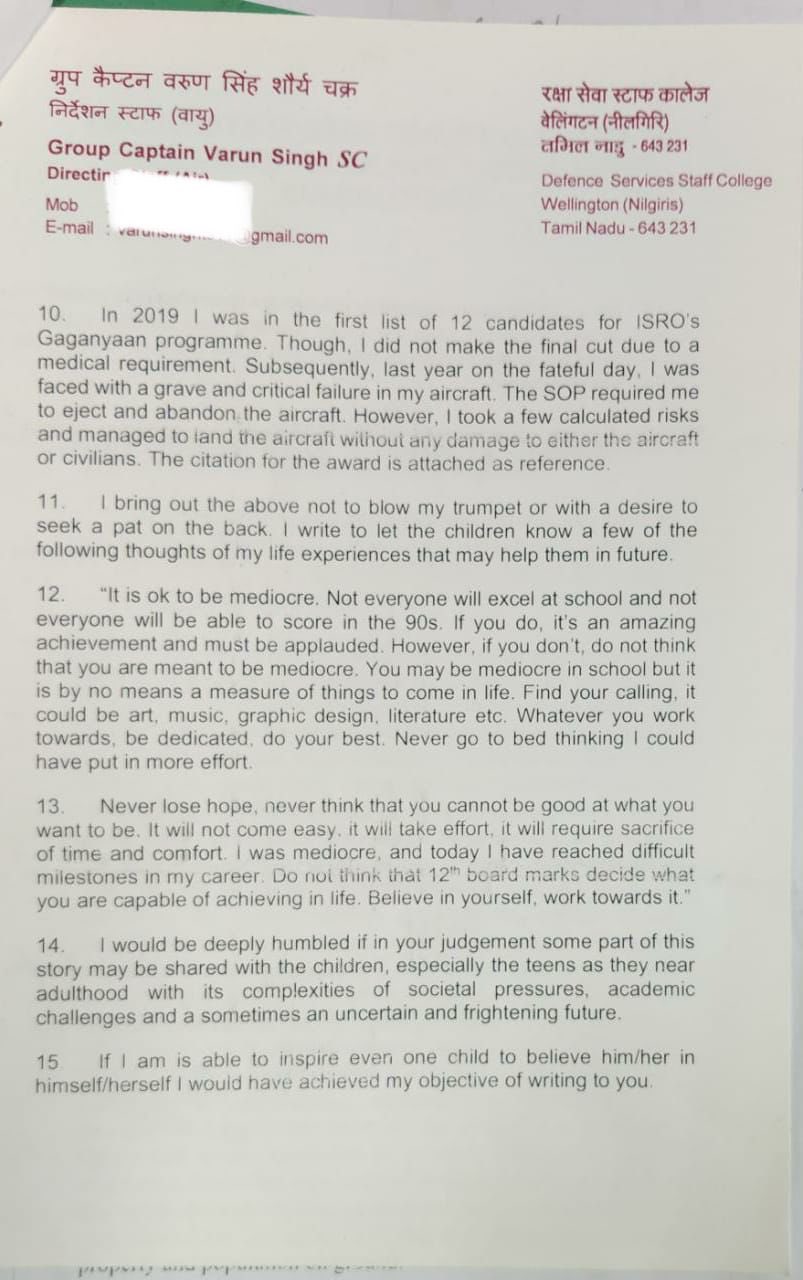 He wrote: “I was such an average student that I could hardly get first class marks in class 12th. My performances in other school-college activities were equally average, but I was very fond of airplanes and air travel.”

Captain Varun Singh says “even when I was called by the National Defense Academy, I lacked confidence. I've always considered myself average and there's no point in trying to be the best in a tough world like this."

Group Captain Varun Singh has been awarded for his outstanding performance in many challenging Flying Instructor Courses. He was also selected for the trial pilot course of challenging experiments. 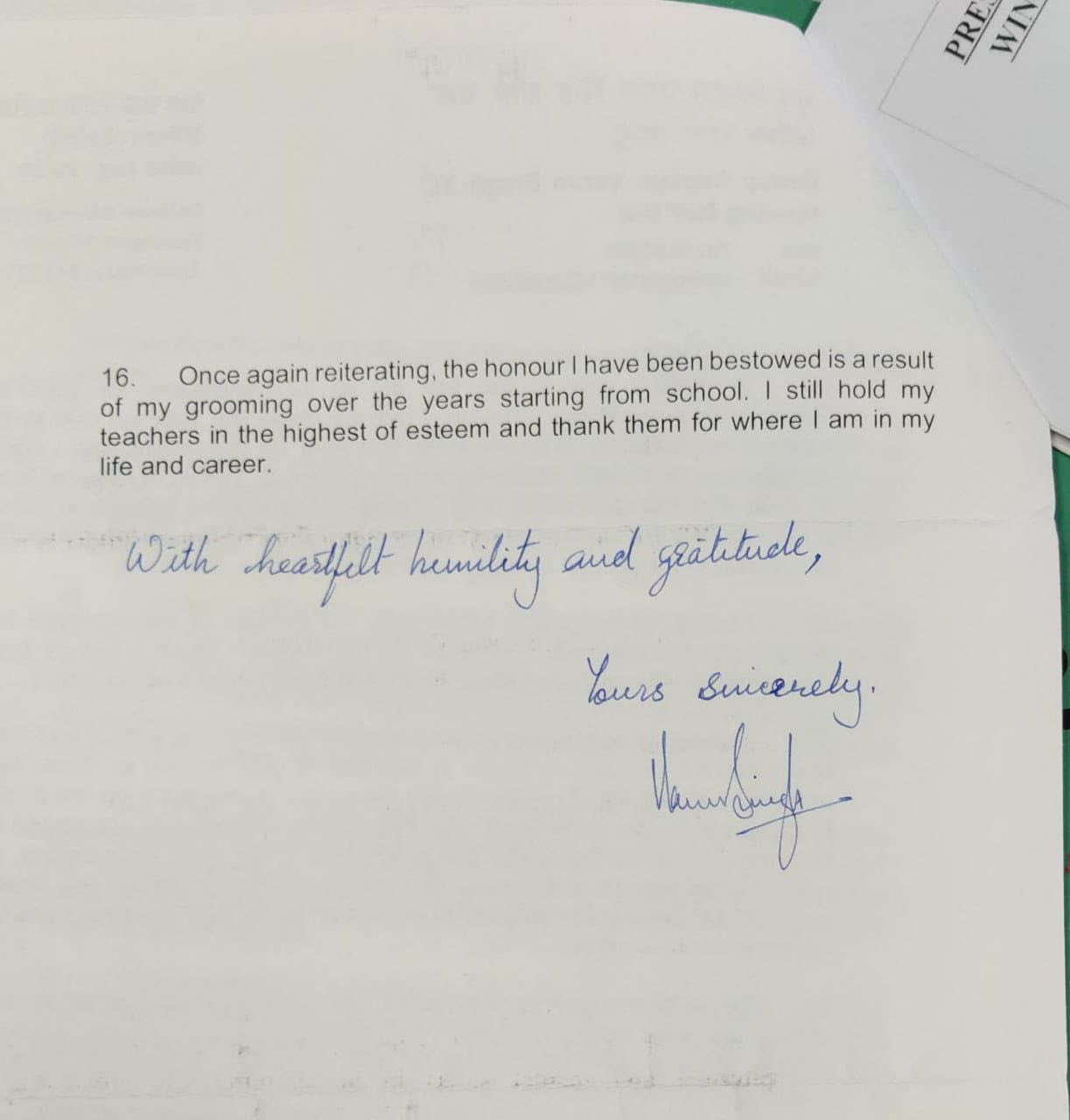 Varun Singh emphasized confidence in a four-page letter to the principal.

These words of Group Captain can inspire millions of children.