Day after a woman was allegedly kidnapped and gang-raped in the national capital, Delhi Chief Minister Arvind Kejriwal on Thursday called it a shameful act and urged the Centre to instruct the police to take strict action.

"This is very shameful. How did the criminals get so much courage? I urge the Union Home Minister and the Lieutenant Governor to instruct the police to take strict action, pay attention to the law and order situation. Delhiites will not tolerate such heinous crime and criminals at any cost," tweeted the Chief Minister today.

A 20-year-old woman was allegedly gang-raped, tonsured, garlanded with slippers and paraded with a blackened face in the Kasturba Nagar area in the national capital, Delhi Commission for Women Swati Maliwal alleged on Thursday.

Maliwal in a tweet stated that she was issuing a notice to the Delhi Police in connection with the gruesome crime and has demanded quick action to arrest the criminals and provision of security to the family of the survivor.

"In Kasturba Nagar, a 20-year-old girl was gang-raped by illegal liquor sellers, made her bald, wore a garland of slippers and turned her face black in the entire area. I am issuing notice to Delhi Police. All criminal men and women should be arrested and the victim and her family should be given security," the DCW chief tweeted.

Meanwhile, Delhi Police has said it had arrested four people for allegedly gang-raping a woman in the Vivek Vihar area of Shahdara district in the national capital.
"An unfortunate incident of sexual assault of a woman due to personal enmity happened in Shahdara District," said R Sathiyasundaram, Deputy Commissioner of Police, Shahdara.

"Police has nabbed four accused and probe is on. All possible help and counselling are being provided to the victim," DCP added.

According to the police, after the alleged gang rape of the woman, her hair was cut off, her face was blackened and she was paraded in the streets wearing a garland of slippers.

According to the survivor's sister, a man living in the neighbourhood who claimed to be in love with the woman committed suicide in November last year.

"His family blames my sister for their son's death," she said.

Further investigation into the matter is underway. 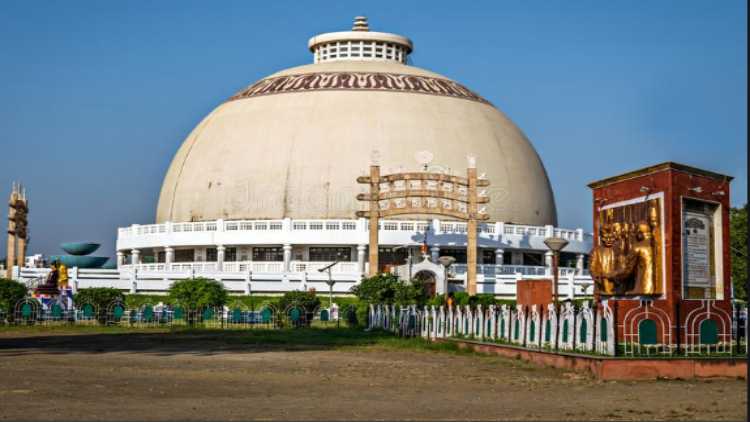 China to boost military budget by 7 per cent