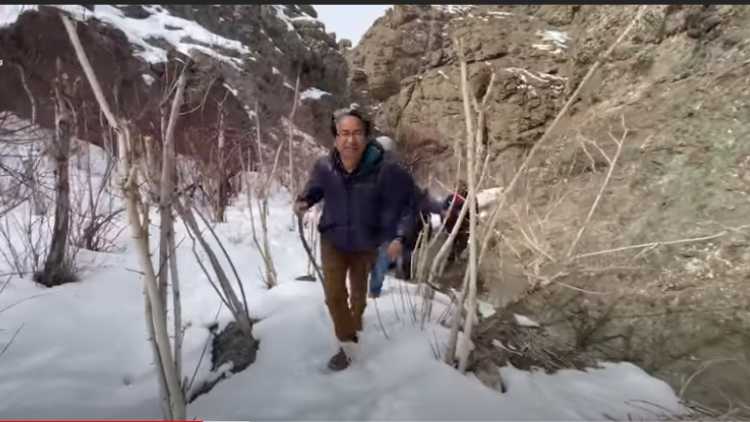 When the whole world was closed with the Covid-19 pandemic that overwhelmed countries, a quiet revolution was taking place in a far off Himalayan village of Kairat in Kargil, Ladakh, at the icy heights of 13,000 feet.

Untouched by the virus, a group of villagers had ascended to the barren heights carrying water, shovels and the most important saplings. A group of 65-70 young men spent a week digging holes, placing the saplings inside and watering these.

In the end, the 'Yuva Kairat" group had planted 4,000 saplings and laid the foundation of what will eventually boom as a mini-jungle in a few years.

What made them undertake this uphill task? 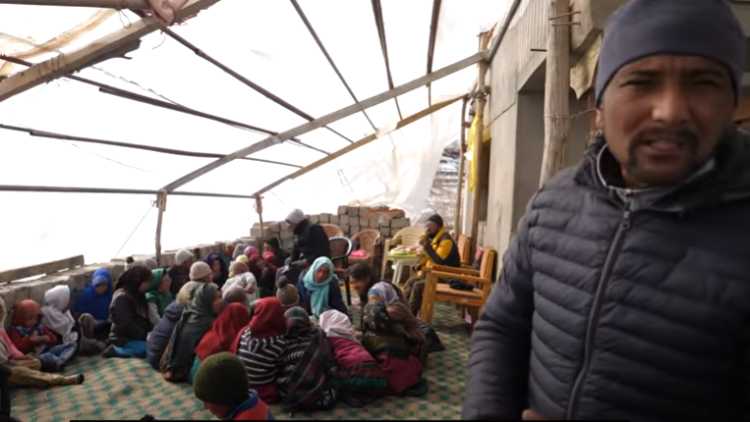 A school in Kairat that utilises Carbon-tax money

Behind this forest in the making in the barren mountains is Magsaysay award winner Sonam Wangchuk’s idea of 'carbon tax.' He has paid a certain amount per plant to the village community as a voluntary carbon tax.

Wangchuk says people should be made to pay towards offsetting the carbon footprints they have left on the earth through their modern-day lifestyles. Since all cannot pay and also because the rich tend to leave more footprints than others, the 'Carbon tax' could should be a voluntary act.

He tells people of Kairat that on average an Indian leave one tonne of carbon in the atmosphere each year, while a tree can soak 250 kg of the carbon in a lifetime.

On his recent visit to Kairat to meet his “young volunteers and young plants”  he thanked the villagers for "enabling him to make penance for having polluted the environment by planting trees." 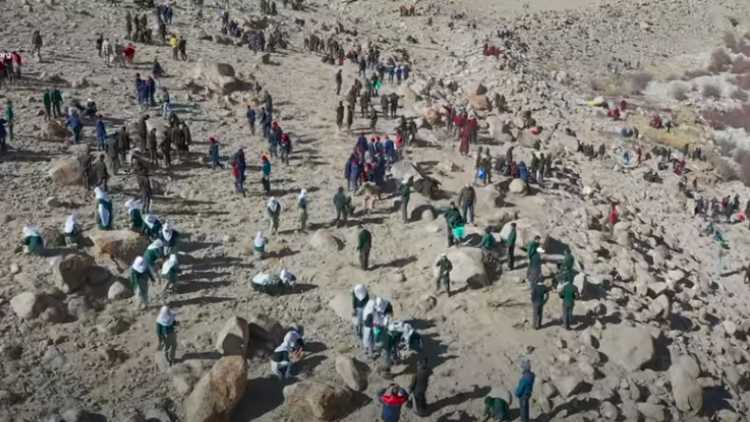 Plantation drive in Ladakh in progress

“When I used to travel in aeroplanes for work (before the lockdown) I left behind a lot of back spot (‘kala dhabha) in the environment and polluted the air. The trees that you planted for me will consume some of these spots,” he said in his thanksgiving speech.

Wangchuk’s is a man of ideas who has managed to implement some of his ideas to reverse or slow down global warming due to environmental degradation. He has chosen his homeland Ladakh to work his ideas on because the cold desert region is one of the most environmentally fragile ecosystems that will be drastically impacted due to the rising temperatures on earth.

Wangchuk’s aim is to make Ladakh carbon neutral and showcase the land as belonging to people who value their culture and traditions that gives them a sustainable way of life.

The villagers have set up a Youth committee to ensure the plantation and the use of money that Wangchuk has paid for it towards the education of the young members of the community. 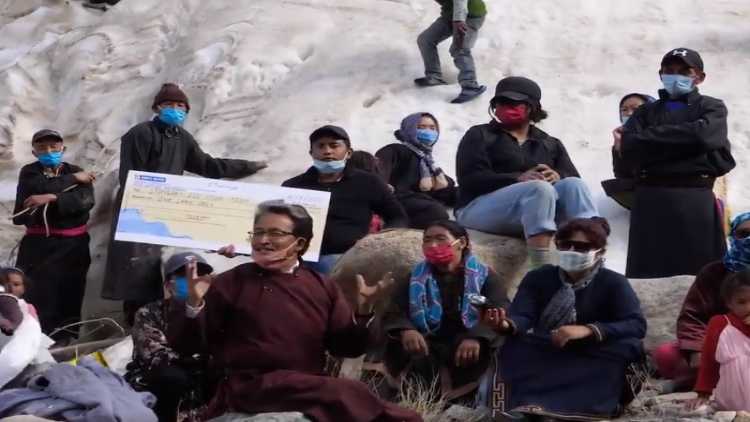 Wangchuk has set a target of planting 25,000 trees across Ladakh through the voluntary “carbon tax.” This offers an opportunity for people living anywhere in the world who are feeling guilty of having left heavy footprints on the earth and damaged its environment to pay towards raising of forest in Ladakh’s most vulnerable areas.

For the Bollywood buffs Sonam Wangchuk’s life has inspired the hugely successful movie Three idiots. Amir Khan as Wangdus had played the role of Wangchuk.

Wangchuk is an engineer by profession who turned innovator and worked in reforming the education system in Ladakh. He set up an alternate school the Students "Education and Cultural Movement of Ladakh (SECMOL).

One of Wangchuk’s idea is to make people pay for their ‘sin of leaving carbon footprints’ and he has chosen Kairat as a flagship experiment. 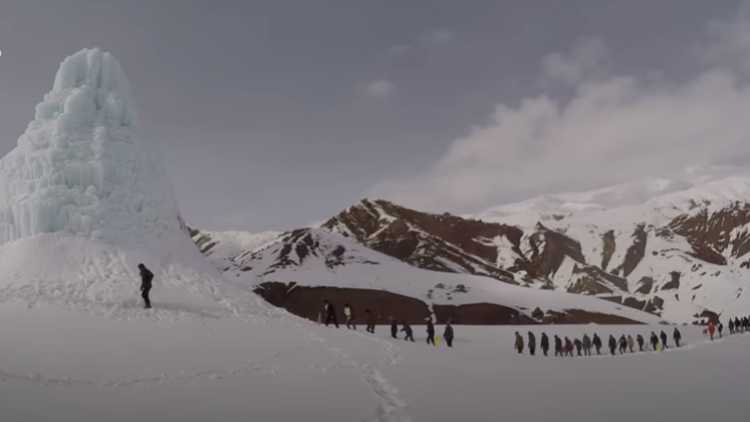 School children going to the Ice-stupa buiilt in kairat village

According to Wangchuck, he keeps aside double the amount he pays for buying a flight ticket as 'carbon tax.' he pumps in that money for ‘offsetting his carbon footprints left by flying by planting trees.”

A Delhi-Mumbai flight, he says, leaves behind a tone of carbon dioxide and other greenhouse gases that eventually trap the heat in earth’s atmosphere and cause global warming, a threat that started melting glaciers and raising the temperatures on the earth.

In the lockdown, he also participated in many village-level Ice stupa competitions aimed at conserving water in the form of an exotic ice pyramid in winter and that releases water slowly in the streams in the summer.

Wangchuk has been advocating change in the education system and makeit more relevant for the children to pick knowledge from their environment and not only from books.