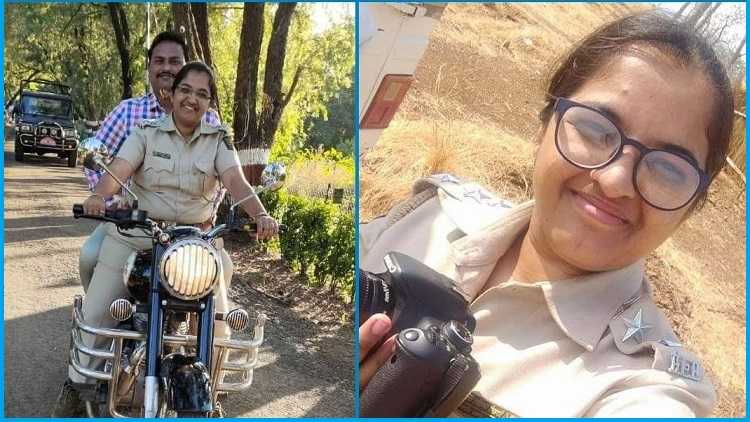 In a shocking incident, a 28-year-old female Range Forest Officer posted in the Melghat Tiger Reserve (MRT) in Amravati, committed suicide after alleging sexual harassment and torture at the hands of an Indian Forest Service (IFS) officer, in a purported suicide note, officials said here on Friday.

The young woman RFO, (Mrs.) Dipali Chavan-Mohite, 28, shot herself at her official quarters in the Harisal village near the tiger reserve with her service revolver and succumbed on the spot, late on Thursday. Her blood-splattered body with the gun was recovered later by relatives and colleagues.

A no-nonsense and tough officer, famous as 'Lady Singham' for her dare-devilry against the forest mafias, Dipali's husband Rajesh Mohite is working as a Treasury Officer in Chikhaldhara, while her mother had gone to her native Satara when she resorted to the extreme step.

Earlier Friday, Dipali's family refused to take her body for the last rites till the Amravati Police nabbed the accused named in her suicide note, sending shockwaves in the forestry circles across the state.

Acting swiftly, the Amravati police went after the Deputy Conservator of Forests (DCF) Vinod Shivkumar, who figured in Dipali's 4-page suicide note, with an earnest plea that strict action should be taken against him so that nobody else should suffer her ordeal.

An IFS officer, Shivkumar, was detained at the Nagpur railway station when he was waiting to board a train to Bengaluru and was being brought to Amravati for further formalities.

Among other things, she has mentioned how Shivkumar, abused his position, harassed her sexually and inflicted mental trauma on her continuously for the past few months.

On several occasions in the past, Dipali had complained about Shivkumar to his senior, MTR Field Director, M.S. Reddy (IFS), who reportedly ignored her pleas and ostensibly sided with the accused DCF.

Dipali had highlighted Shivkumar's alcoholism, using abusive or foul language at her in public and private, making advances and dropping hints to get physical.

However, as she repeatedly rebuffed him, she earned his wrath in the form of difficult assignments, punishing work schedules, abuses, and once even holding back her salary for a month.

Married in 2020 and pregnant, in early-February, Shivkumar had compelled Dipali to accompany him on a gruelling 3-day forest patrol, walking or driving hundreds of kms ignoring her maternal condition, a colleague close to her said on the condition of anonymity.

Consequently, upon return from the forest ordeal, she suffered a miscarriage and was in deep depression and recovered with the loving care of her single-mother Shakuntala Chavan, who rushed to Amravati from Satara, he added.

Living up to her honest and upright image, around five years ago, in her official vehicle, Dipali displayed huge courage by chasing a gang of forest smugglers which was escaping by a train to Madhya Pradesh.

At the next station she intercepted the gang trying to smuggle out over five tonnes of a valuable jungle produce 'lac', arrested them, seized the consignment, and brought them back to Maharashtra.

Dreaded by local mafias out to steal forest produce or poach big and small animals, Dipali was known to run after them, often alone in remote areas when they would disappear in the thick forests, said another friend Rohan Bhate.

Joining the Maharashtra government service in 2013, she had taken up cudgels against illegal encroachments in the forests for which she faced the ire of local politicians or mafia who instigated such activities for their vested interests or pecuniary gains, said Bhate.

When questioned about the tragedy, Deputy Chief Minister Ajit Pawar said that a thorough probe will be conducted into the incident covering all angles and no guilty would be spared.