Prime Minister Narendra Modi’s mother Hiraba Modi turns 100 years old. While her disciplined lifestyle inspires her family and all those who come to know more about her, the Modis are keeping the celebrations on the Matriarch’s birthday simple – a visit to the Jagannath temple near her house in Gandhinagar where Saints will be served food is the highlight of the day.

Family sources said that on her 100th Birthday, Hiraba is looking forward to being with her family, especially her most famous son’ Prime Minister Narendra Modi who visited her early in the morning.

News agency ANI released this video of Modi greeting his mother on her birthday on Twitter:

#WATCH | Gujarat: Prime Minister Narendra Modi met his mother Heeraben Modi at her residence in Gandhinagar on her birthday today.

Heeraben Modi is entering the 100th year of her life today. pic.twitter.com/7xoIsKImNN

According to her family members, Hiraba’s health parameters – including her blood sugar and blood pressure –are normal. She has always led an active and disciplined life. She is an early riser. Her time management and ability to juggle multiple tasks with clock-work precision have motivated her family to follow her.

I had a chance to personally interact with her on two occasions. 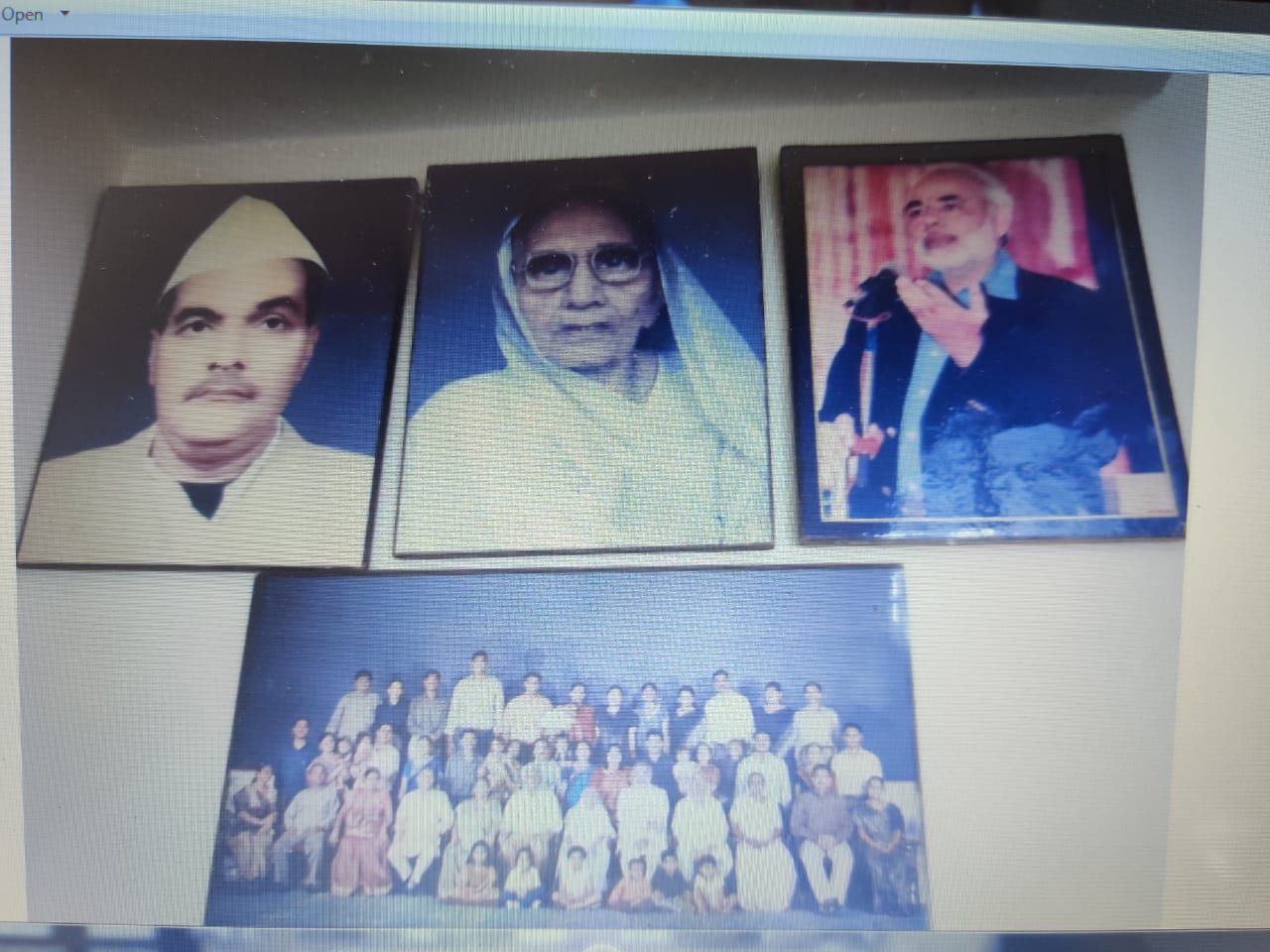 The first time I met her was in May 2014. It was at her son Pankaj Modi’s two-bedroom government house in Gandhinagar.

Clad in a white sari, she looked frail but fit. Her 12ft by 10 ft room in the two-bedroom government flat of her son Pankaj Modi, did not have an air conditioner. It has a water air cooler to help her beat the heat; the curtains and furniture in the room were ordinary. I was struck by the simplicity of the family.

She was taking a nap and I didn’t intend to disturb her.  So, I tip-toed to her room, but to my surprise, I discovered that she was very alert. Sensing the presence of an outsider, she reached out to her spectacles lying next to her pillow and greeted me with a warm “Namaste.”

Narendra Modi was to take oath as India's Prime Minister in a week. When I congratulated her on her son's achievement, she struggled for a response, smiled, and said in Hindi, “Whatever God will do, will be for everybody’s good.”

In March, I happened to be in Varanasi, U.P. It was a chance meeting with Varanasi sculptor Munna Bhaiya in Assi Ghat, who had sculpted amazing Shivling and Nandi (the bull vehicle of Lord Shiva) on coin-sized stone and was keen to present it to the Prime Minister.

Moved by the sculptor’s sentiments, I felt tempted to connect him with the Prime Minister’s family. I made a video call to Pankaj Modi and requested that I would like exchange greetings with his mother. Pankaj obliged and Hiraba made a brief appearance. She looked cheerful as she blessed not only me but at least a dozen members of the sculptor’s family who lined up to say ‘Namaste’ to her.

Hiraba's healthy lifestyle is an inspiration. Her family recalls how many years ago she would wake up at 3 a.m. to grind grain on a stone grinder for others for which she would earn some money. Her story of struggles is legendary and she is a role model for mothers. She washed dishes, filled water in containers, and even mopped floors.

Six years ago, Prime Minister Modi got emotional during his interaction with staff at the Facebook office in the USA.  Modi recalled with candour how his mother did odd jobs to help the family sail through financial hardships.

Recalling his mother’s sacrifice, his voice got choked as he said, “My parents have played a very big role in my life. I sold tea at a railway station. My father is no more. My mother is not literate but keeps herself well posted about daily occurrences through television news. When we were small, she would go to houses in the neighbourhood to wash dishes, fill water, and related work. You can imagine the difficulties a mother would have encountered to raise her children. This is not just true in Narendra Modi’s case. In India, there are lakhs of such mothers who have sacrificed their entire lives to fulfill the dreams of their children.’’

Despite working outside her house, she would find time to look after her husband, Damodardas Mulchand Modi, a grocer, and all her six children.

Hiraba is the eldest among ten siblings - seven sisters and three brothers, She was born in a family of modest means in village Danta and after her marriage moved to Vad Nagar.

Asked about the special celebration for their mother on her 100th birthday, Pankaj Modi told Awaz-the Voice on the telephone that he will be joining his mother at the temple where some of her siblings are also expected to join her.  “We are not doing anything special except a 'Darshan' of God,'' he said.