Muslim Brotherhood's entry into Kashmir to fester the region 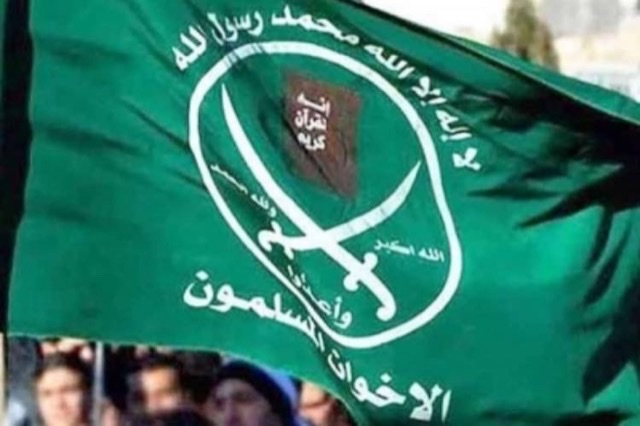 A case is filed in the UK against Indian Army Chief General M.M. Naravane for war crimes in Kashmir. A Tribunal is held on 'Kashmir' in Bosnia. An 'expert' claims genocide coming in Kashmir -- all these events in a month show the spreading tentacles of Muslim Brotherhood in the Valley, Disinfolab said in a new report.

On face it may look merely about money, but the narrative building has larger geostrategic implications. Muslim Brotherhood's entry into Kashmir means it will keep festering the region. It is not a coincidence that Qatar, Turkey and Pakistan are actively behind this. This is a war and it has begun, the report said.

"Having tested waters, and putting key players in place, we should expect a call for BDS against India seeping in with the narrative of genocide. The 'emerging' conflict industry in Kashmir could play out in cultural, academic and economic boycott," it added. As expected, the Pak troll army is ever ready to hype the narrative of genocide and BDS. Hundreds of fake handles are created virtually before each campaign to push fake narratives.

A boycott campaign was launched in September last year by the Muslim Brotherhood (MB) nexus against India as well as targeting Saudi Arabia and the UAE apart from France. The campaign was supported by the troll factories of Turkey and Pakistan. It was the first open campaign by MB through the new emerging nexus of Qatar-Turkey-Pakistan, dubbed as QTPi. While it had all the characteristics of propaganda, including the liberal use of fake pictures and videos, it was not an ordinary propaganda.

It appears as a strength test for Muslim Brotherhood, as it put several of the news media from its arsenal to use, including the jewel Al Jazeera, risking their credibility, the report said. The sheer resource that MB-led QTPi deployed in this fake news-driven propaganda made it abundantly clear that not only Brotherhood has arrived in India, but it also intends to stay. The intent was soon clear when a hush-hush Tribunal was organised in Sarajevo (Bosnia & Herzegovina) in December 2021 on the Kashmir issue.

This was a good enough indicator that the Brotherhood has decided to put their attention to this part, the report said. Disinfolab said contrary to the usual noise created around such events, the Tribunal was kept rather low-key. They were again testing reactions to an attempt by MB on appropriating Kashmir, less from India and more from the Jamaat stakeholders. Replacing the traditional crowd, all major players at the Tribunal was connected with Muslim Brotherhood.

The next step -- yet another report on Kashmir within a month by a UK-based legal-cum-investigative-cum activist firm -- which came as no surprise. These events are part of a larger design, a build-up to create a conflict space in the conflict industry. Muslim Brotherhood had successfully run a conflict industry in Palestine for more than a decade.

The Disinfolab report seeks to unmask the various fronts of the Muslim Brotherhood which have already been deployed into this new theatre. The report also makes an effort to not only expose the MB networks and various individuals, but also provide a blueprint of the playbook that is going to be deployed. Given the quantum of resources invested into this new startup, it is going to be a protracted battle, the report said.