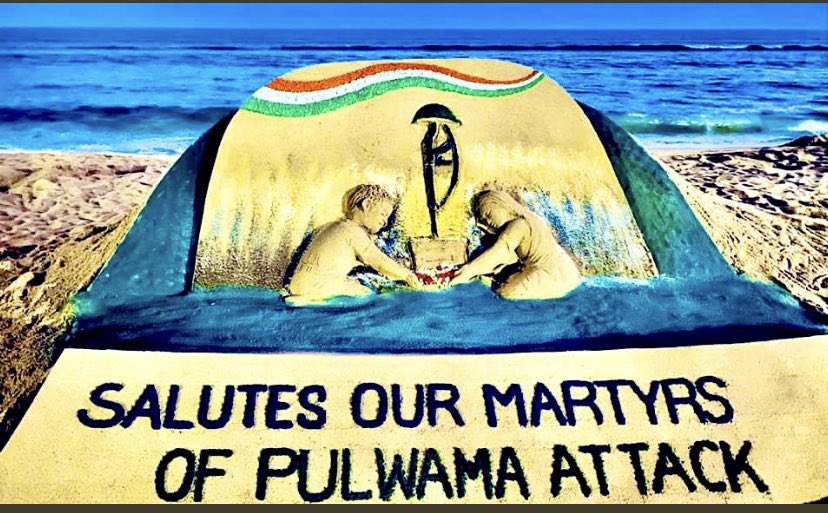 February 14, 2021 marks two years of the Pulwama terror attack in which 40  Indian soldiers were killed after a suicide bomber rammed an explosive-laden vehicle into the convoy carrying them. Pakistan-based terrorist group Jaish-e-Mohammed (JeM) had claimed responsibility for it.

The attack took place in South Kashmir's Pulwama on the Jammu-Srinagar national highway in the afternoon. A 22-year-old suicide bomber Adil Ahmad Dar rammed an explosive-laden vehicle into the bus. The convoy had 78 buses in which around 2,500 personnel were travelling from Jammu to Srinagar.

The attacked changed the equations between India and Pakistan once again. Within days India carried out an airstrike at the Jaish terror training camp at Balakote in Pakistan.

India also withdrew the Most Favoured Nation (MFN) status to Pakistan soon after it The international community had expressed its strong support to India in the wake of the terror attack.

The memorial having names of all 40 jawans killed in the attack was inaugurated on February 14, 2020 at CRPF's Training Centre at Lethpora camp in Pulwama. The memorial is inscribed with the names of all the 40 troopers along with their photographs and the motto of the CRPF -- "Seva and Nishtha" (Service and Loyalty).

Remembering sacrifice of the bravehearts, netizens took to social media to pay homage to the CRPF personnel who laid their lives for the nation.

Another Twitter user said that bravehearts were attacked from behind.

Central Reserve Police Force (CRPF) ASI Mohan Lal who lost his life during the Pulwama attack in 2019, was awarded the President Police Medal for Gallantry (PPMG) posthumously on the eve of Republic Day 2021.