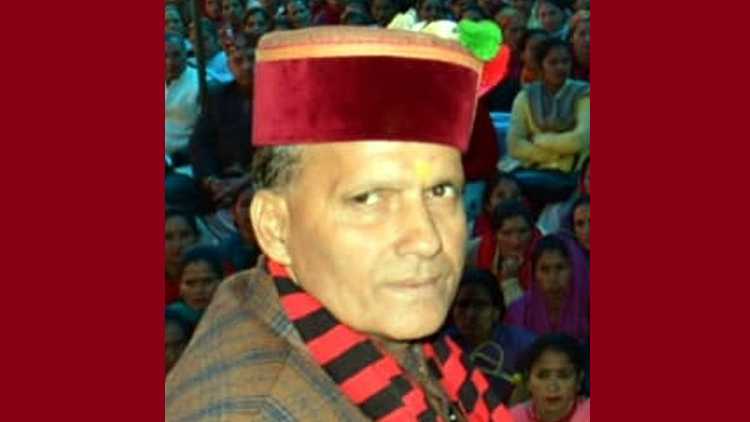 Prime Minister Narendra Modi on Wednesday condoled the demise of Lok Sabha MP from Mandi, Ram Swaroop Sharma and said the BJP leader had worked tirelessly for the betterment of society.

"Shri Ram Swaroop Sharma was a dedicated leader, who was always committed to solving people's problems. He worked tirelessly for the betterment of society. Pained by his untimely and unfortunate demise. My thoughts are with his family and supporters in this sad hour. Om Shanti," PM Modi tweeted. Union Home Minister Amit Shah also expressed his condolence over the demise of the BJP MP.

"I am deeply distressed by the sudden demise of Shri Ram Swaroop Sharma, BJP MP from Mandi in Himachal Pradesh. In this hour of grief, I express my condolences to his family and pray to God for the peace of the departed soul. Om shanti shanti shanti," Shah tweeted in Hindi.

The Bharatiya Janata Party (BJP) MP died allegedly by suicide in the national capital, after which BJP cancelled its Parliamentary Party meeting which was going to be held today.

BJP national president JP Nadda also expressed his condolence and wrote, "The mind is deeply distressed by the news of the sudden demise of Shri Ram Swaroop Sharma, BJP MP from Mandi in Himachal Pradesh. I express my deepest condolences to the bereaved family and pray to God to place the departed soul at God's feet. Om Shanti."

The police recovered his body from his residence at Gomti Apartments and have started an investigation into the case.

Born at Jalpehar village in the Mandi district on June 10, 1958, Sharma was a two-time MP. He was elected to the 16th and 17th Lok Sabha from Mandi parliamentary constituency in 2014 and 2019 respectively. Sharma was currently a Member of the Standing Committee on External Affairs and the Consultative Committee, Ministry of External Affairs.

Himachal Pradesh Chief Minister Jairam Thakur said he couldn’t believe the news as he had a conversation with Sharma only a few days ago. "He was a two-time MP from Mandi and in the last Lok Sabha elections, he had won by a huge margin of four lakh votes. His simplicity, friendliness was an example for many," said Thakur.

"He was physically weak from the past few days," he added. Markets open in green, Sensex up by 792 points