He added that the organisation of Muslim scholars disagreed with the nationwide protests in wake of her remarks.

Qasmi said, "Islam says Nupur Sharma should be forgiven. We disagree with the protest that started across the country after Friday prayers against Nupur Sharma and her derogatory remarks."

Apart from this, Jamaat Ulama-e-Hind also welcomed the decision of the Bharatiya Janata Party (BJP) to suspend Sharma. "We are welcoming the decision of the law because India is the law of the land and we are not going to take the law into our hands. The law does not allow to come on the road and break the rule," Qasmi said at the press conference.

Jamaat Ulama-e-Hind has decided to issue a 'fatwa' through which it will urge people not to support any kind of violence in connection with Nupur Sharma and her remarks. "The fatwa will come against Asaduddin Owaisi and Mohammad Madani," the Jamaat said. 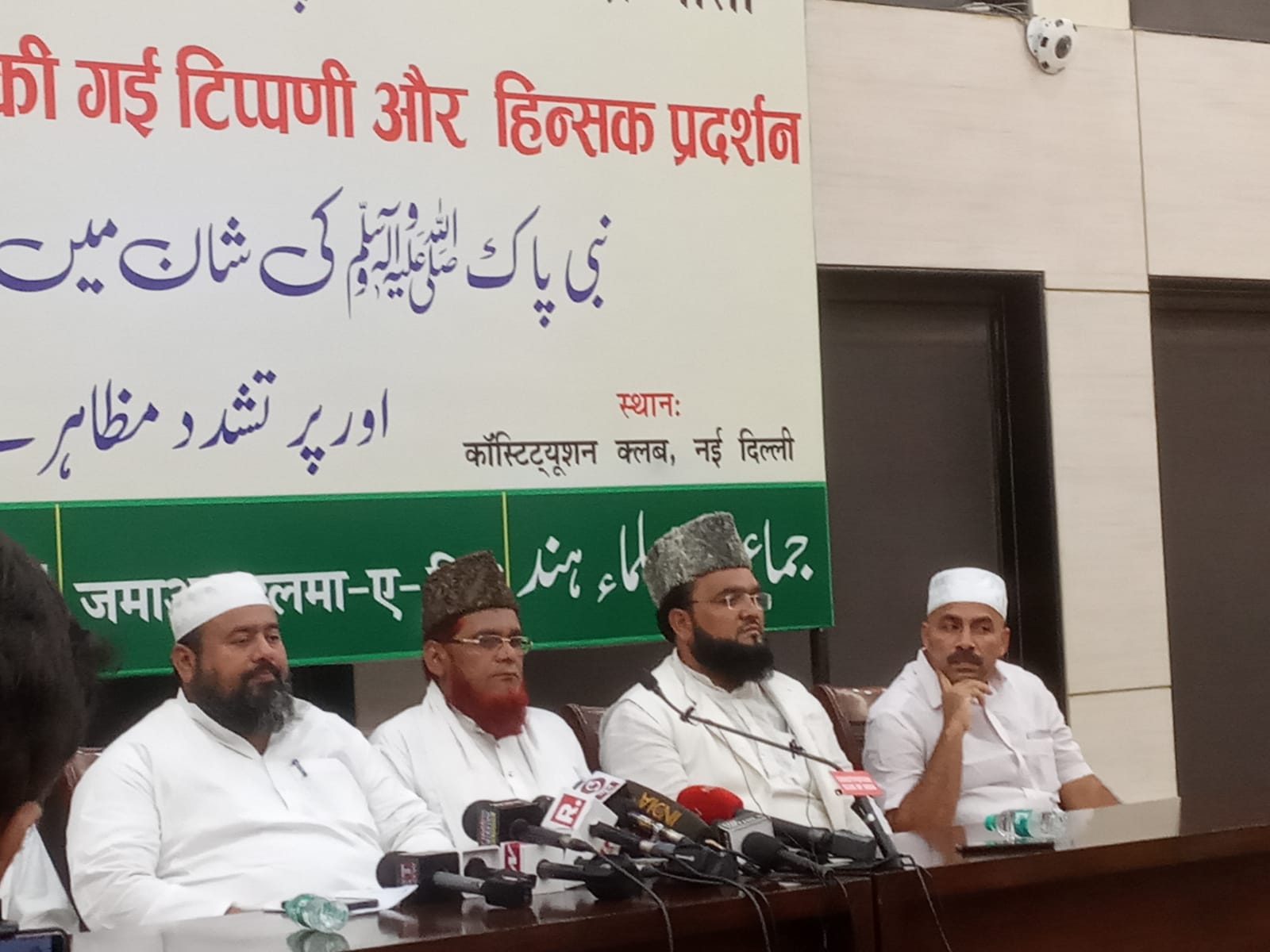 Protests erupted in various parts of the country over the controversial remarks by suspended BJP spokesperson Nupur Sharma and expelled leader Naveen Jindal. The protest turned violent in Uttar Pradesh, West Bengal and Jharkhand. In Ranchi, two people died during the violent protest.

Notably, some Gulf nations also expressed outrage against the controversial remarks against the Prophet.

Meanwhile, the Ministry of Home Affairs (MHA) on Friday asked the police heads of states and Union Territories to be prepared and alert as they will be on target.

On Friday, MHA issued a statement to all state and Union Territory police after several incidents of violence were reported from different parts of the country over the controversial remarks of suspended BJP leader Nupur Sharma and expelled leader Naveen Jindal against Prophet Muhammad.

A senior MHA official informed that they sent alerts to all state and Union Territory police to remain vigilant as they can be targeted during the violence.