Residents of Udaipur swear by their abiding faith in communal unity and are determined to ensure that the recent beheading of tailor Kanhaiya Lal Teli by two local Muslim's "in the name of Islam," does not divide them.

Vilas Janve, a senior citizen who has lived in Udaipur for more than 50 years, says that he is all for inter-faith unity and harmony. He says that people should draw inspiration from the King of Mewar, Maharana Pratap who had a Muslim General, Hakim Khan Sur. An ethnic Pashtun, Hakim Khan Sur led Maharana Pratap’s` army against the Mughal Army in the Haldi Ghati battle on June 18, 1576 and laid down his life.

“History of the region dating back to the 16th century, is a reminder of the trust this heroic ruler reposed in his General who was a descendant of Sher Shah Suri. He trusted him with his life and set an example in communal unity for generations to follow. In Maharana Pratap memorial in Udaipur, there is a statue of Hakim Khan Soor,’’ says Janve who retired as Programme Officer from the West Zone Cultural Centre (WZCC).

A mime artist, Janve says that playwrights should consider staging plays on the theme of maintaining communal unity and preventing inter-faith hostilities. “ Rational thinking and open-mindedness is crucial for peaceful co existence otherwise the country will disintegrate. I have had many Muslim students in theatre like Mubin, Ghulam Noor Khan Pathan and his son, Ashfaq Noor Khan Pathan. They learnt mime acting from me. Asfaq also played the role of Swami Vivekananda in a play I directed. You can gauge his commitment to theatre from the fact that he was happy to play a clean- shaven man. Actually, people in theatre are way above religion.’’

Laique Hussain, Director of Bhartiya Lok Kala Mandal, says that he does not see the tailor’s barbaric murder from the prism of Hindu -Muslim. “ It is my strong belief that there is no religion greater than humanity,’’ said Mr Hussain who also worked in WZCC. 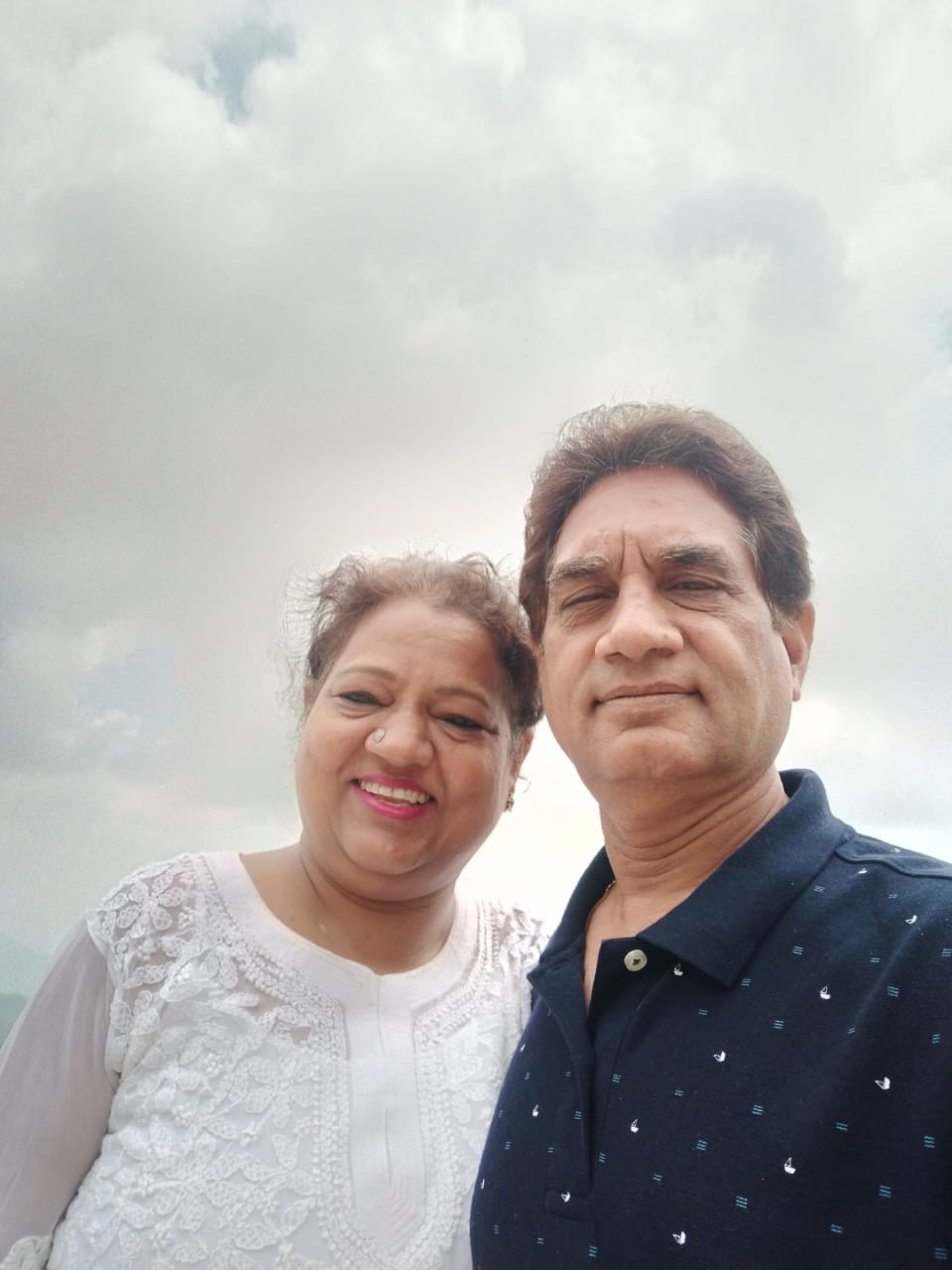 Laique Hussain with his wife Anukampa

An alumnus of the prestigious National School of Drama, Laique has been living in Udaipur for 35 year."I am the only Muslim living in a colony of 30 houses. This means that I have more than 140 neighbours who are non Muslim but I don’t feel that I am in a minority. I moved there with my family 15 years. My Hindu brothers and sisters have always respected  me and have never made me feel uncomfortable. I offer Namaz five times a day and observe Roza. We have a steady stream of visitors, mostly neighbours, on Id following Ramzan and my Hindu wife, Anukampa makes amazing ‘kheer’ for everybody. We call on all neighbours on Holi and Diwali. We are secular in our outlook and you will find in my house the Holy Qur’an, the Ramayana and the Bhagwad Gita. I have studied all the religious books and concluded the message is the same. ‘’

Janve is proud of his Muslim daughter-in-law, Afrah Shafiq who is a well known visual designer. He says that it is very unfortunate that Kanhaiyalal was murdered. “ He was known to be a good tailor and his stitching rates were pocket friendly. People hailed him as a budget tailor. Thousands of people came for his cremation. There is an outpouring of sympathy for him but his family is suffering. There is an atmosphere of terror in Udaipur. People who eke out a living from daily wages are the worst hit. They cannot go out anywhere to look for work. Normal life is paralysed. It is difficult to find essential commodities.  The internet services, initially suspended for 24 hours after the beheading incident, are still not working in a smooth manner.’’

Mubin, a 30 year old educator working in Chittorgarh says that what happened in Udaipur is very wrong and sad. Mubin who was born and raised in Udaipur, says, “ There are forces trying to create a communal divide. This is the time we should come together to build a peaceful community. We may have different identities and diverse interests but we should encourage pluralism.’’

Terror has gripped Udaipur and people are afraid to talk frankly but they are hopeful that the city of lakes will  bounce back to normalcy.

Of course,  they want justice for Kanhaiya Lal Patil.