UP Assembly polls: 42 pc voting in 5th phase till 3 pm 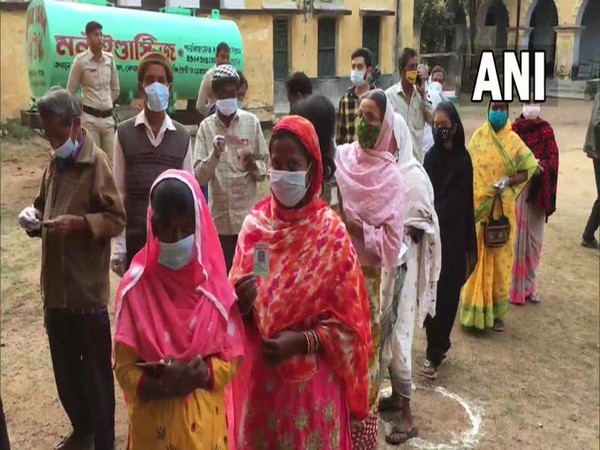 Uttar Pradesh recorded a voter turnout of 46.28 per cent at 3 pm on Sunday in the fifth phase of the ongoing Assembly elections.

According to the Election Commission of India, Chitrakoot witnessed the highest voter turnout of 51.67 per cent followed by Ayodhya (50.60 per cent) and Shrawasti (49.38 per cent) till 3 pm. Prayagraj recorded the lowest percentage of voter turnout of 42.86 per cent.

Polling for the fifth phase of Uttar Pradesh Assembly elections began in 61 constituencies at 7 am on Sunday morning and will go on till 6 pm.

The counting of votes will take place on March 10. (