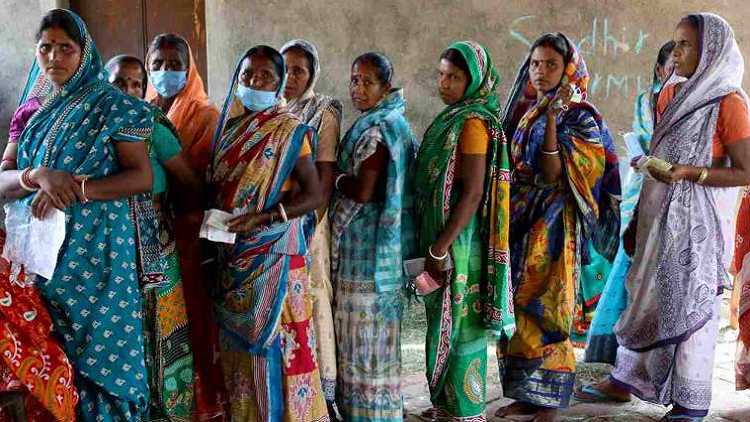 From hills to plains, West Bengal plugs in for the next bout of 'Khela' of power as the fifth phase of state Assembly polls begins today.

The fifth round of voting in the eight-phase West Bengal elections will be held on Saturday in which over one crore voters will decide the fate of 342 candidates across 45 constituencies. In Phase-V, there is a clear division among political dynamics. Among the 45 constituencies, 13 are from North Bengal, which is believed to be a stronghold of BJP.

On the contrary, the ruling TMC finds it a relatively comfortable position in the south Bengal seats. Despite its losing footholds, the Left Front can also create some surprise in some of the seats in South Bengal.

Talking about core issues, the Gorkhaland movement, atrocities against tea garden workers and lack of development work are the predominant subjects in North Bengal this election.

South Bengal has experienced relatively a bit of development as compared to its northern counterpart but the lack of employment opportunities haunt the ruling government.

The BJP is targeting the incumbent TMC over 'tolabaazi' (extortion), 'cut money' and syndicate raj. Plus, an air of anti-incumbency can also be felt against the ruling state government. However, the Mamata Banerjee-led TMC is banking upon its welfare schemes like "Duare Sarkar', 'Swastho Sathi' and 'Kanyashree'.

A total of 319 candidates, including 39 women are in the fray in Phase-V.

Senior TMC leader and minister in the state government Bratya Basu is contesting from Dum Dum. CPI(M) has fielded Palash Das and BJP has fielded Bimal Shankar Nanda from the constituency.

In Bidhannagar, there is a contest between TMC's Sujit Bose and BJP's Sabyasachi Dutta.

In Dabgram-Phulbari constituency there is a contest between TMC candidate Goutam Deb, BJP's Sikha Chatterjee and CPI(M)'s Dilip Singh. Deb is serving as the state tourism minister.

In the Memari constituency in Purba Bardhaman district, TMC's Madhusudan Bhattacharya is the strong contender against BJP's Bhismadeb Bhattacharya and CPI(M)'s Sanat Banerjee. On the other hand, in Jamalpur constituency, sitting Marxist Forward Bloc MLA Samar Hazra has an edge over TMC's Alok Kumar Majhi and BJP's Balaram Bapari.

In the Siliguri constituency, CPI(M)'s Ashok Bhattacharya is the key contestant against BJP candidate Shankar Ghosh and TMC's Omprakash Mishra. Bhattacharya, the former Mayor of Siliguri is a prominent communist leader in North Bengal.

In the Darjeeling constituency, Pemba Tshering is the candidate for GJM (Gurung) and Keshav Raj Sharma for GJM (Tamang). BJP has fielded Neeraj Zimba Tamang from the seat. Gautam Raj Rai is the CPI(M) candidate from Darjeeling.

In Darjeeling, Kurseong and Kalimpong constituencies, TMC has not fielded its candidate as GJM is backing the TMC. The GJM had won these seats in the last two Assembly elections.

In the Siliguri constituency, CPI(M)'s Ashok Bhattacharya is the key contestant against BJP candidate Shankar Ghosh and TMC's Omprakash Mishra. Bhattacharya, the former Mayor of Siliguri is a prominent communist leader in North Bengal.

Further, Naxalbari, the cradle of an over 50-year-old Maoist movement has been witnessing a transition from a Red belt into a saffron fabric.

West Bengal is undergoing an eight-phase Assembly election this time. The first four phases were held on March 27, April 1, April 6 and April 10 respectively. The sixth phase of the state assembly polls is scheduled for April 22. The counting of votes will take place on May 2.