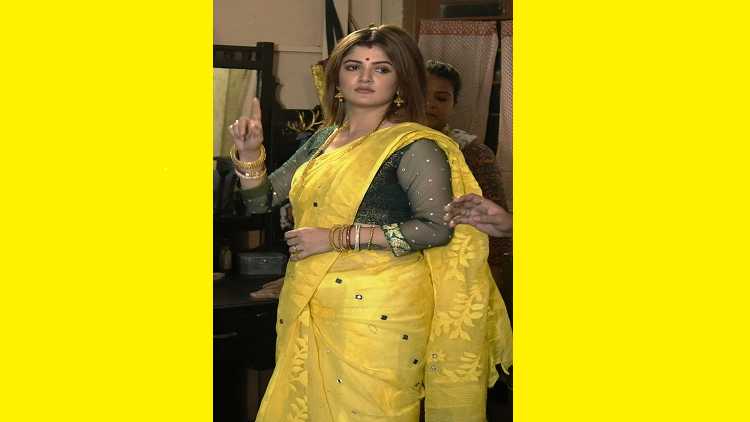 The game is afoot for actor Srabanti Chatterjee, who recently made her political debut in West Bengal politics by joining BJP.

Chatterjee, who was once seen to be close to the ruling Trinamool Congress (TMC) and had campaigned for several state government schemes said she joined BJP as she was inspired by the vision of Prime Minister Narendra Modi and wanted people in the state to give a chance to the party in the forthcoming Assembly polls.

On sharing the same dias with Chief Minister Mamata Banerjee on different occasions, she said: "I have never got any proposal from the TMC. But yes, I respect Didi (Mamata Banerjee). I have been on the same platform with her. I went with her many times during campaigns. When it comes to ideology, I support BJP. This is the party, I can work with. I like the vision of Prime Minister Narendra Modi."

BJP has been aggressively campaigning in the state, which has been governed predominantly by the Left Front and the TMC.

Chatterjee said the Left party had ruled West Bengal for 34 years and the TMC was in power for another 10 years. "There has not been as much development as it should have been in Bengal. There should be one government at the Centre and in the state to have more development.”

"People should give a chance to BJP. Bengal requires a change. Being a Bengali, I feel there has been no development in the last ten years. Now, the people and the BJP will transform Bengal into 'Sonar Bangla'," she said.

For the ensuing polls, the TMC has released the slogan 'khela hobe' (Game on) slogan, which Chatterjee said is quite catchy and the game is on for everybody in the political arena.

"I really like the slogan. See, we all are playing. Be it politics, acting or sports, everyone is playing in their fields. So 'khela hobe'," the actor said.

While Chatterjee has expressed her keenness to contest elections, she said she has left it to the party to decide. "I would like to contest elections. Whatever responsibility is given to me by the party and organisation, I will do that. The people of Bengal have given me a lot of love. Wherever the party gives me a ticket, I will contest from there."

The actor said she was offered a chance to contest the Lok Sabha elections in 2019 by the BJP but she could not make her mind at that time.

On TMC's slogan "Bangla Nijer Meyeke Chaye" (Bengal wants its own daughter), the actor said, "I am also a daughter of Bengal. I believe people will stand by me. They will stand by BJP to bring 'Parivartan' in Bengal."

The actor also commented on the raging 'outsiders' versus 'insiders' debate in the state which Mamata Banerjee has dismissed the BJP as a "party of outsiders" and the latter countering her by alleging that she favours "illegal immigrants" over Indians in Bengal for vote bank politics.

"Our Indian tradition has been of Vasudhaiva Kutumbakam. I think the word 'outsider' is not right. It should not be spoken for anyone, I go to other states and countries for shooting. I still get the same love as I have received from the people of Bengal and the country. I think that we are all one, we are all Indians, everyone is welcome in Bengal," Chatterjee said.

The actor had joined the BJP in Kolkata on March 1 in the presence of West Bengal BJP chief Dilip Ghosh and party's election in-charge in the state, Kailash Vijayvargiya.

Elections for the 294 Assembly seats in West Bengal will begin on March 27. The state is set to witness eight-phase Assembly polls this year.