For the first time in Telugu states, a gay couple has entered into a wedlock. Abhay Dange (34) and Supriyo Chakraborty (31) exchanged rings and vows at a private ceremony held at a resort on the outskirts of Hyderabad on December 18.

The wedding, attended by 60 family members and close friends of the couple, was officiated by Sophia David, a trans woman from Hyderabad. 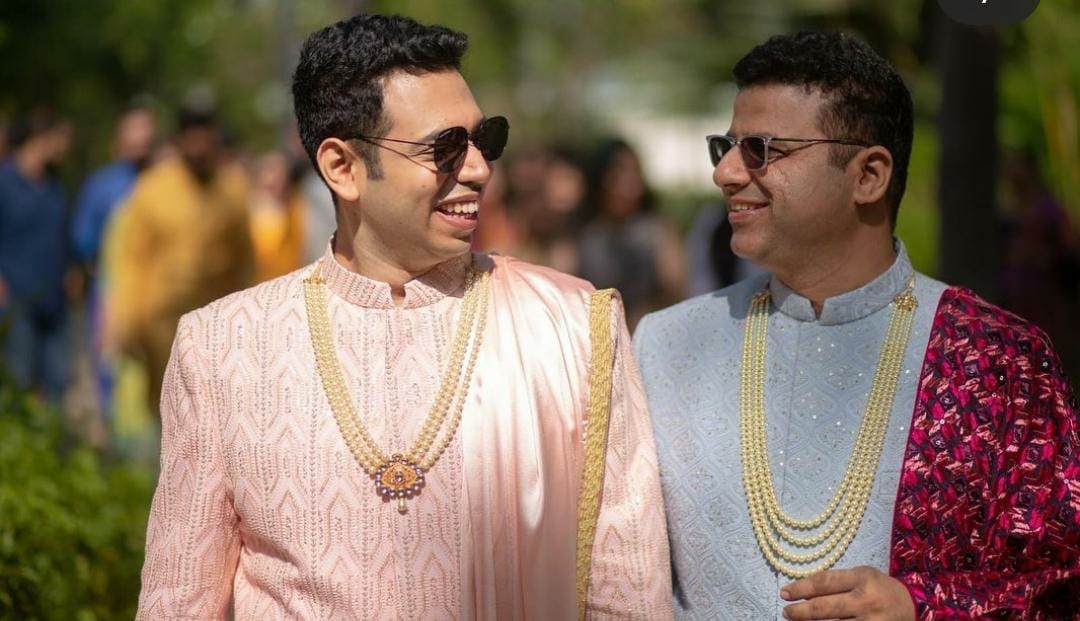 As the same sex marriages are not legally recognised in India, Supriyo and Abhay held a "promising ceremony' to make their eight-year-long relationship official.

Abhay, a Punjabi, is an IT professional who works for an e-commerce firm while Supriyo, a Bengali, is a hospitality professional.

The ceremony was held with the Bengali and Punjabi traditions. 'Haldi', 'mehendi' and 'sangeet' were held as part of the wedding celebrations which were also attended by members of LGBT community in Hyderabad.

The duo, who met through a dating app, announced their wedding in October.

Tollywood actor Samantha Ruth Prabhu had supported the gay marriage and took to Twitter to congratulate the couple.

According to Supriyo, their parents were not initially supportive but later accepted their relationship.

Supriyo and Abhay feel that their wedding will give hope to many closet couples to come out and normalise LGBTQ relationships.

They also hope that the way same gender relationship was decriminialised in India, marriage of queer couples will also be legalised.

They plan to register their marriage once queer couples are legally allowed to marry.