The 400-year-old shrine of Khwaja Bahauddin Naqshband Sahab in Srinagar downtown is being taken up for major makeover under the heritage project. The department of Archives is waiting for a formal nod from the government to its detailed project report for this shrine under a special plan for the conservation of religious shrines, temples Gurudwaras, and mosques in J&K.

This comes as the annual Urs (death anniversary), of Sufi Hazrat Hazrat Baha-ud-Din Naqshbandi who was born 700 years ago in Bukhara, Uzbekistan concluded in Srinagar. 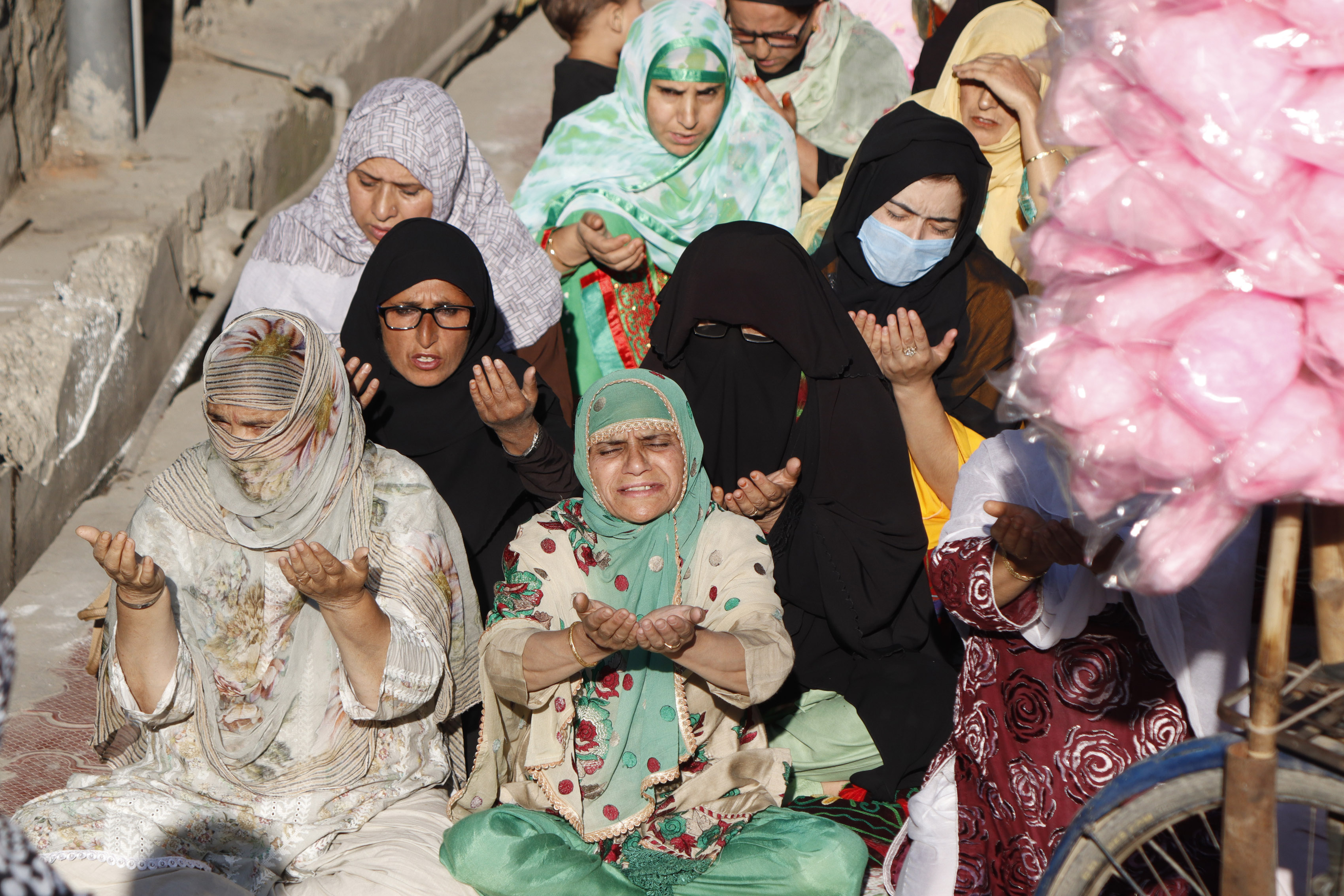 Muslim women praying at the shrine in Srinagar

The tradition goes back to Bukhara where Hazrat Bah-ud-Din used to hold special sermons on Aser prayers every Thursday, before he passed away on Muharram 3, 791 at Qasr-i-Arifan, near Bukhara, Uzbekistan.

After a gap of three years – mainly due to Covid-19 restrictions – the urs was celebrated with pomp and gaiety. 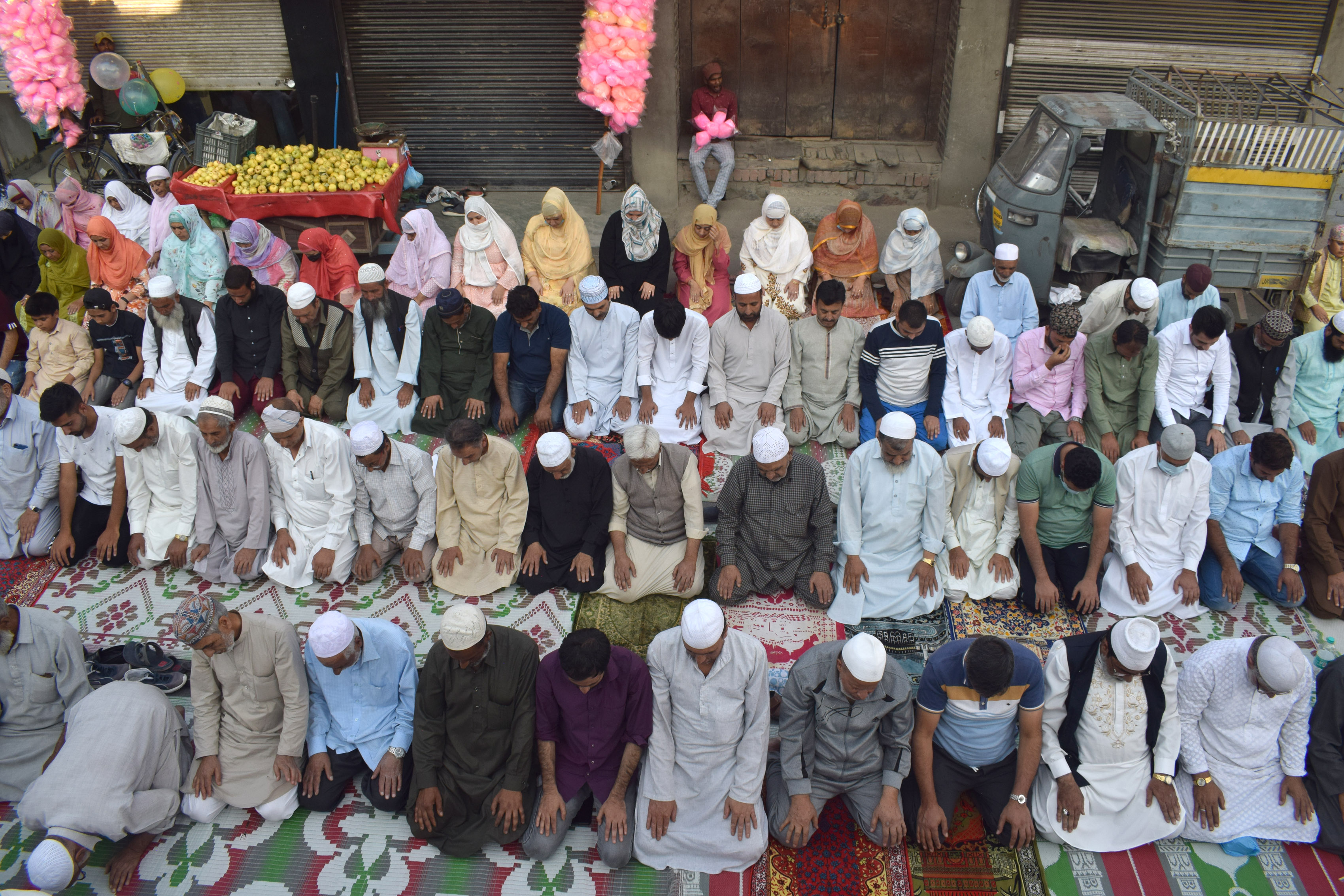 The police had closed a one km road stretch from Khanyar to Nowhatta leading to the shrine for traffic to facilitate the movement of the devotees. “The entire road was covered with prayer mats and was full of devotees…. The shrine premises were also full of devotees to offer (Aser) prayers smoothly”, said Tariq Ahmad, Administrator of the J&K Waqf Board at the shrine.

This urs is celebrated on Rabi-ul- Awwal 3, according to the Islamic calendar. This follows 12 days of the festival beginning on Safar-ul Muzaffar 21, the second month according to the Islamic calendar. The Urs is observed on the occasion of the death anniversary of the Bukhara mystic, Khwaja Baha-ud-Din Naqshbandi, in whose memory the shrine had been built more than 400 years ago.


Though the special prayers, Khatmat-u-Muazzamat, are offered after the Aser prayers every Thursday, significantly on the eve of Fridays, the annual prayers are held on Rabi-ul-Awwal 3 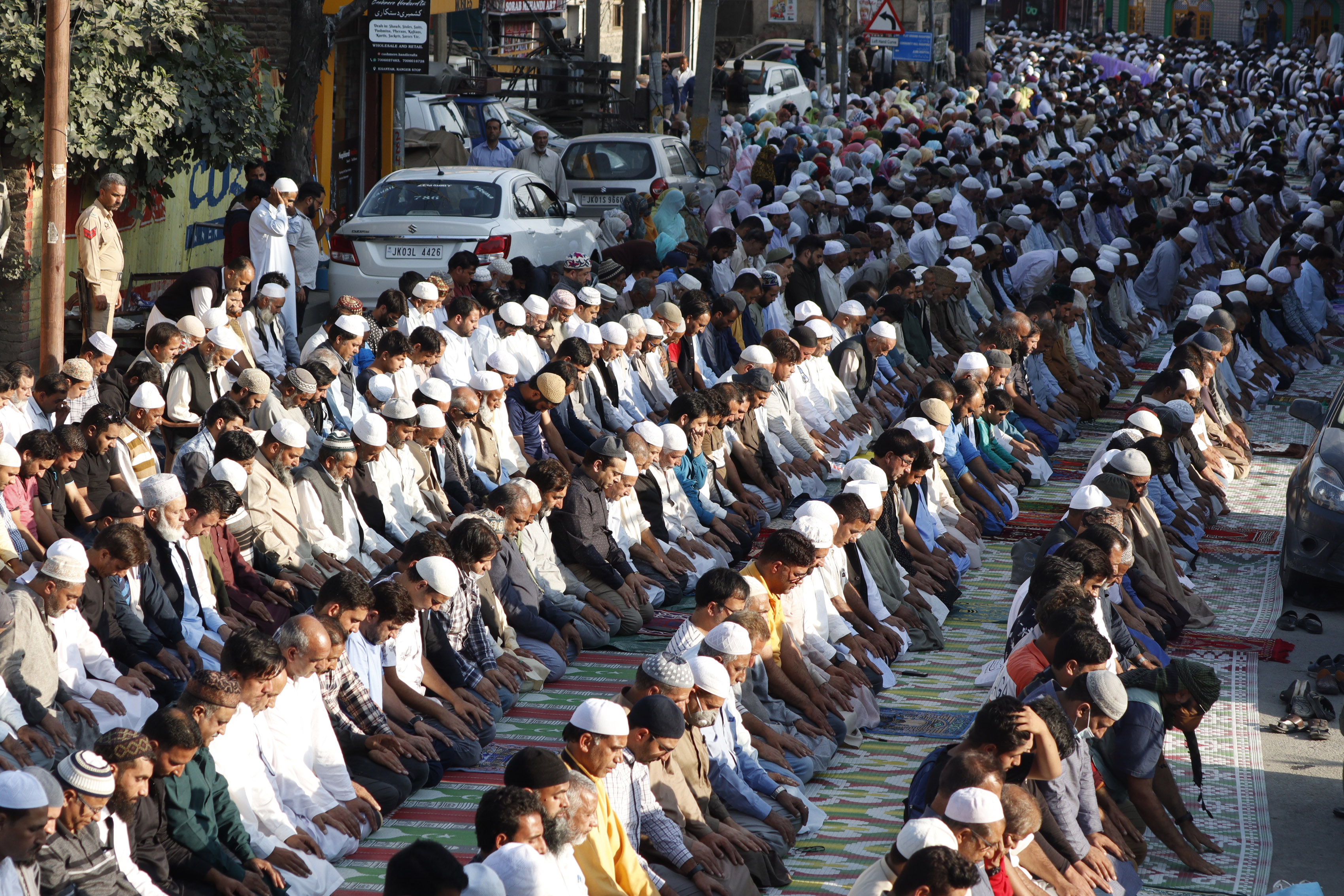 The area around the shrine is known after the mystic, Khwaja Sahib as Khwaja Bazar. The place also holds religious significance as the sacred hair of Prophet Mohammed was kept here before shifting it to Hazratbal, then known as Bagh-e-Sadiq Khan.

The area in which this shrine is built was earlier called Sikander pore because it was built by Sultan (King) Sikander (1389-1413). Khwaja Sahib has been described as “miskeen (faqir) and had given up the world, relationship and adopted a lonely life of abstinence”, by Hazrat Khwaja Ala-ud-Din Attar, his distinguished disciple.

In Kashmir the Naqshbandi order was initially introduced by Sayid Hilal, who arrived in the reign of Sultan Sikandar (1389-1413 AD). Sayid Hilal is said to have been a direct disciple of Khwaja Baha-ud-Din Muhammad Naqshband. He lived a quiet life and died in 862 AH/1457 AD at the village of Asham, Safapore in North Kashmir, where he had settled down. 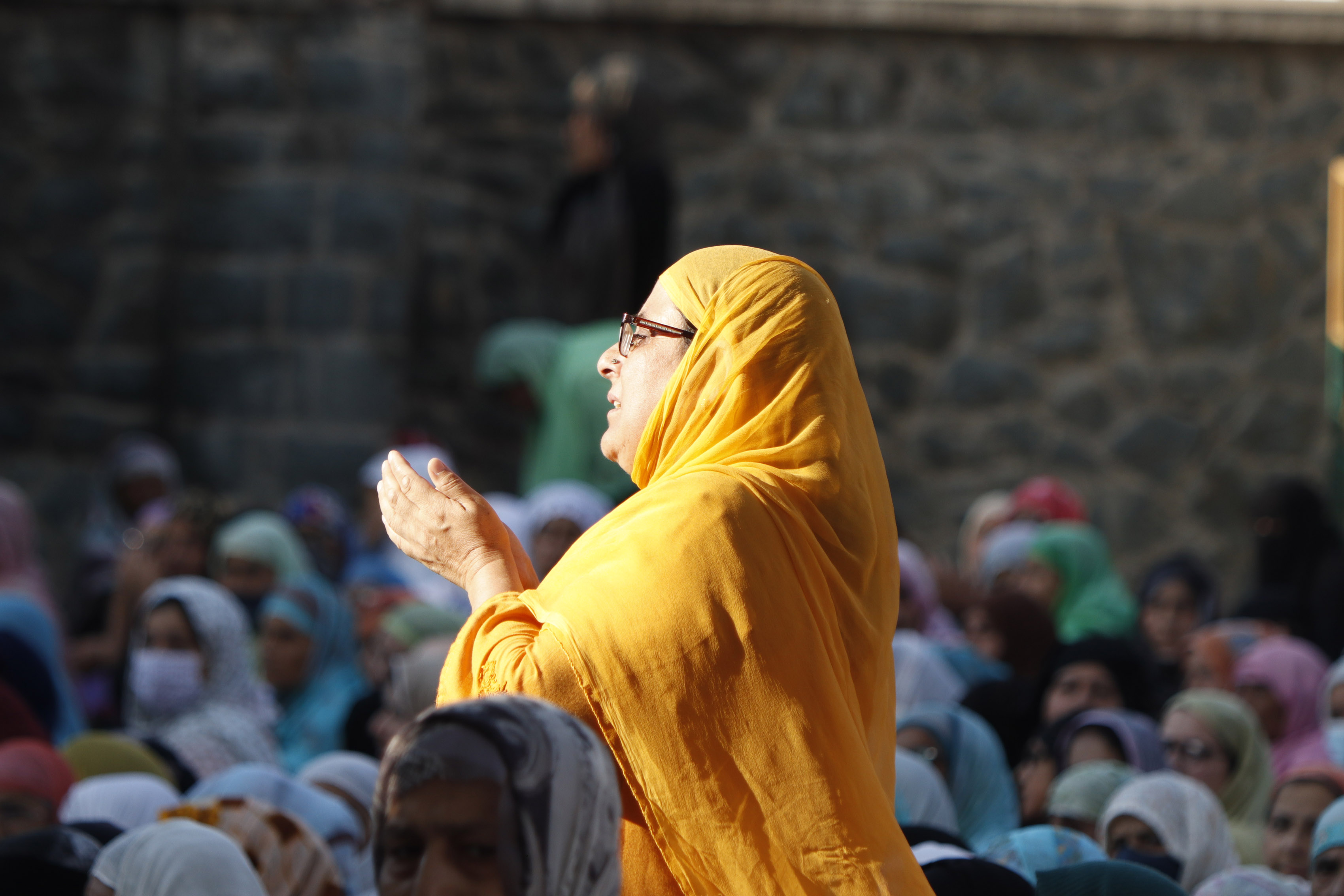 A woman devotee offering prayers to the Sufi saint

After over a century Khwaja Khawand Mahmud arrived here at the end of 16th century AD. The Khwaja was the son of Khwaja Mir Sayid Sharif, who claimed descent from Khwja Ala-ud-din Attar, a distinguished disciple of Khwaja Baha-ud-Din Naqshband.


Before entering Kashmir from Kabul, Khwaja Khawand had journeyed to many countries. The Khwaja did not stay in Kashmir for long and soon left for Agra. However in the 17th century, when Khwaja Khawand made several further visits to Kashmir, the Naqshbandi order received a great impetus.