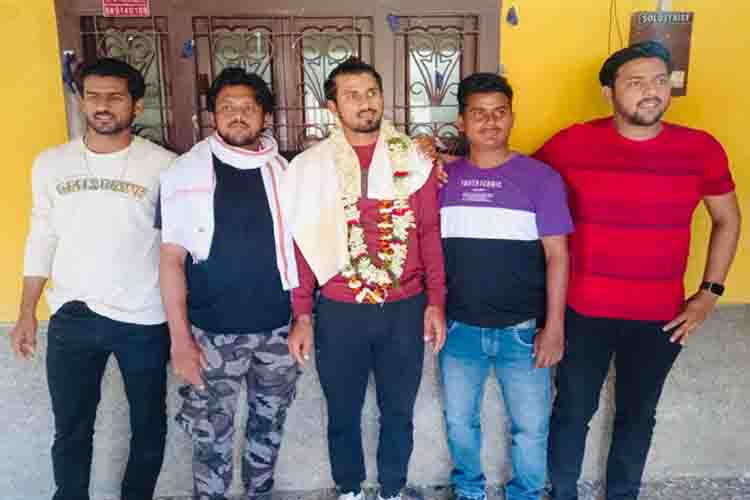 Shakibul Gani with his family after Ranji Trophy
Motihari
Shakibul Ghani emerged as a bright cricketing talent during the latest Ranji Trophy tournament after he scored a triple century against Mizoram and made a national record. However, this young cricketer from Bihar has not been sitting pretty basking in the glory of the national record holder.
He along with his brother and coach Faisal Ghani is sweating it out in the field daily for his aim is to get selected for the IPL and then for the national team.

Shakibul, a resident of Motihari, was hailed for scoring a record-breaking 341 runs in an innings of a first-class cricket match. He was on top of the world when veteran Sachin Tendulkar congratulated him on his achievement.

Even today, Shakibul does not have the means to spend a lot of money on his training and other parameters and, therefore, working hard in the field is the only way forward for him.
Shakibul, who is representing Bihar in the Heyman Trophy, says that in today's competitive cricket, “We need to play shots all around the field and adapt to the situations, hence one needs to put in a lot of hard work.’ 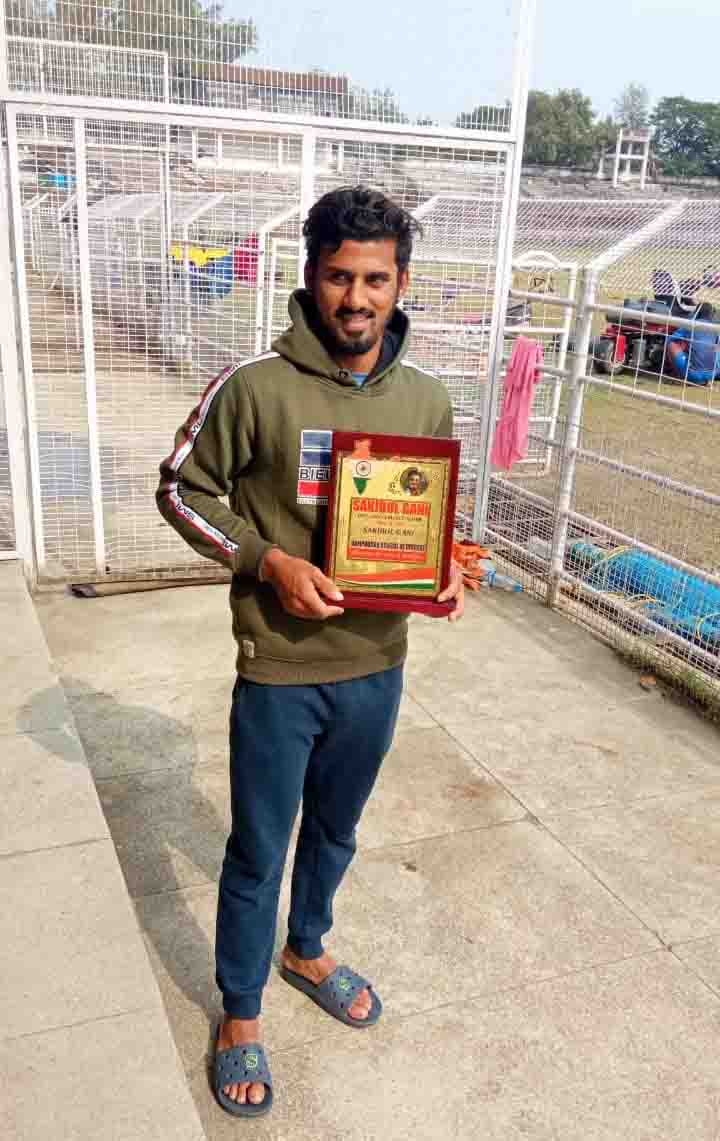 Ghani is happy that he is receiving the full support of his family. He said a good bat costs around Rs 30,000-35,000 and therefore beyond the means of a middle-class family. His parents have never allowed Ghani to suffer for a lack of resources. he recalls how each time he needed to buy something for his cricket, his mother raised it by secretly mortgaging her jewelry.
When Sakibul was going to play Ranji Trophy, his mother gave him three bats. Ghani, the youngest of six siblings, knows that he is being pampered by his family. His Ajma Khatoon had to mortgage her gold chain to buy three cricket bats after he was selected for the Ranji Trophy.
He managed to redeem the gold through the fees he got for playing the matches.
Ghani's father Mohammad Mannan Gani is a farmer and runs a small sports shop in Motihari. To support his son’s ambition, he has many a time mortgaged his land and raised money.
Shakebul's elder brother Faisal also plays cricket, from whom Shakebul still learns the tricks of cricket. Shakebul also credits his success to his brother and mentor Faisal Ghani who runs a cricket coaching academy. Ghani says that till now he has not felt the need to go to big places to improve his cricketing skills. He is a fan of former Indian opener Virender Sehwag. 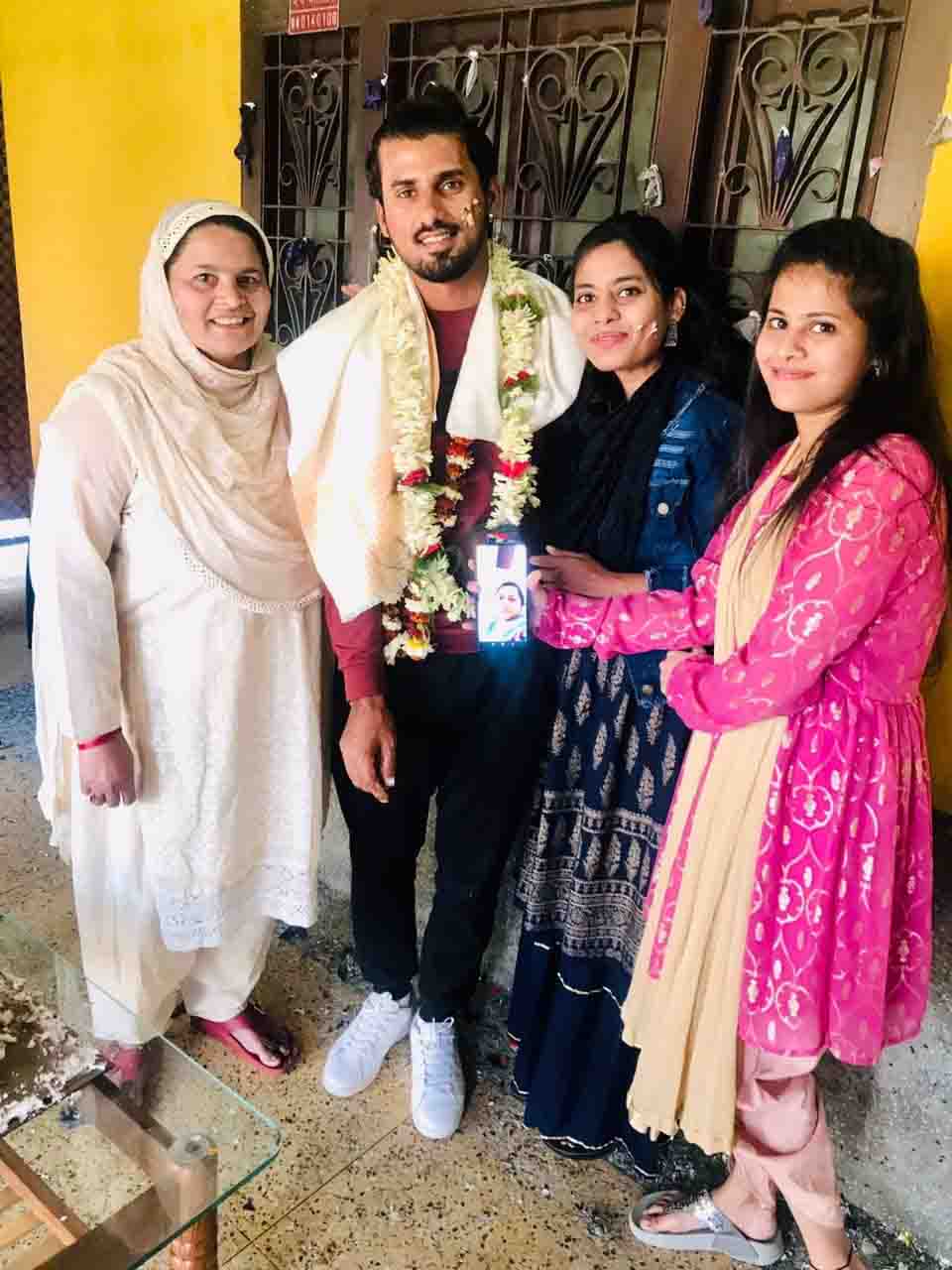 Shakibul with his mother and sisters
Ghani became obsessed with the cricket from the fourth grade and started enjoying the game of cricket. After this, the game of cricket became everything to him. Meanwhile, however, he was also under pressure to study like other parents. Due to cricket, Ghani has not been able to give the final examination of 12th (Intermediate) for the last four years.
Conversation with IANS Ghani's brother and coach Faisal Ghani's pain spills over.

Faisal says, "There is no proper facility to hone the skills of cricket in such a small place. We want to send it to Delhi, but there is no financial prosperity. Somehow a turf pitch has been made near the house. After I am back from the net practice, I do practice here. Everything in cricket is getting expensive, which is a thing outside the common people.”

He said that Shakibul Ghani has also played Bihar Under-23, Mushtaq Ali (20-20) Cricket Tournament, and Vijay Hazare (50-50) Trophy before his record-breaking innings in Ranji Trophy. Ghani has scored triple and double centuries in Bihar Under-23.