Sakshi Malik get emotional as the National anthem is played

It was a spectacular day for India in wrestling as they won medals including three gold at the ongoing Commonwealth Games 2022. India have now won six medals in wrestling on Friday - three golds, one silver and two bronze. 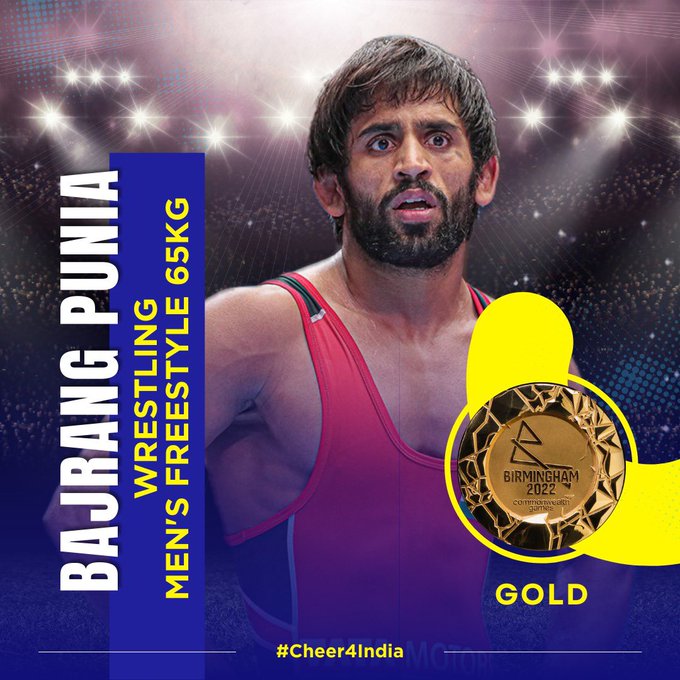 Bajrang Punia successfully defended his title and won his second successive gold medal in CWGs. While Deepak Punia bagged his maiden medal in CWG and he got it done with gold under his kitty. Sakshi Malik also returned to her best and claimed gold to add more to India's tally.

Anshu Malik won the silver after losing the final bout, while Divya Kakran and Mohit Grewal won the bronze medals in their respective categories. 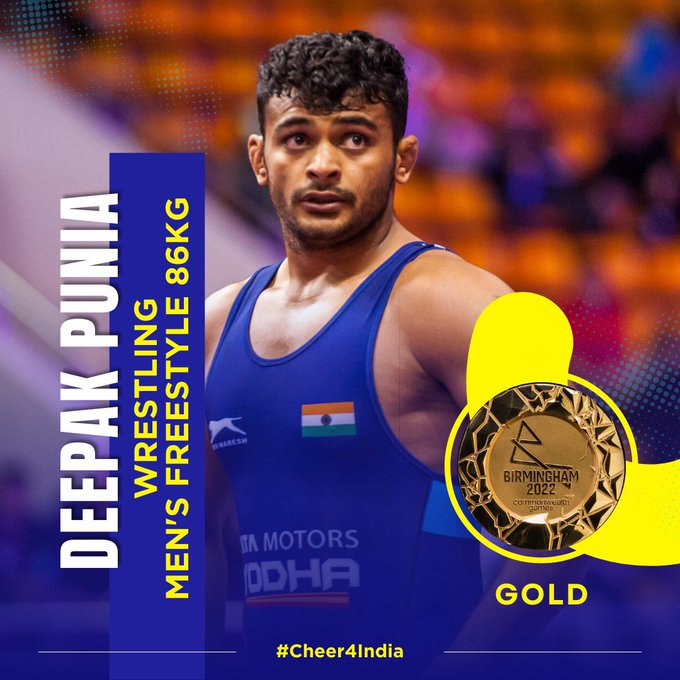 Men's Lawn Bowls Fours team assured a medal for India as they defeated England to reach the final. While India women's hockey team had to face a defeat in the semi-finals against Australia after a controversial decision from the referee followed by a below-par display by attackers in the penalty shootout.

Also Read: Sudhir's journey from fields of Lath to a historic gold at CWG

Star Indian paddler Manika Batra's women's singles campaign came to an end in the CWG 2022 after she lost the quarterfinals event.