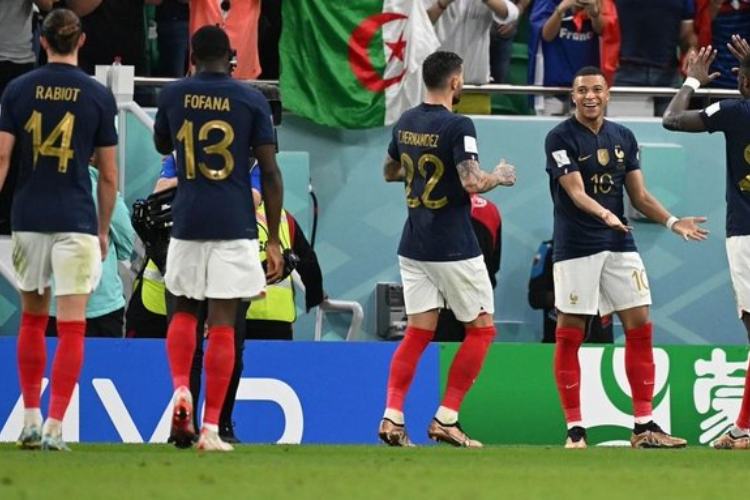 Defending champions France eased to a comfortable 3-1 win over Poland to make it to the quarterfinals of the FIFA World Cup on Sunday.

At the Al Thumama Stadium, a brace from Kylian Mbappe and a record-breaking goal from Olivier Giroud helped Didier Deschamps' team's cause.

Poland's Robert Lewandowski managed to get a consolation strike in injury stoppage time from the penalty spot.

Giroud (44th minute) scored just before half-time to open the door, and Mbappe (74 and 90'+1) marched through it with two scorchers in the second half.  Lewandowski scored in the ninth minute of stoppage time to salvage some pride for the Poles.

Poland, in the knockout stage for the first time since 1986 and looking for a first quarterfinal appearance since 1982, was the better team in the first half but could not convert their chances, while France managed to latch on to the chance to score with a minute left for the first half.

It was Giroud's 52nd goal for Les Bleus, which puts him one ahead of Thierry Henry and etched his name into the France history books as the all-time top scorer for France.

In the second half, France were definitely the better team and the two goals from Mhappe took the game away from Poland.

France will meet England on Saturday in the last-eight clash.