Be it the Olympics, Asian Games, Commonwealth Games, or South Asian Games, it’s most likely that the first medal for India is bagged by a player from the Northeast region, especially in the power games such as weightlifting or boxing. The region has produced weightlifters such as Kunjarani Devi, Y Renubala Chanu, Mirabai Chanu, Sidhanta Gogoi, Bindyarani Devi, Markio Tario or the latest 19-year-old Commonwealth Games sensation from Mizoram Jeremy Lalrinnunga.

He also said that the practice of trekking the hill slope often with head loads and backpacks helps the locals develop strength in their limbs and its genetic inheritance. “Also, the shorter stature of the people of the region is an advantage as far as weightlifting is concerned. It’s because they don’t have to lift the weights to a higher level negotiating the gravitational force,” he added. Goswami, however, would have liked to see many more Olympians from the region. “There is tremendous potential in the region. We should have been able to produce more Olympic medalists, but, we are not able to take the necessary initiatives to nurture those talents given the paucity of funds. Being associated with the sport for a long time, I have come across some outstanding talents in this part of the country. But, despite our best efforts, we have not been able to groom them into Olympic or Asian Games medal prospects primarily due to a lack of financial support to meet their expenses.

“The Government of India has schemes meant for talented sportspersons, but those are for the achievers only. Also help from these schemes comes only after they have made it big and they do not need it any longer. There is not enough support towards scouting and grooming talents to take them to the next level so that they can also avail of the schemes like Target Olympic Podium Scheme (TOPS) or Khelo India Centre of Excellence facilities.”

Manipur and Arunachal Pradesh governments are exceptions though, and that’s why they have been consistently doing well in the sport. I feel, it is basically due to the dearth of policy initiatives on the part of the state governments to encourage corporate involvement in the promotion of sports and sportspersons,” Goswami said. Asked if TOPS could be credited for the achievements of lifters such as Mirabai Chanu, Jeremy Lalrinnunga, or Bindyarani Devi in the ongoing Commonwealth Games at Birmingham, Goswami said: “Of course, they have been reaping the benefits of the ambitious scheme, thanks to the Central government for introducing it. But, that is a scheme meant for the achievers. It helps them sustain their prowess and further improve their skills.

Where is the scheme for nurturing talents from the grassroots level to qualify for the benefits of TOPS?

“Like the Centre’s TOPS, every state government should take initiatives involving the corporates to introduce similar schemes to groom the grassroots level talents into achievers to avail the benefits of TOPS and reap laurels for the country. I am sure, such an initiative can only help India’s medal tallies grow in the international arena.”

TOPS, an initiative of erstwhile Union sports minister Sarbananda Sonowal and formulated and implemented by the Sports Authority of India, aims at producing Olympic medallists out of talented sportspersons. Under the scheme, athletes are provided all kinds of financial and logistic support at government expense. 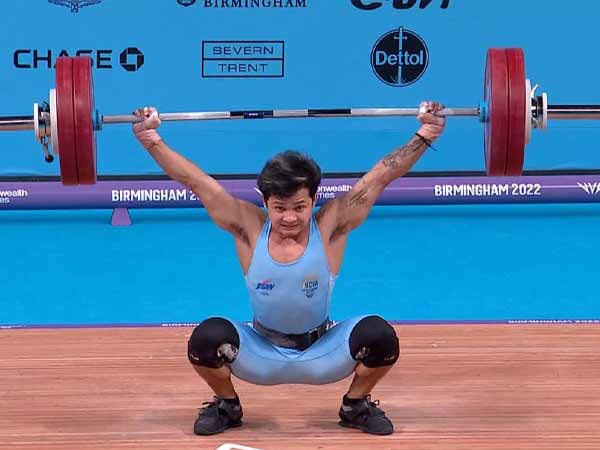 Facilities such as equipment, specialized coaches, stipend, overseas coaching, etc are extended to the athletes. “Athletes under TOPS are given all support. They just need to be dedicated to honing their skills. They don’t have to worry about anything,” said former SAI regional director Subhash Basumatary, who was part of the SAI team that formulated the scheme.

Basumatary also attributed the success of the weightlifters to the TOPS. “Under the scheme, the Govt of India has been spending crores of rupees on every single player. Players like Mirabai Chanu were sent to the US for advanced coaching. The efforts have started paying off in the form of medals in the Olympics as well as the Commonwealth Games. I am sure, a few more TOPS athletes will win medals in Birmingham,” he said.

About Goswami and other sports organizers’ contention that there is not enough similar support in the states at the grassroots level, Basumatary said: “There is the Khelo India scheme which is meant for grassroots level. However, the states are not being able to reap the benefits due to lack of coordination.”

The scheme gives accreditation to the sports academies under Khelo India. These centers are given financial help, coaching modules, coaching, advanced coaching and other support. “The academies will have to be authentic and empanelled by the respective state governments. For instance, the boxing academies of MC Mary Kom and L Sarita Devi in Manipur have been deriving the benefits of the scheme,” he said.

He also appealed to the former sportspersons to set up academies and avail the benefits under Khelo India in the interest of the talented sportspersons of the region. “One can emulate the example set by boxer Sarita Devi who invested all she had earned as awards to purchase a plot of land in Imphal and set up a boxing academy. It’s now flourishing and is availing the government benefits,” he said.