The since prohibited triple or oral Talaq among Muslims wherein a man divorces his wife by pronouncing the word talaq thrice in a row gives a distorted image of Islam to the common people. Most non-Muslims are not aware of the fact that Muslim women have the right to seek a divorce called Khula.

Interestingly as more Muslim women in India are opting for Khula to end their marriages mainly due to ill-treatment by the spouse and non-compatibility, Muslim organizations are setting up systems to hear their cases and facilitate their divorce.

In Bihar, Imrat-e-Sharia, one of the largest Muslim organizations working in the States of Bihar, Jharkhand, Odisha, and Bihar have set up Islamic “courts” called Dar-ul-Qaza that facilitate the separation of couples based on reconciliation and mutual settlement in Khula cases.


According to the records, 118 divorce cases, initiated by women (Khula), have been settled in this religious institution located in Phulwari Sharif of Patna. Total cases before the Dar-ul-Qaza number 572. Officials at work in Dar-ul-Qaza

On Saturdays and Sundays, the ‘Court’ deals exclusively with Khula divorce cases.

The process begins with a woman filing an application for divorce in Darul-Qaza and paying Rs 500 fee. The petitioner igets a date for hearing and both parties – husband and wife – are asked to be present on the date of hearing before a Qazi (An Islamic judge).

The Qazi first tries the process of reconciliation between husband and wife and only after he fails, the judgment is pronounced.

The decision of the Qazi is given to the parties in black and white and is also documented for record of Dar-ul-Qaza. The court has not faced opposition or disagreement with its decisions so far. It also takes care that both husband and wife sign an undertaking that they will accept the decision of the Qazi.

However, an appeal can be made against the Dar-ul-Qaza’s decision to Amir-e-Shariat, chief of the organization. In the last year, only one such appeal was made and that too was dismissed based on its invalidity. Hearing a petition in Dar-ul-Qaza

Interestingly, Dar-ul-Qaza does not accept cases of men-initiated divorces. Chief Qazi Mufti Muhammad Anjar Alam Qasmi says this is because there is already a system set up for processing such divorces.

He said that just as other problems of humans have increased, the number of Khula petitions has also increased. He however feels it’s very less in comparison to the population growth.

“Dar-ul-Qaza mediates, our efforts are for conciliation. People often leave satisfied, decisions are made in the light of Quran, Hadith, no guards, no police, yet peace prevails,” he told Awaz-the Voice.

Dar-ul Qaza thus offers an easy and affordable resolution of legal issues at a time when judicial courts have a high pendency rate and justice has become unaffordable and painfully delayed. Dar-ul-Qaza decides a case in a day. The petitioner and respondent come in the morning and by the time of the rising of the court, both parties leave with a clear idea about their lives and relationship.

The office of Dar-ul-Qaza issues a receipt for the fees and it’s waived off for very poor people.

Dar-ul-Qaza is a kind of Islamic court where decisions are made in the light of Sharia. Most cases about marriage and divorce are heard here. Sometimes cases related to inheritance also come up before the Qazi.

Interestingly, even a non-Muslim from Bihar Sharif also filed his petition in Dar-ul-Qaza. He had a land dispute with a Muslim.

Currently, 82 branches of Darul-Qaza are functioning in Jharkhand, Odisha, Bengal, and Bihar. 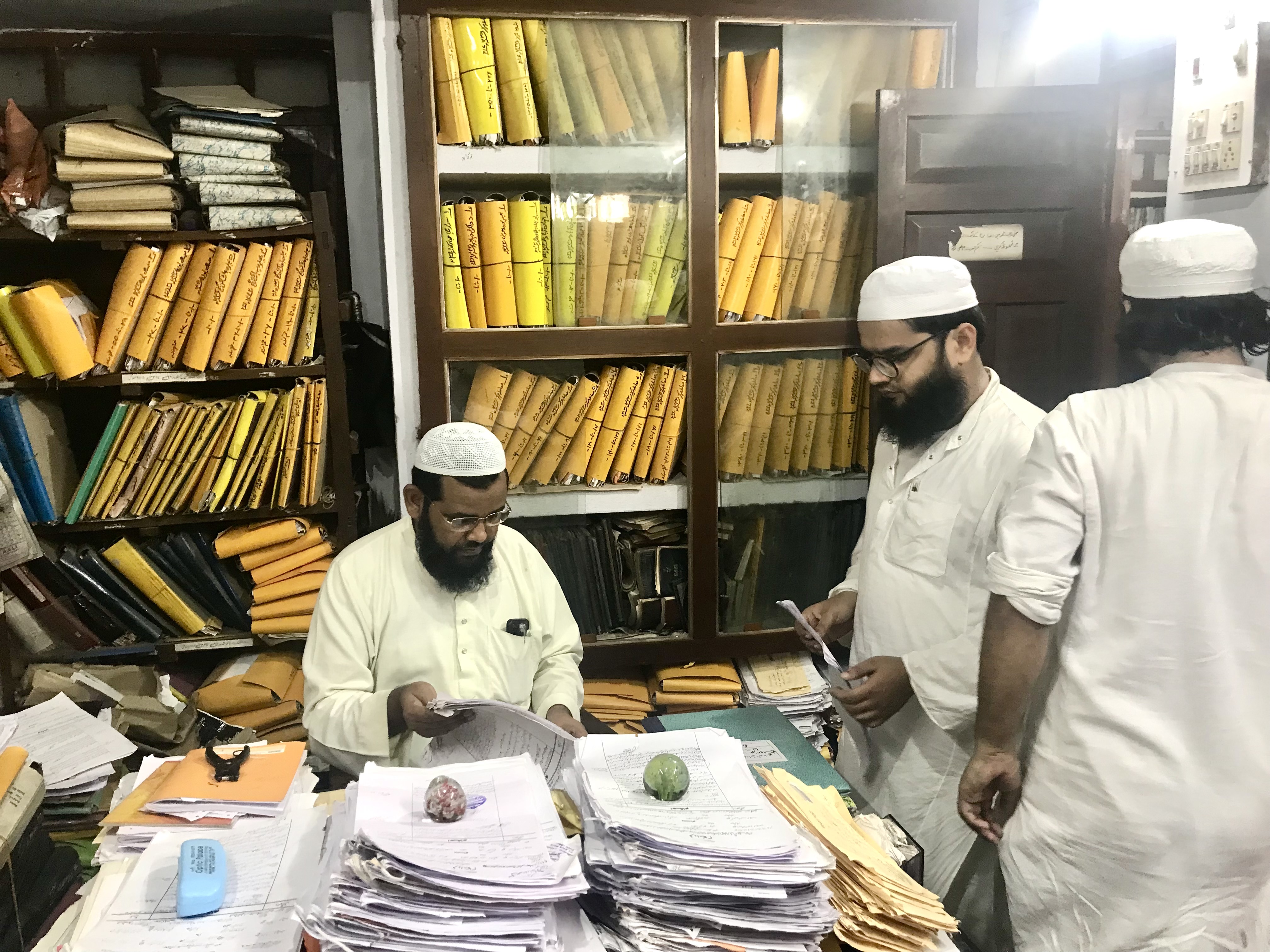 After the US-educated Ahmed Faisal Rahmani become the head of the organization, 10 new Darul Qaza have been opened.

Dar-ul-Qaza of Phulwari Sharif has a record room, a separate chamber for the Head Qazi, and another for Deputy Qazi. At least 18 staff members work in a hall in this center.

ALSO READ: Moinuddin's flowers must for Hindus praying for moksha at Gaya

The center has one Deputy Qazi and three Associate Qazis, each one have their specialty. They process the cases and leave the final decision for Chief Qazi Mufti Muhammad Anjar Alam Qasmi.