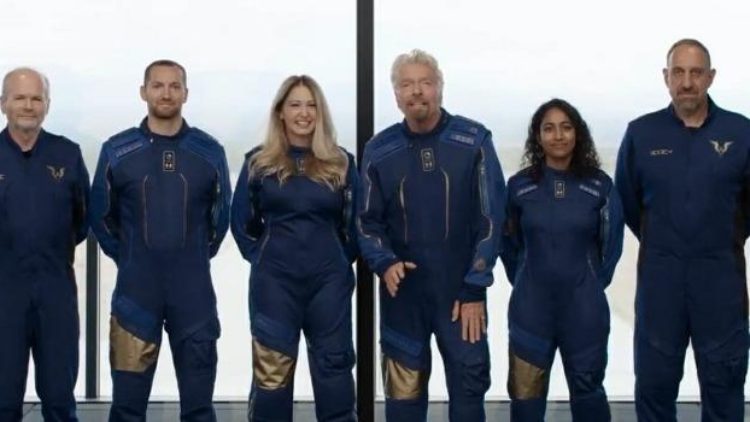 Sirisha Bandla with her teammates (file photo)
Amaravati
Andhra Pradesh Governor Biswa Bhusan Harichandan and Chief Minister Y.S. Jagan Mohan Reddy have hailed Indian American Sirisha Bandla's space flight.
"It was a proud moment for the state as the Guntur-born Bandla flew on Virgin Galactic space flight," said Reddy on Sunday night.
He said the trajectory of the 34-year-old aeronautical engineer has been amazing and reached great heights.
Harichandan wished her all success. "I wish her all success, who (Bandla) is the first Telugu girl and third Indian origin woman to head to space," said the Governor.
Bandla's grandfather Venkat Narasaiah savoured her space moment at his home in Tenali.
Narasaiah and his wife Rama Devi took care of Bandla during her childhood before she emigrated to the US.
Expressing his happiness, Narasaiah said that he never thought Bandla would travel to space but said she is a very brave girl.
On Sunday, Bandla briefly flew into space and safely returned to earth in the Virgin Galactic mission, along with Richard Branson and others.
She played the role of researcher experience during the flight.