Journey of Arfa as a Kalarippayattu fighter 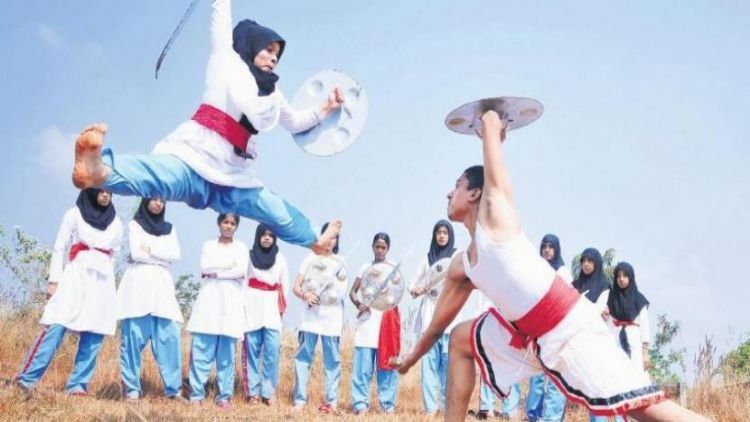 Arfa training others in Kalaripayattu

As against the male dominance in Kalaripayattu, the traditional martial art of Kerala, Hamza Guru Kakal had encouraged his granddaughter to learn it.

He not only taught this skill to hundreds of persons, but also instilled the passion for this art in the mind of his five-year-old granddaughter Arfa Kodel and helped her to master it.

However, the decision of Hamza, a resident of Malappuram, to teachKalaripayattu to his granddaughter, was not an easy one. He was trying to break the age old barriers of religion and society.

As soon as the news of a Muslim girl learningKalaripayattu reached the society, there was uproar. However the Guru continued to do what he believed was right.

Recently, 26-year-old Arfa Kodel has proved her mettle by emerging as a top ranking trainer in Kaliripayattu.

Arfa says, “When I was a child, I used to see my family members practicing Kalaripayattu.” Then she used to think that everyone should learn this martial art.

“Since the age of five I have been interested in this art, seeing that my father decided to train me.” Five-time national champion Arfa is the first Muslim girl in the country to master the Kalaripayattu. 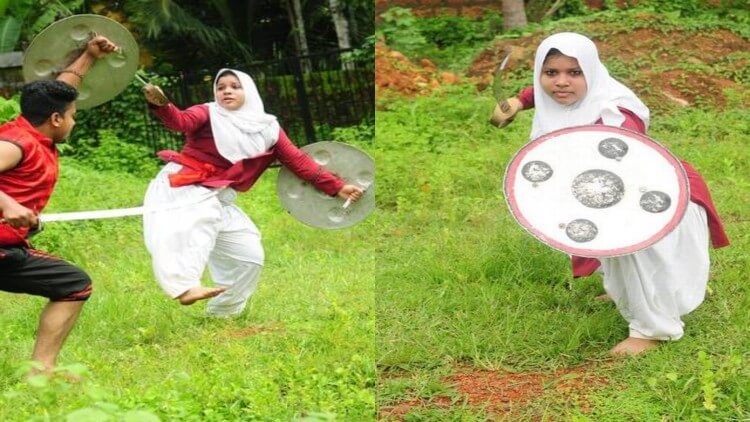 In most of the competitions, he was the only girl or the only Muslim girl. She has represented Mallapuram in state-level competitions. After the death of Hamza Thali, his son KM Hanif took over the task of teaching Kalaripayattu.

Hanif says that when Arfa was introduced to the various lessons of Kalaripayattu, many people in the society told us not to let her showcase her abilities on stage.

The people would say the art of Kalaripayattu, is not suitable for women. But as a family, we never paid heed to those words. We always told our kids not to be bothered by comments. Those who pointed fingers at Arfa soon became her fans. Now everyone is convinced of his defensive technique.

Hanif said, “We are living in a time when we have to come out of the difference between man and woman.” Now the situation is not like before. Now, most of the parents teach their children at the age of four for training at their centre.

Arfa believes that it is very important for women to learn martial arts. She says, “Our father runs a separate batch to teach women, in which besides my father, sister Ashifa and I train about 50 girls.

They are also told how a bag, umbrella, pen or purse can be used for self-defence. He said that a woman can threaten anyone who wants to attack by just rolling her eyes.

Arfa knows how to use many types of weapons. They include orumi, precha, katara (dagger), kathi, kantham (spear), korvadi (shoulder stick) and nedovidi. Kalaripayattu trainees can wield weapons only after years of practice.

A graduate in optometry, Arfa now lives with her husband in Chekanoor, Palakkad. His 21-year-old sister Ashfa runs a women's centre for Kalaripayattu. Arfa comes only during special classes and competitions. “My students recently won a gold medal in the state competition in Trivandrum,” says Arfa.