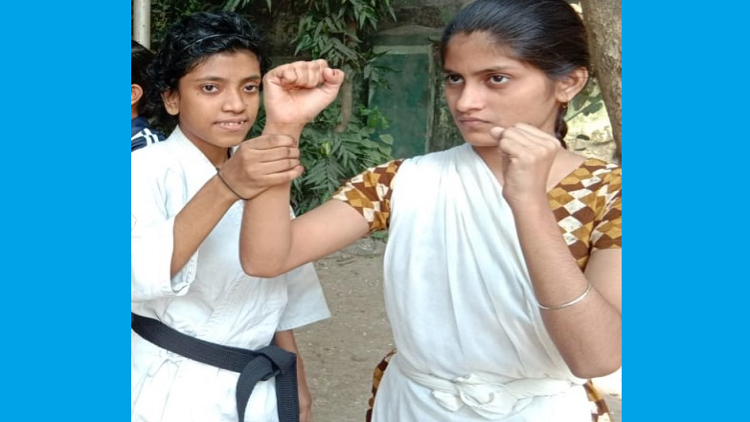 Ayesha Noor was 13 when India had erupted in anger over the rape culture culminating in the brutal assault and subsequent death of a young medico in Delhi, eight years ago.

The government responded with making policy changes and setting up a fund ‘Nirbhya fund’ for women’s safety and the crowds went home. 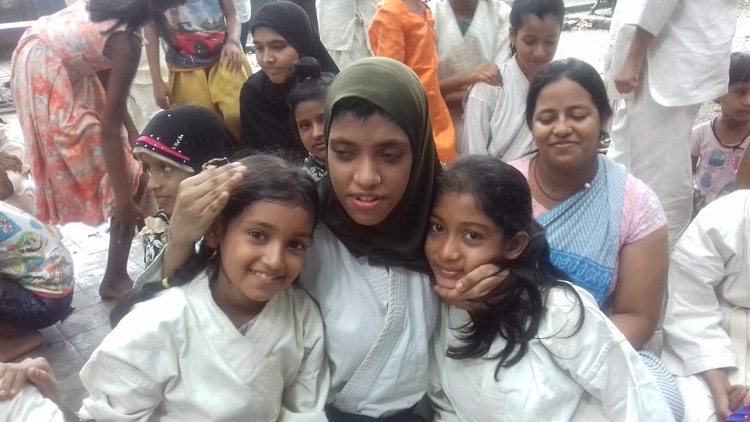 Ayesha was, however, restless. One thing was clear to her - women have to become strong and be able to defend themselves.

Ayesha was already learning Karate and was a black belt. She started teaching self-defence skills to girls of her locality at the Ramlila Park.

Today, at 21, Ayesha is a force to reckon with in her community as she has managed to conduct her self-defence classes even during the lockdown while maintaining social distance.

At present 600 women attend her classes.

Ayesha’s free training offer has made her an inspiration for girls from the Muslim community. In her class women in abaya, hiijab and sari can be seen learning karate side by side. Even young girls who come with their mothers or sisters can be seen  copying the aggressive poses.

Her first international medal came at 19. She won a gold in the Thai Pitchai Youth International tournament at Thiland. There has been no looking back since: she has represented India in four international and World Championships and won gold each time.

Her personal story is featured in a documentary by the International Television Series ( ITVS) called ‘ Girl Connected.’ 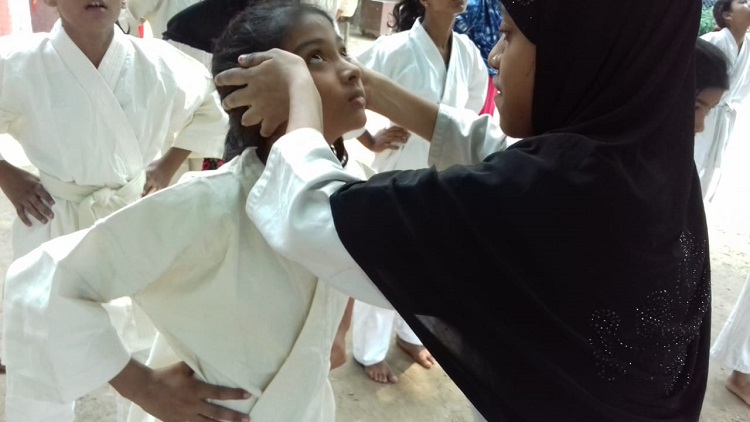 Ayesha’s zeal is commendable  as she never allowed difficult circumstance her of life crush her spirit.

Ayesha was born and raised in a slum. Inspired by her brother, who was learning Kraate, Ayesha joined the coaching at the age of 6. When she was 13, she lost her father and the family's bread-earner. Her mother Shakila Begum took to sewing to support the family.

All this affected Ayesh’s health and studies. Ayesha suffers from epilepsy.

She was honoured by the United States of America as the ‘Hero of Gender Equality’ in New Delhi.

At present when all the international karate events have been shelved due to COVID-19 Ayesha continues her preparation for the 2022 World Karate Meet.

Speaking with Awaz the Voice, Ayesha signs off with her one-liner: Karate sikho aur khud ki bachao karo. (learn Karate to safeguard yourself)