Jyoti Ali speaking at the function where Hedayat Ali was honoured

The popular proverb says: ‘Behind every successful man, there stands a woman’. And, it applies in toto in case of Hedayet Ali, the Assamese mountaineer who recently climbed Mt Everest. His wife Jyoti Ali is a trekker and would often hike a hill near their residence in the Bay area of California in the US; she inspired Hedayat Ali to take up mountaineering about 10 years ago.

“I used to hike a small hill near our residence in the US. I loved it very much. One day I asked Hedayet to give it a try and he liked it so much that his quest to hike the Himalayas took rebirth in him. He also started hiking and in due course of time, he started preparing for mountaineering ... The result is what he is today,” Jyoti said during a felicitation on his homecoming by premier adventure sports organization Explorers here recently.

Several other organizations, including Assam Olympic Association, also honoured the Everester on the occasion.

“Not only did she inspire me to undertake the adventures, but also gave me all the mental and logistic support all the time. She is someone who would never discourage or dissuade me in my adventures despite knowing that my slightest mistake atop a peak like Mt Everest means certain death,” Assam's Dampur-born Silicon Valley software engineer Hedayet chipped in.


“I am the happiest person today. We hadn’t heard his voice since the day he left the basecamp to scale the highest peak of the world early this month. We heaved a sigh of relief the day we heard from him on his return to base camp. But, then it took several days for his recovery at Kathmandu. When we saw him here today, our joys knew no bounds,” she said. 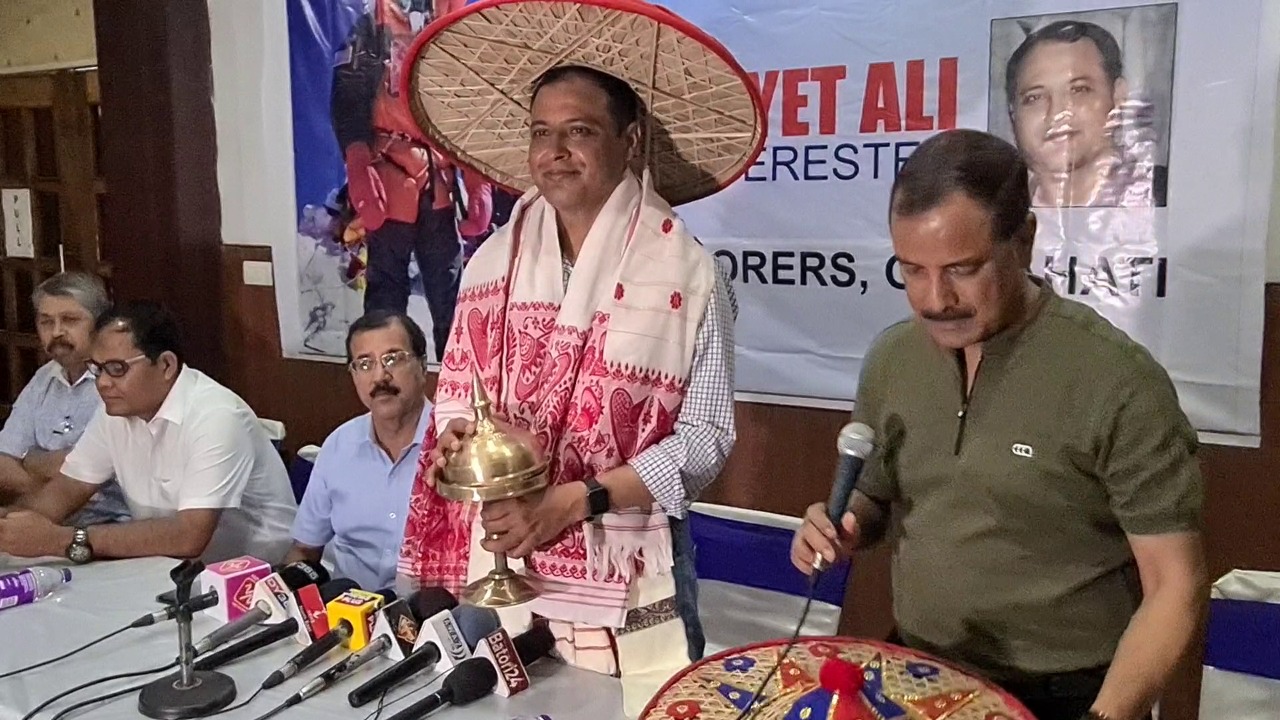 Hedayat Ali being felicitated in Guwahati

Not only does Jyoti inspire and mentally support Hedayet in his adventures, but she is also his costume designer. “You can see the designs of the traditional Assamese gamocha (scarf) embroidered on my Everest costume. It was all embroidered by my wife. She also takes good care of my diet and fitness so that I can fulfill my dreams,” Hedayet said.

Asked if she would dissuade him from undertaking risky adventures, Jyoti, who is also a marathon runner, said: “I am the one who would never utter a negative word as far as fulfilling his dreams are concerned. I always support him in his adventures.”

Hedayet’s tryst with mountains started after the couple became parents to three children. “I fell in love with the Himalayas when I was part of a trekking team to Sikkim at the age of 15. But, it was quite a hurried time ever since. I kept myself busy with my studies, followed by career building and then raising children. It was all like a storm all the time.


“Then when I realized that I had always mentioned before my children that I have high dreams of conquering the mountains and it would not be fair to give it up without giving it a try. It would give a wrong impression on my children’s minds. So, I started reading a lot about the adventures of mountaineering to gather knowledge. Then, I started preparing myself for the task. And, by the grace of God, I have succeeded in my endeavours so far,” he said. 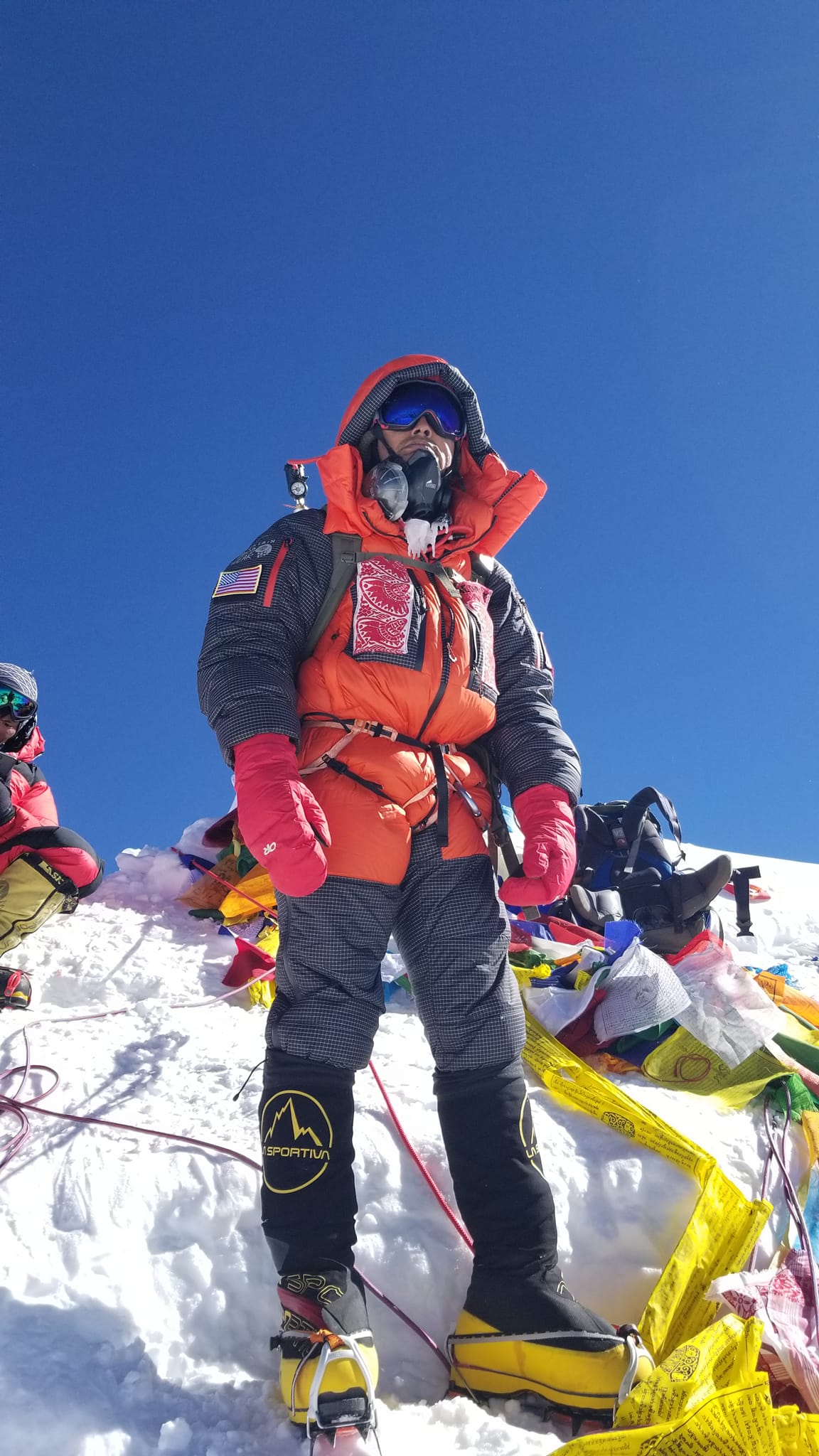 Hedayat Ali at the Peak of Mount Everest

Hedayet had attempted scaling the peak in 2021 but had to beat a retreat midway due to the Covid-19 outbreak in his team.

About his summiting moment, Hedayet said: “I stayed at the summit for about 15 minutes. It was a moment of fulfillment. For a moment, I was oblivious. But, then I realized I’ll have to scale down again to see my family again. I’ll have to return for them. Then I recollected myself and started climbing down with equal precautions as we had to take at the time of hiking.”

About challenges he faced while scaling the peak as the first batch of mountaineers of the season, Hedayet, who led an 11-member international expedition team, said: “It was the virgin snow and ice-covered path that we had to stride through. If any other expedition precedes that the following trekkers get the help of some stair-like footholds created due to stepping by the predecessors. However, we had to create those footholds.”