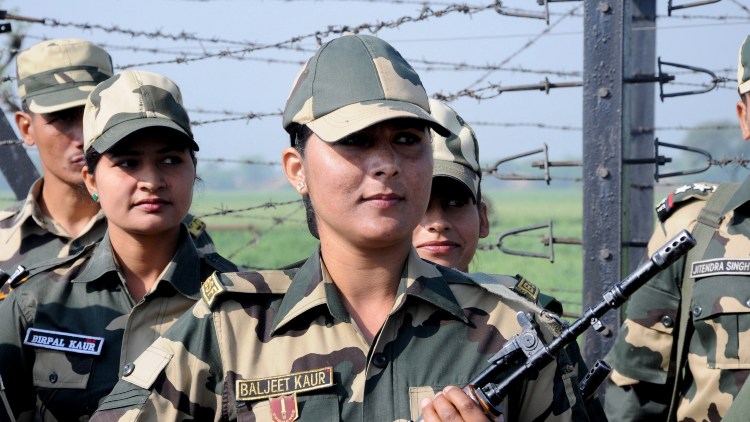 Indian Army- Women
Srinagar
Indian army deployed women soldiers on Friday at various checkpoints in J&K's Ganderbal district in order to bridge the gap between locals and the security forces.
Colonel R.S. Karakoti, commanding officer of 34 Assam Rifles said the Rifle women of Assam Rifles have been deployed at mobile vehicle check posts in Ganderbal district.
Women soldiers are also known as Rifle women in the area. They were first deployed in Kupwara district in August 2020 after intelligence reports that militants were employing women handlers for narco and weapon smuggling.
Colonel Karakoti said the Rifle women have been a force multiplier and they have become the bridge between the locals and the security forces.
"We deploy them during other operations as well. They have been able to develop a special relationship between the locals and the security forces," the officer said.