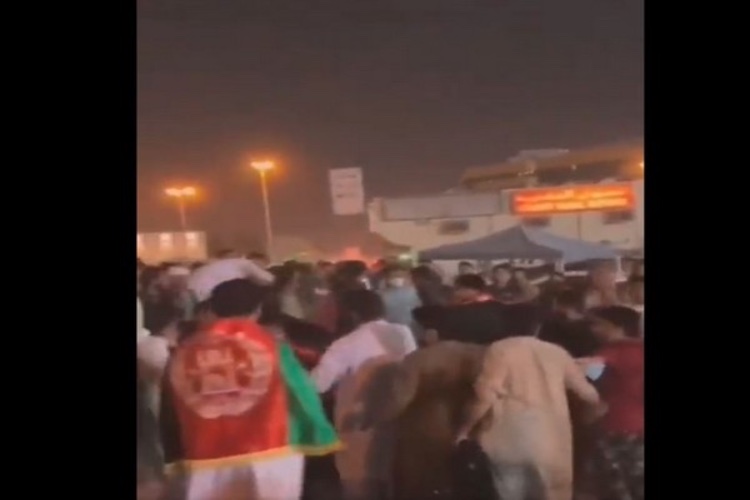 Clashes were reported between the supporters of Afghanistan and Pakistan after the latter won the cricket match in the ongoing Asia Cup 2022 in Sharjah on Wednesday.

According to Mohsin Dawar who is a Member National Assembly from North Waziristan in Pakistan, Pakistan's decades-old "strategic depth policy" and "interventionist misadventures in Afghanistan" is the reason behind Afghans having problems with Pakistan.

Pakistan's decades-old strategic depth policy and interventionist misadventures in Afghanistan are why Afghans have a problem with Pakistan. Introspect before belittling Afghans," tweeted Dawar who is also the Chairman Foreign Affairs Committee.

All the developments took place after Pakistan batter Naseem Shah's two back-to-back sixes in the first two balls off the final over undid brilliant bowling by Afghanistan throughout the innings, which secured a one-wicket win for Pakistan in a thrilling Super Four clash at the ongoing Asia Cup 2022 on Wednesday.

Afghanistan was shown the exit door after posting just 129/6 on the board. However, they almost took their side towards a win but Naseem's two sixes in the last over sealed a win for Pakistan. Iftikhar Ahmed (30) and Shadab Khan (36) posted valuable contributions for Pakistan. A final between Sri Lanka and Pakistan is set.

Meanwhile, violence took place on August 28 in UK's Leicester after India won the match against Pakistan in Asia Cup 2022. Various videos and reports have been circulating on social media about further attacks following last weekend's incident.

"Gangs running riot and escalating attacks on Hindus. Innocent Hindus have been terrorized in their own properties, there have been attempts to stab and there has been rampant vandalism of Hindu properties," Rashami Samant, a human rights activist tweeted.