Developments in Afghanistan will have wider ramifications: India at UN 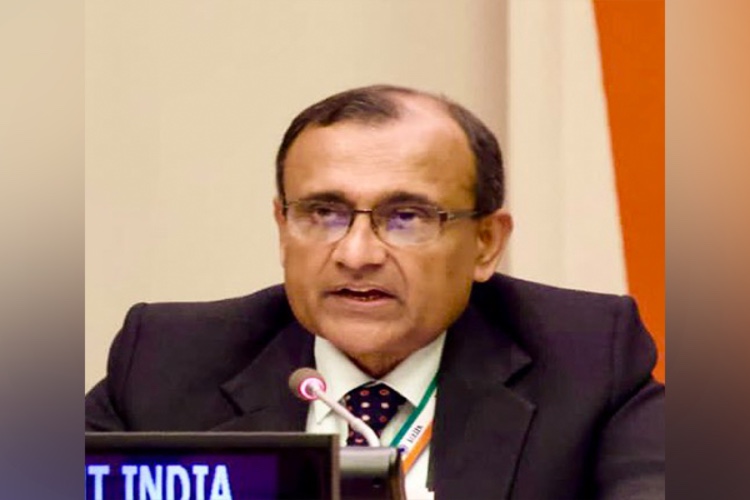 India's Permanent Representative to the United Nations TS Tirumurti on Wednesday (local time) said that developments in Afghanistan will have wider ramifications to the Central Asia region.

Participating in UN Security Council open debate on "Cooperation between the UN and the Regional and Sub-Regional Organizations in Maintenance of International Peace and Security: Cooperation between the United Nations and the Collective Security Treaty Organization (CSTO)", he said, "The developments in Afghanistan will have wider ramifications to the Central Asia region, particularly the possible growth in international terrorism and drug trafficking emanating from the Afghan territory".

The situation in Afghanistan has deteriorated drastically since the Taliban took control of Kabul in mid-August last year. A combination of a suspension of foreign aid, the freezing of Afghan government assets, and international sanctions on the Taliban have plunged the country, already suffering from high poverty levels, into a full-blown economic crisis.

UN Security Council Resolution 2593 reflects the expectations of the international community that Afghan soil should not be used for sheltering, training, planning, or financing terrorist acts. "The international community need to take cognizance of the concerns which Central Asian countries have on developments in Afghanistan," said Tirumurti. CSTO consists of Armenia, Belarus, Kazakhstan, Kyrgyzstan, and Tajikistan and is celebrating the 20th anniversary of its establishment this year. Central Asia is central to India's vision of an integrated and stable extended neighbourhood.

The diplomatic relations between India and Central Asian countries have completed 30 meaningful years. "Regional and sub-regional organizations, have time and again shown how important their role is in the maintenance of international peace and security. They have an important role in the settlement of disputes, especially in conflict situations," said Tirumurti. "We, therefore, support active engagement between the UN and regional and sub-regional organizations, and in line with the Charter of the UN," said the Indian envoy. India also noted the ongoing cooperation between the UN and CSTO based on 2010 Joint Declaration.

The United Nations Regional Centre for Preventive Diplomacy for Central Asia has also contributed further to the strengthening cooperation on issues of shared interest and concern, mainly terrorism, violent extremism, and drug trafficking. In the spirit of our development partnership with Central Asian region, India offered, inter alia, USD 1 billion Line of Credit for priority developmental projects. India is also providing grant assistance for the implementation of High Impact Community Development Projects (HICDP) for furthering socio-economic development in the countries of the region.

"We have created India-Central Asia Dialogue platform for strengthening cooperation between India and the Central Asian countries," added Tirumurti. India's steps to modernize the infrastructure of the Chabahar port in Iran, which will become an important link in trade and transport communications between the markets of Central and South Asia, has been appreciated by Central Asian countries.