Food crisis in Balochistan due to flash floods 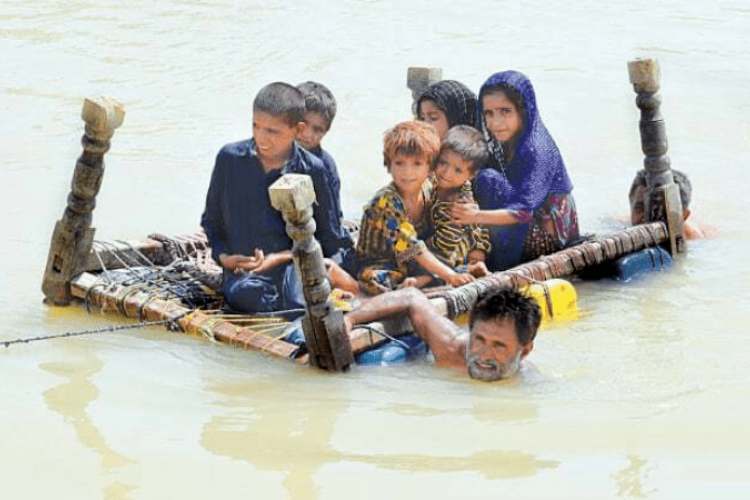 Floods have affected thousands of people in Balochistan

A fresh rain spell has intensified problems for the people in Pakistan's Balochistan province, leaving them with less or no food as flash flooding has cut off traffic between Karachi and Quetta.

The Provincial Disaster Management Authority (PDMA) has said flooding may further aggravate in northeastern and central areas of the province.

According to reports, flood victims living in relief camps have returned to their dilapidated houses after they were not provided with any facilities.

A highway linking Balochistan to Punjab has been re-opened for traffic.

Over 2,000 trucks loaded with edibles and small vehicles remained stuck in Fort Munro for a whole week, leaving vegetables and fruits spoiled.

Hundreds of people have so far lost their lives in the ongoing floods across Pakistan.